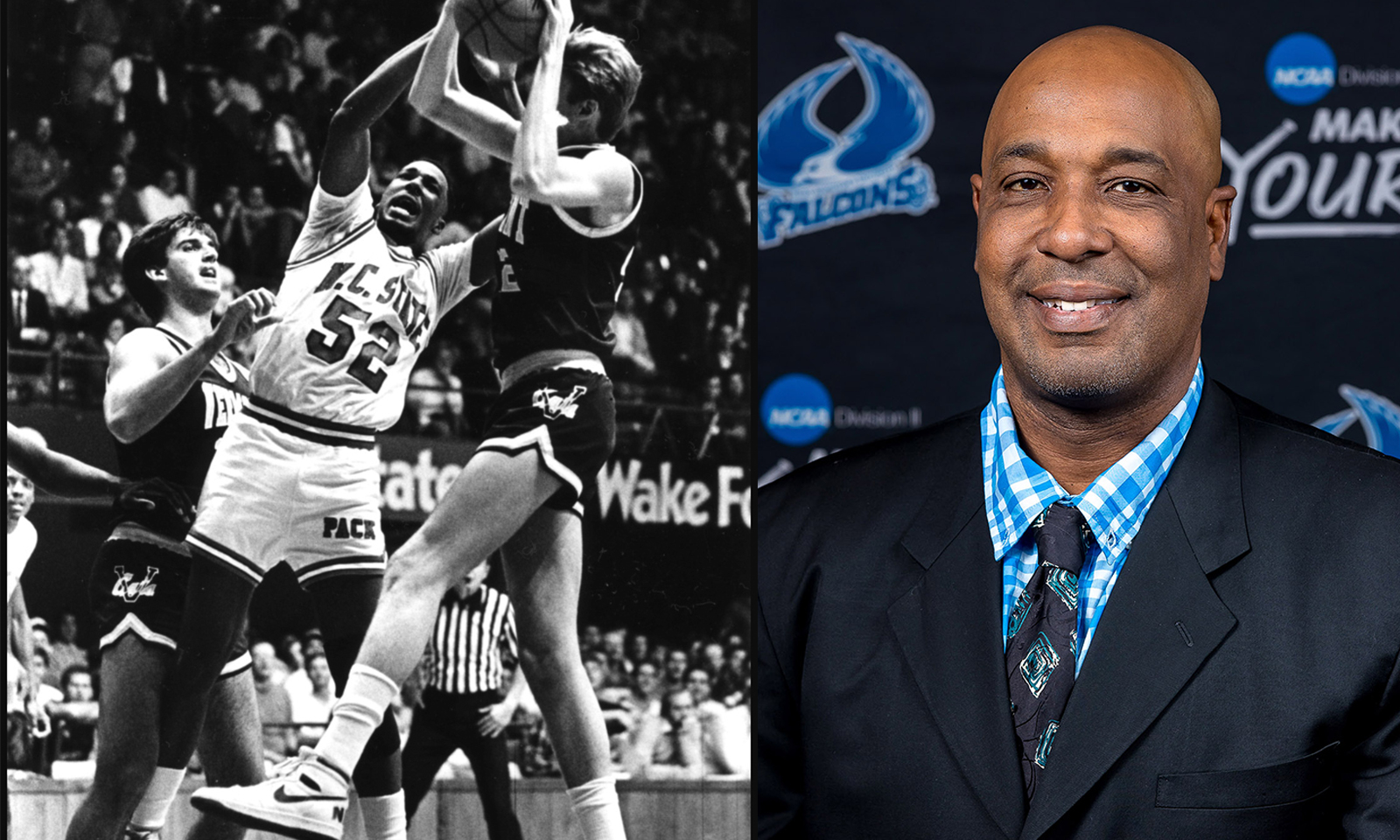 Many fans remember Brown during his collegiate basketball days at N.C. State in the late 1980s, where he helped the Wolfpack win the ACC Title.

RALEIGH, N.C. – A former basketball standout well-known in the Triangle will be the next men’s basketball coach at Saint Augustine’s University.

The SAU Department of Athletics announced that Clarence “Chucky” Brown will lead the Falcons during a special press conference on Friday, April 1, 2022.

Brown has over three decades of basketball experience as a coach, player, scout and mentor. He played 13 years and either coached or scouted 15 years in the NBA. He set a league record for playing on the most teams (12) during his NBA career.

For the past three years, Brown was the head boys’ varsity basketball coach at West Johnston High School in Benson, N.C.

Many fans remember Brown during his collegiate basketball days at N.C. State in the late 1980s, where he helped the Wolfpack win the ACC Title. Brown was the ACC’s top rebounder and a first-team all-conference selection in 1989.

His basketball highlights also include an NBA title with the Houston Rockets in the 1994-95 season. He also won a championship in the Chinese Basketball Association, becoming one of two players to win NBA and CBA titles the same year.

Today, Chucky Brown devotes his life to mentoring and developing the youth. He is a Raleigh AAU volunteer coach and mentors N.C. State basketball and football players in addition to NBA G-League players.

For 14 years, Brown has been a guest speaker for the Ultimate Experience in Basketball Camp in Raleigh, N.C. He also is the program director at the Basketball Academy at Prestonwood, a role he has held since 2017.

Though making a name for himself in basketball, Brown always knew that education was important. He proved that by finishing college after retiring from the NBA. Brown graduated from N.C. State in 2004 with a Bachelor of Arts degree in sociology.

As a prep player in Leland, N.C., Brown starred at North Brunswick High School where he was an All-American and All-State standout.
Brown currently lives in Cary, N.C., with his wife Melanie and their three daughters.