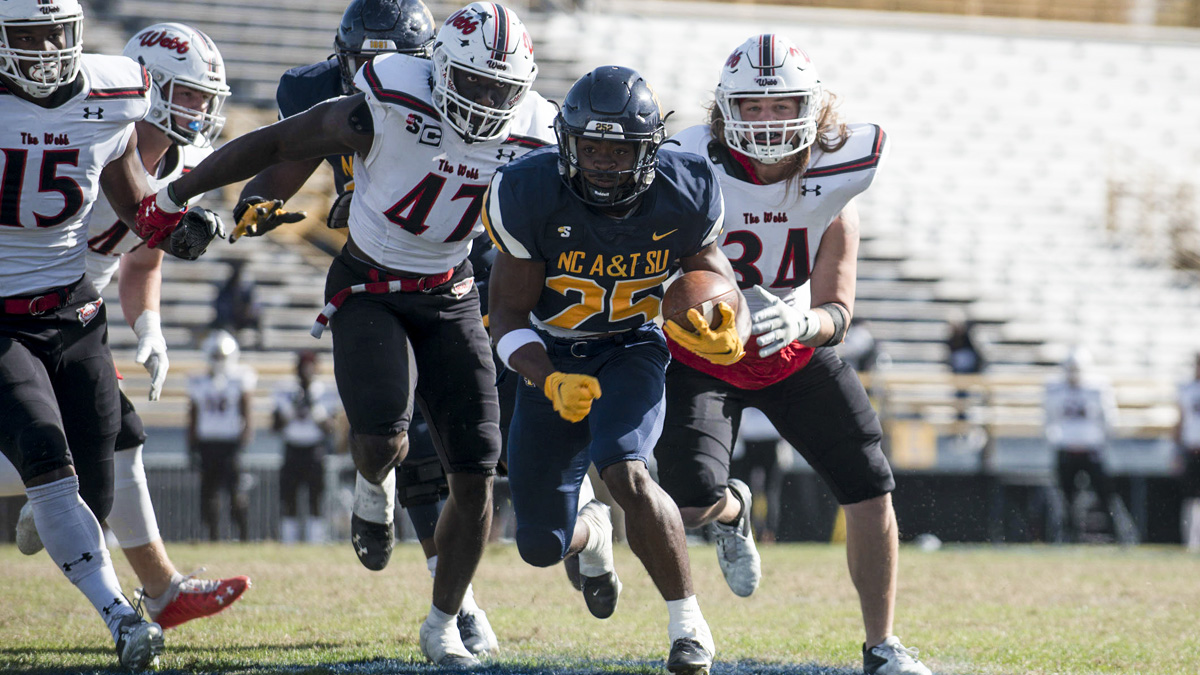 North Carolina A&T now has its Big South football schedule, which includes its opponent for GHOE AKA “Greatest Homecoming on Earth.”

North Carolina A&T football finally knows who will serve as its GHOE opponent in its final season in the Big South.

The Big South Conference released its football schedule on Wednesday and North Carolina A&T got some answers as to who it will play when.

NC A&T will host Campbell University on Saturday, October 29. That date has been designated as homecoming AKA  GHOE (Greatest Homecoming On Earth) at A&T. Last season A&T played Monmouth. The game was another homecoming sell-out for the largest HBCU in America, but the home team lost for the first time in a decade in front of the capacity crowd.

A&T is in its last season in the Big South Conference as it heads to the Colonial Athletic Association for the 2023 season. Ironically, it will open league play against Bryant, who will be playing its first game as a member of the conference. Bryant joined the league as an associate member for football earlier this month. It will travel to Greensboro, NC on Oct. 8.

GHOE will be the following week. A&T and Campbell did not meet last season. Campbell is coached by former Carolina Panthers’ defensive back Mike Minter. It is also scheduled to take on North Carolina Central this season in the first game of a home-and-home series.

A&T will host its final game as a member of the Big South Conference on Nov. 12 when Charleston Southern comes to Truist Stadium. Charleston Southern will be looking to avenge a three-point loss last season as well as one in 2019 before A&T joined the BSC.

A&T’s Big South era will come to a close in Boiling Springs, NC as it travels to take on Gardner-Webb. The two teams met in an up-and-down battle in 2021 that resulted in an epic comeback win for GWU.

The Aggies haven’t yet released a full-schedule, but that should be coming soon.