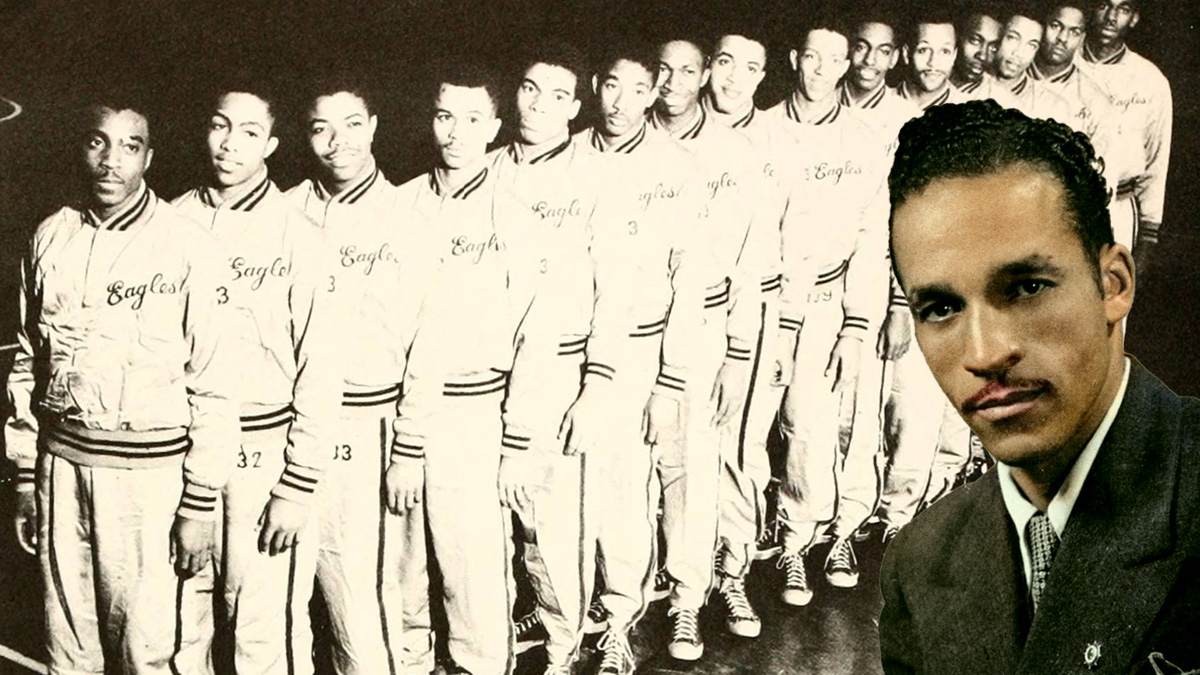 As the NCAA Final Four tips off this weekend in New Orleans, HBCU Gameday takes a look back at how the role of HBCUs and African-American coaches paved the way for the game we see today. That effort was led both strategically and on the court by John McLendon. McLendon has been called the ‘father of black basketball’ and the man who integrated college basketball.’ Part 1 of a three-part series.

HBCU hoops dominance in the NAIA from the early 1950s into the late 1970s paved the way for the integration of the NCAA. The results of that history are n evidence today as African-American athletes in major college basketball will dominate this week’s Final Four. The first of a three-part series.

The history of HBCU Hoops in the NAIA national basketball tournament is deep and long.

When Talladega College, an HBCU in Talladega, Alabama, made it to this year’s NAIA finals in Kansas City, Missouri vs. Loyola (La.) (a 71-56 loss), it was the first time a Historically Black College or University (HBCU) had reached the final game in 35 years (see graphic below).

That fact perhaps obscures the long history of struggle, success and change that HBCU coaches, administrators and teams played and evoked in the evolution of NAIA and NCAA basketball.

West Virginia State, an HBCU and former member of the Central Intercollegiate Athletic Association (CIAA), made the NAIA championship game in 1987 (a 79-77 loss to Washburn). It was practically the last act for HBCUs after over two decades of dominance in the tournament that changed the perception of black athletes and HBCUs.

Their success, in fact, paved the way for the NCAA to halt its racist, exclusionary and whites-only practices.

The results of that history and struggle will be evident this week as African-American players dominate the rosters and playing time of NCAA Final Four teams Duke, Kansas, North Carolina and Villanova.

The National Association of Intercollegiate Athletics (NAIA) Men’s Basketball National Championship has been held annually since 1937 (with the exception of 1944 and 2020). The tournament was established by James Naismith, the man credited with inventing basketbal. He wanted to crown a national champion for smaller colleges and universities.

Through the 2019–20 season, the NAIA Tournament featured 32 teams. The entire tournament was contested at one location (Kansas City, Mo.) in one week, rather than multiple locations over a series of weekends.

Soon after helping to found and birth the CIAA Basketball Tournament in 1946, North Carolina College (now NC Central) head coach John McLendon turned his focus to getting CIAA and other HBCU teams into national tournaments.

Legendary Winston-Salem State basketball coach Clarence “Big House” Gaines referred to McLendon as the ‘father of black basketball’ because of all the things he did for the sport. Others have referred to him as the person who integrated college basketball. Both titles are appropriate. More on that later.

Sources say in 1949 or 1951, McLendon along with other HBCU coaches and administrators founded the National Athletic Steering Committee (NASC). Either way, they agree that the objective of the organization was to challenge the NAIA and the NCAA Tournaments to admit African-American players and HBCUs.

According to the entry about the NAIA Tournament on Wikipedia and other sources, in 1947, Coach John Wooden of Indiana State – the legendary coach who later led UCLA to an unprecedented ten NCAA Tournament titles in a 12-year span (1964-75) at the school where future Hall of Famer Larry Bird played his college basketball – refused the invitation to the NAIA National Tournament primarily because Clarence J. Walker, the only black player on his team could not participate.

In 1948 however, the NAIA became the first national organization to open their intercollegiate postseason to black student-athletes due primarily to the media attention surrounding Manhattan College. Manhattan, who had an all-white team, learned of the NAIA rule that prohibited blacks from participating in the tournament, and after asking the NAIA to rescind the rule, the NAIA refused and Manhattan withdrew from the tournament.

The battle might have ended there but for a man named Harry Henshel, who was a member of the U.S. Olympic basketball committee. The NAIA tournament was prestigious because the champion was invited to compete at the Olympic trials in New York City. (The other teams invited were the two NCAA finalists, three teams from the Amateur Athletic Union (AAU), the winner of the National Invitation Tournament (NIT), and a YMCA team.)

Henshel suggested to the media that the NAIA national champion be eliminated from Olympic consideration.. That came after reading in the New York papers that blacks could not participate in the tournament. NAIA officials read Hershel’s statement in the papers and quickly took a telegraphic poll amongst its members the following day that rescinded the racial ban.

Coach Wooden was able to take Walker to the tournament in 1948 and he became the first African-American student-athlete to play in the NAIA tournament. Walker, a vital role player helped the Sycamores finish as the NAIA’s national finalist.

The NAIA, primarily because of the lobbying work of the NASC and other entities, accepted its first HBCU institutions in 1951. But by 1953, what the NAIA did was place all the HBCU hoops teams, regardless of location, in one District – the infamous District 29.

Part II will explore HBCUs once they entered the NAIA.