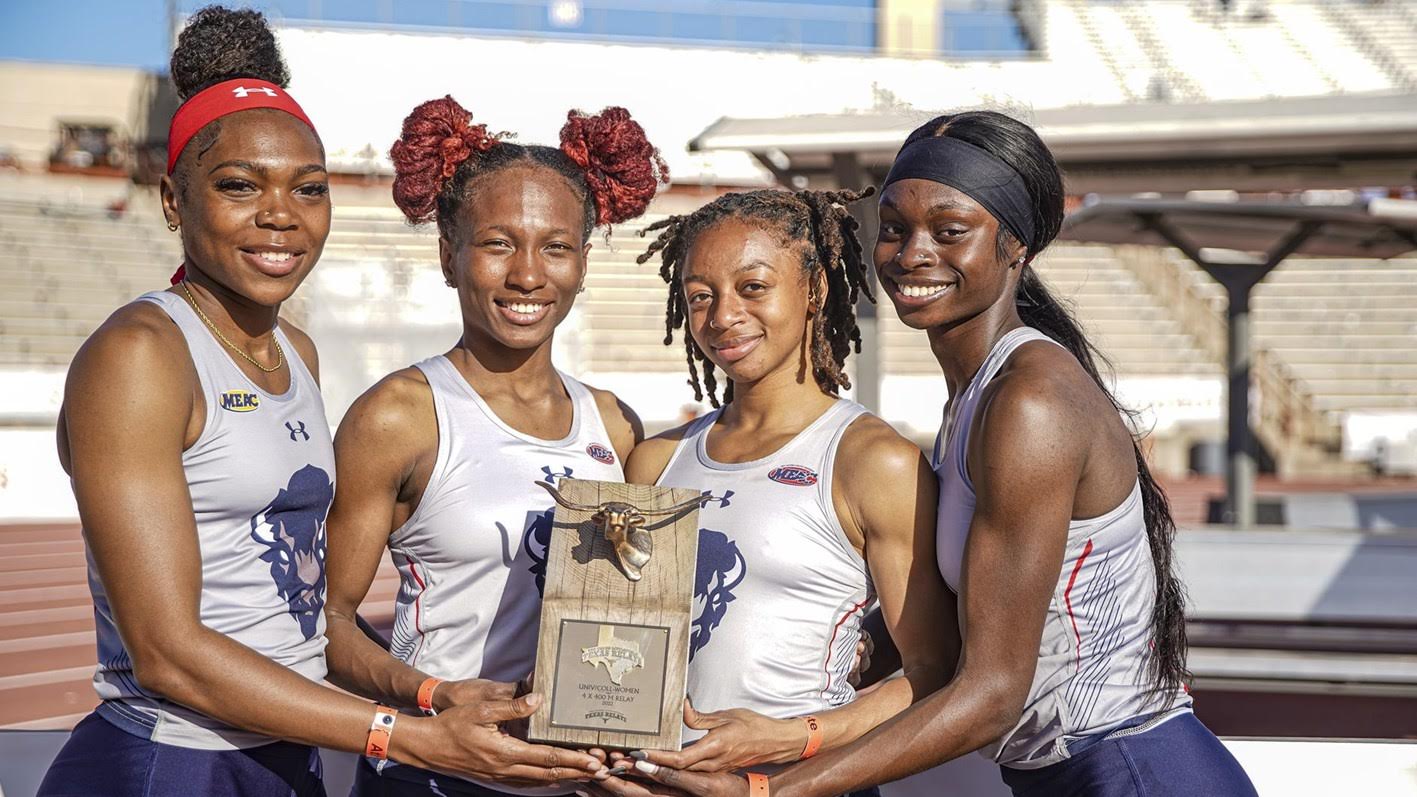 Howard University won the women’s 4×400 at the Texas Relays over the weekend, and had some individual success too.

After reaching Saturday’s 4×400 relay final with a qualifying time of 3:34.21, seniors Jessika Gbai (Philadelphia), Ameenah Saalih (Willingboro, N.J.), Ozioma Scott (Georgetown, Guyana) and Jessica Wright (Durham, N.C.) capped off the weekend, winning the event with a new school mark of 3:32.89. The four Bison broken their previous record set back at the 2021 NCAA East Preliminary Round (3:33.98).

Gbai shattered the school benchmark in the 100-meter dash preliminary round, clocking in at a qualifying time of 11.48. Ester Story held the record for 49 years (11.50). In the final, the Philadelphia native reset the record again with a fifth-place finish Saturday (March 26), producing an 11.25 mark.

Second-year Bison Kaya-Rae Dunbar (Burtonsville, Md.) ran in the 100-meter hurdles where she registered a 13.72 time in the prelims.

On the men’s side, graduate Dylan Beard (Severn, Md.) and seniors Jermanie Byrd (Miami) and Kameron Davis (Miami) competed in the 110-meter hurdles preliminary round, clocking in at 14.04, 14.09 and 14.15, respectively.

HU resumes the outdoor season with another pair of meets next week (March 31-April 2). One group travel to Gainesville, Fla., for the Pepsi Florida Relays, hosted by the Gators, while the other heads to Williamsburg, Va., for the Colonial Relays, hosted by William & Mary.