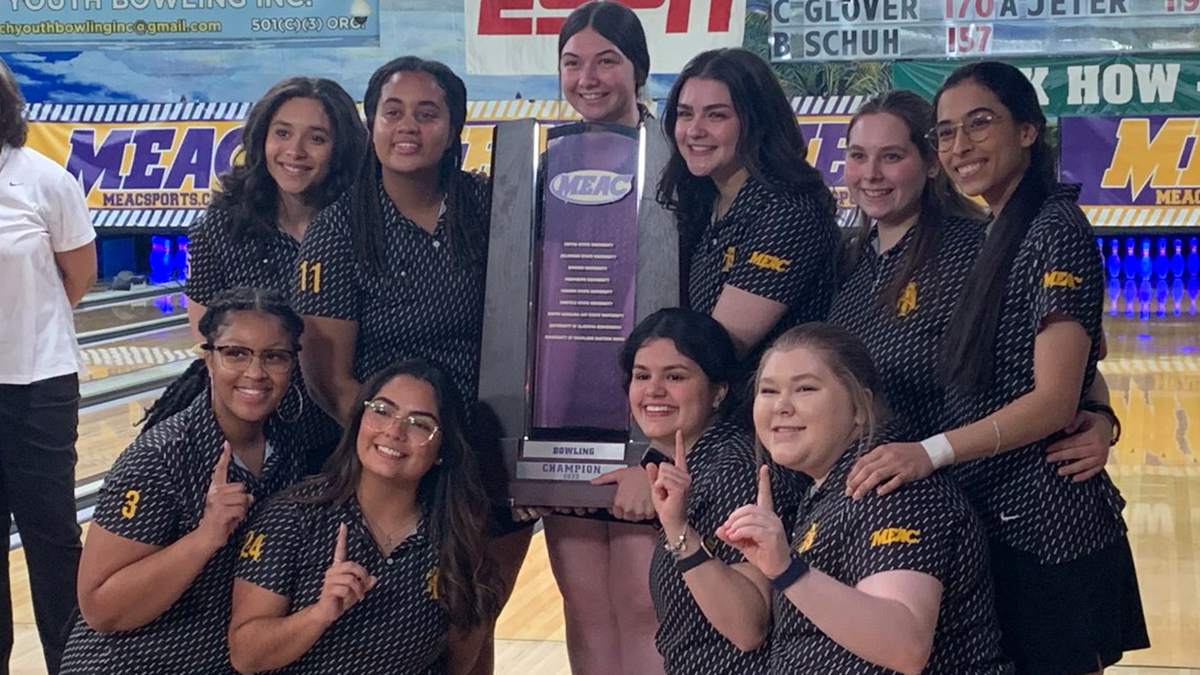 North Carolina A&T is still in the MEAC for one sport, and it came away with a championship in bowling on Saturday.

The top-seeded Aggies, ranked No. 5 in the National Tenpin Coaches Association (NTCA) Top 25 poll, won their second straight MEAC championship, third out of the last four and seventh overall.

The Aggies came out of the gate strong, recording strikes in the first four frames in the first game of the Baker best-of-seven format to take control. They also ended the game with five spares and a strike in four of the final five frames to take the first game 212-181.

That momentum carried into the second game, as North Carolina A&T State went strike-spare-strike-strike-spare-spare-strike in the first seven frames en route to a 184-168 win and a 2-0 lead in the overall match. The Aggies then had three straight strikes to open the third game, before closing the game with six in a row – including a three-bagger from Lauren Tomaszewski in the final frame.

Tomaszewski was joined on the All-Tournament Team by teammate Melanie Katen (the MEAC Bowler of the Year), Delaware State’s Stefanny Toala and Saralyne Nassberg and Maryland Eastern Shore’s Brooke Roberts.

Sunday’s championship match will broadcast on ESPNU via re-air on Sunday, April 3 at 5:30 p.m., leading into ESPN’s coverage of the NCAA women’s basketball championship game.