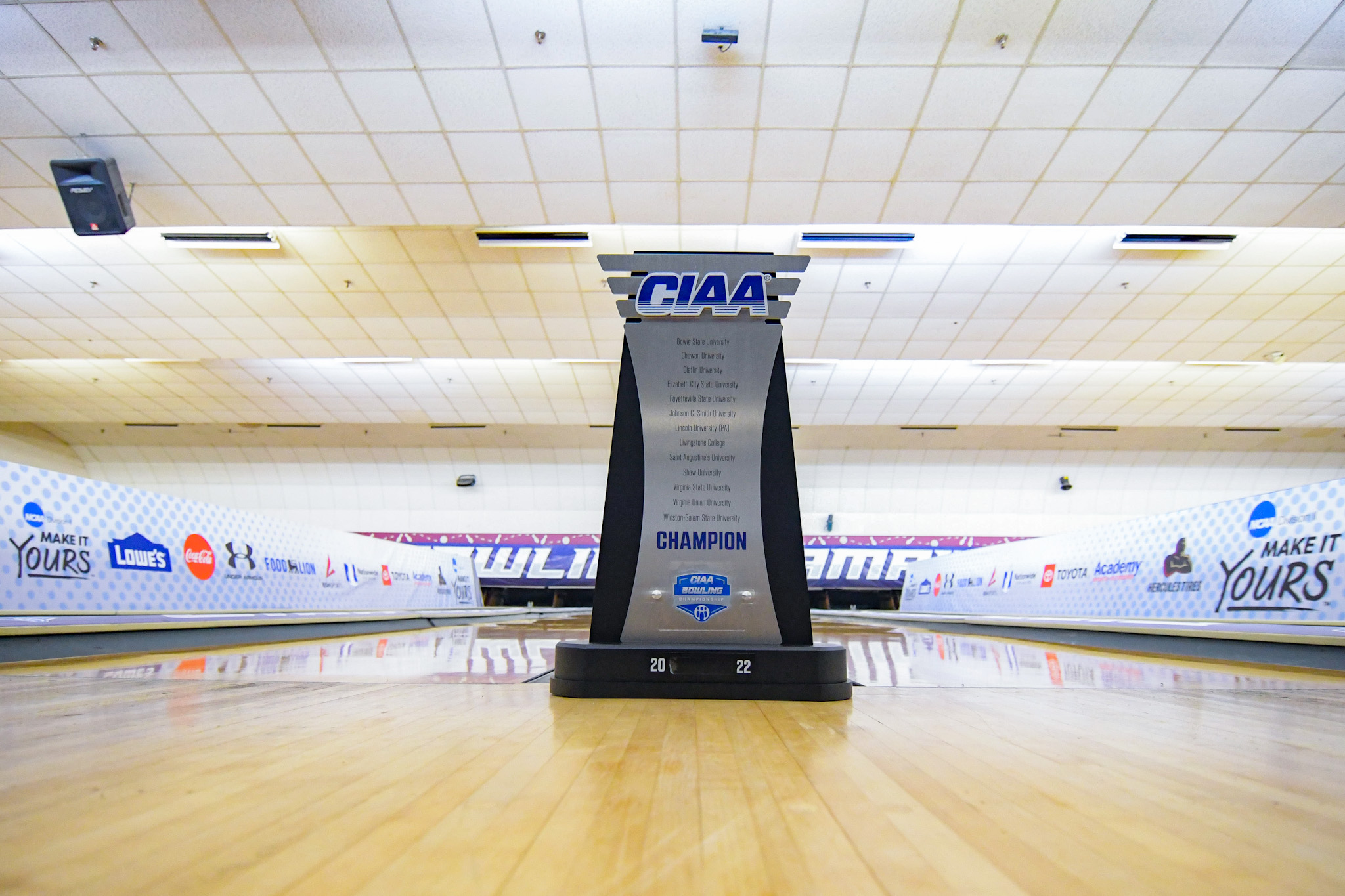 Bowie State picked right up where it left off prior to the pandemic with yet another CIAA bowling title.

This was the Bulldogs six consecutive conference title and their 10th league title overall, which ranks the most in CIAA history. Fayetteville State finished as conference runner-up for the fifth straight championship while Johnson C. Smith claimed third place honors.

Bowie State (BSU) and Fayetteville State (FSU) along with Johnson C. Smith (JCSU) and Livingstone (LC) were the only four remaining teams on the second and final day of competition.

Featuring a double-elimination Baker championship format, the best four out of seven matches in each round of the tournament would determine the 2022 CIAA bowling champion. BSU remained the only unbeaten team in the field, meaning a team would need to beat them in two best-of-seven rounds to unseat them as champion.

Starting off championship day on the lanes were the Blue Bears of Livingstone and the Golden Bulls of Johnson C. Smith in round four.

The Golden Bulls’ 4-1 series win would end the season of Livingstone and reigning CIAA Player and Rookie of the Year Carrington Hayward.

The Broncos of Fayetteville State took to the lanes for the second matchup of the day to face the winner of Round four, Johnson C. Smith.

FSU’s victory would set up a rematch of the last four championship finals against reigning champion Bowie State.

Five-time reigning champion Bowie State wasted little time gaining control of the round with a dominant 190-153 win in the first game. In game two, Fayetteville State put up a strong effort but it wasn’t enough to secure the win as BSU captured the second game with a score 177-172.

Bowie State went on to win games three and four by scores of 159-130 and 171-158, respectively, to secure the sweep and their sixth conference championship in as many seasons.

After bowling a great championship weekend, eight deserving bowlers were named to the 2022 CIAA All-Tournament Team.

Bowie State will now advance to represent the conference at the 2022 NCAA National Collegiate Bowling Championship on April 15-16 in Columbus, Ohio. Seeding for the national championship tournament will be determined at a later date. More information can be found at https://www.ncaa.com/sports/bowling.