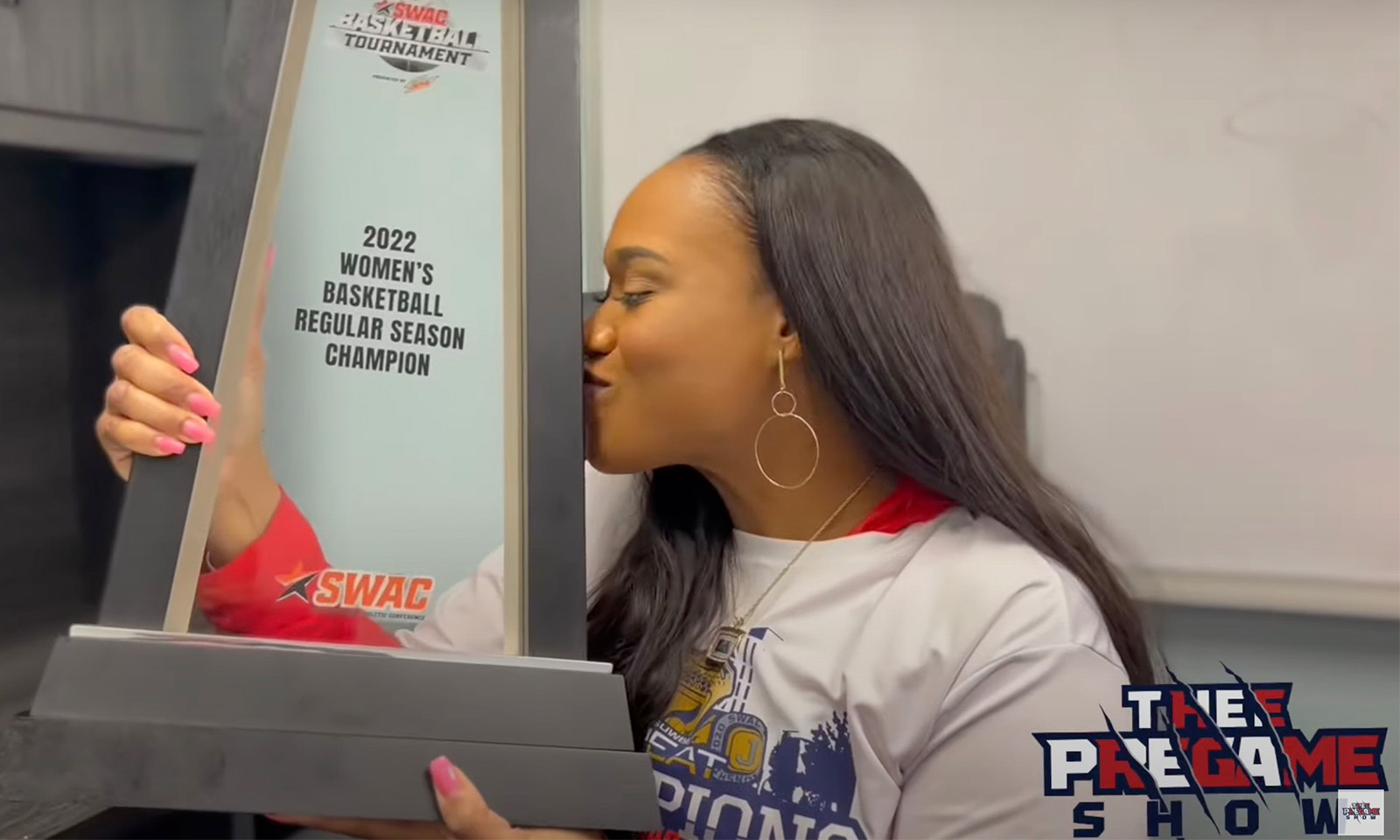 LSU coach Kim Mulkey said Tomekia Reed won’t be at Jackson State long if they don’t pay her. And she wasn’t wrong.

Kim Mulkey knew her LSU team was fortunate to come out on top against Jackson State, and she said as much in her post-game press conference.

It’s not that she was surprised, either. Saturday’s 83-77 win over the SWAC champions marked the second time in as many seasons as she’s had to go through JSU to get to the second round of the NCAA Tournament. It was tougher this time around than it was last year when she was at Baylor, and she made sure that JSU head coach Tomekia Reed knew so. She told reporters that in her post-game conversation I respect the job she’s done and that she’s a heck of her coach, and her kids played their hearts out. But that wasn’t all.

“I don’t know if you want me to tell you the second part of that because y’all all Jackson State people,” the LSU coach said. “I said you ain’t gonna be at Jackson State long if they don’t pay you. And I’m not her agent. I’m not her best friend. I just know talent and I respect people from afar on a job well done.”

Mulkey is known for being a humorous, tell-it-like-it-is coach with the media. But she wasn’t kidding and she wasn’t wrong.

Reed has taken JSU women’s basketball to new heights since arriving as head coach in 2018, including back-to-back undefeated SWAC regular seasons and tournament titles along with NCAA appearances. And Saturday she nearly added a monumental 14-3 upset to that resume after leading LSU by double-digits.

After the game, Reed said all the right things about JSU, the SWAC and HBCUs as her team made fans of all three entities proud on Saturday afternoon.

Mulkey’s comments rubbed some people the wrong way — as she knew they would if she said them. HBCUs have had great head coaches in the past and there are many good ones around in the present, particularly given what they have to work with. But it is obvious that Reed’s star is on the rise, and true to Mulkey’s words, her pay will have to rise as well.

Jackson State extended Reed back in 2020 as she quickly put the program from the SWAC cellar to among its elite. Since then, however, JSU has added Deion Sanders which has put the school in another stratosphere. Earlier this month it announced another Jackson hometown hero coming in as head coach in former NBA champion Mo Williams. The man behind those moves was Ashley Robinson, recently named AD of The Year and the recipient of a new contract himself earlier this month. Now he’ll have to work to make sure she’s comfortably compensated because schools with more resources to put into women’s basketball than JSU will definitely be taking note of Reed in a new light.

Yes, HBCUs deserve great coaches that recognize their importance to not only their institution but the culture as well. But they also have to provide a competitive salary as their rising stars continue to shine more brightly with each passing year. The words of the LSU coach may sting to some JSU and HBCU supporters, but they are valid in the capitalistic society we live in.

Nine years ago, I wrote a piece in the infancy of HBCU Gameday called “A Good HBCU coach is Hard to Keep.” It hasn’t been as frequent as I thought it might be back then, but my money says Tomekia Reed will have plenty of options on the table. Hopefully, she’ll stick around and make JSU into the powerhouse program that it can be — but the price will have to be right.