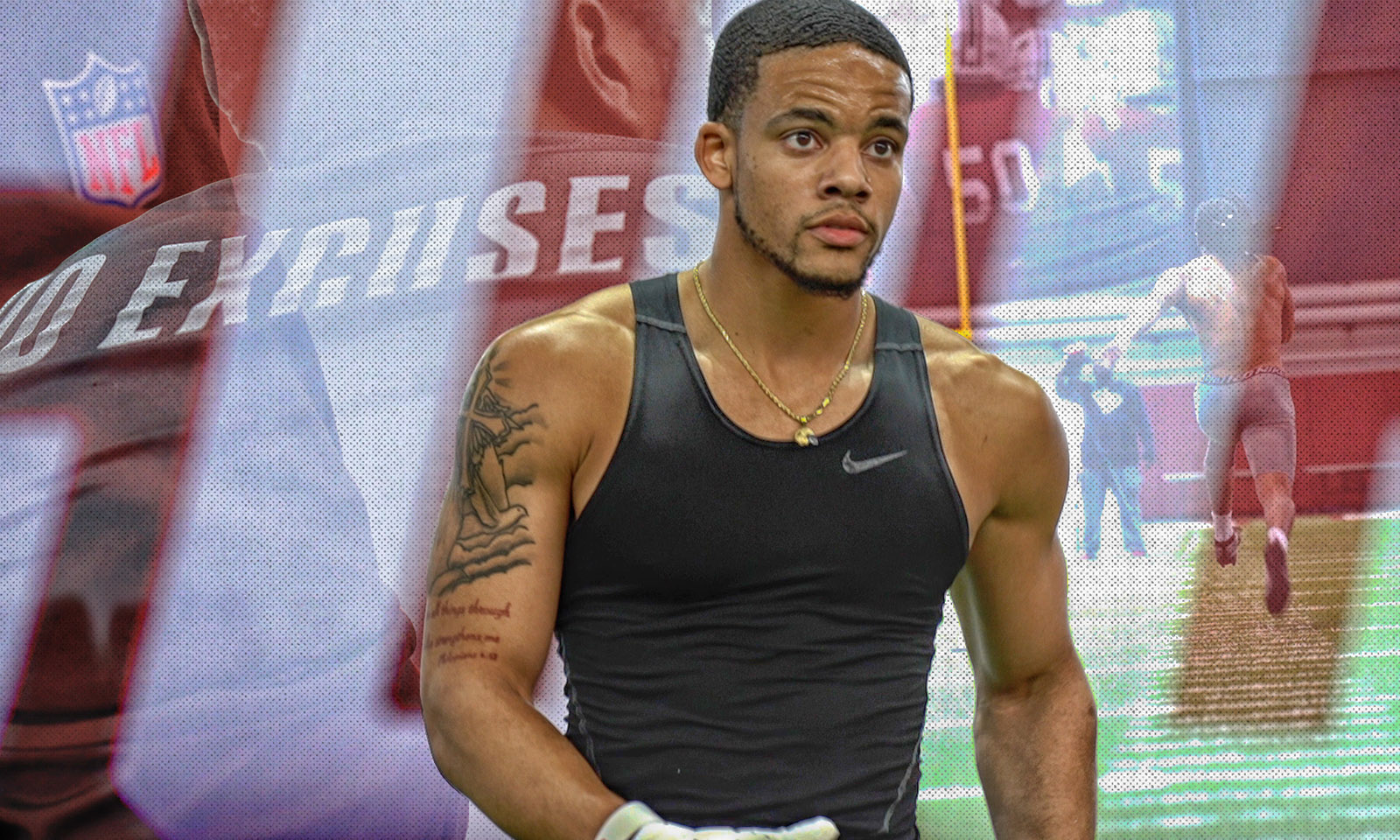 A Gameday Original mini-doc that takes an inside look at HBCU prospects in an NFL pro day.

A pro day can be the first meaningful interaction with the league for NFL hopefuls. Often referred to as an “NFL job interview,” pro day invites are usually only extended to the cream of the college football crop and are the first step towards hearing your name called in the NFL Draft.

For HBCU players with pro football aspirations, your pro day can be as make or break as anything you’ve done on the field. As a fan, If you’ve ever wondered “how’d such and such get drafted from there?” that process most likely began by impressing an NFL scout in a pro day environment.

The pro day format itself is simple in theory. Professional scouts use a combination of measurements, drills, and workouts to evaluate whether a player possesses certain intangibles that are associated with high-level football play.

Eleven NFL teams along with representatives from the CFL, USFL, and XFL came to the University of South Carolina’s Steve Spurrier Practice Facility for a pro day for not just the Gamecocks, but a host of players from smaller schools in the area. Including five Celebration Bowl champion Bulldogs from South Carolina State.

Deion “Coach Prime” Sanders has been ringing the bell for HBCUs to have HBCU pro days on HBCU campuses. But South Carolina State participates in a unique pro day with a local feel. The pro day was hosted in Columbia at the University of South Carolina, but it felt more like a meeting place for non-FBS talent in the area, as schools like Furman, Winthrop, and The Citadel had players participating in the pro day as well.

South Carolina State wasn’t the only HBCU in attendance either, Division II Benedict College of the SIAC also had two players participating. And while it wasn’t a ‘for the culture HBCU event,’ it did feel like an opportunity for scouts to intentionally get some face time with non-FBS prospects that were on their radar.

Players like DeCobie Durant, the star SC State cornerback was one of only four HBCU players invited to the NFL Combine in Indianapolis, where Durant proved he has NFL speed by running a 4.3 in the 40-yard dash.

“My feelings are through the roof right now,” Durant told SC State Athletics. “I’m here with my guys now. It’s a blessing to be able to show our talent to any professional team here.”

“Having that (SCSU) support system is just an energy boost,” Durant said. “Seeing (Indianapolis Colts linebacker) Darius Leonard here…I want to follow in his footsteps. He’s the highest-paid linebacker in the NFL, and I want to eventually become the highest-paid corner.”

“It’s a blessing to be this far,” former SC State linebacker Chad Gilchrist said. “I’ve been waiting on this moment since I was six-years-old. I’m looking to show what I’m capable of.”

Former SC State defensive back Zafir Kelly also participated in the HBCU Legacy Bowl and used his pro day to keep adding heat to his name.

“I thought I turned some heads (at the Legacy Bowl),” Kelly said. “I had some scouts writing down my name. They liked my size, and length, but said I needed to work on finishing tackles. Today just gives me another chance to turn some heads.”

Another former Bulldog, receiver Will Vereen, looked to make improvements after competing in both the HBCU Combine and Legacy Bowl.

“(The Legacy Bowl) was a top tier event, once in a lifetime,” Vereen told SC State Athletics. “My goal is to beat the numbers that are already out there. I want to run a 4.3 (40-yard dash) and put up a few more reps on the bench press. I received some interest earlier, we’ll just let the cards fall where they may.”

The biggest insight from my access to South Carolina State’s pro day? Is that it’s an opportunity for the players to talk to the NFL… in the league’s preferred language.

What fans see as simple repetitive drills is complex data collection to the guys who find diamonds in the rough for a living.

A player can’t control a season full of double teams on the outside, but they can show a room full of scouts that they’re an elite athlete with a professional demeanor.

Pro day is an opportunity to let the numbers tell a story that can get on a field to show what kind of player you can be, and in the “exposure” era of HBCU football, a chance to go one on one with professional scouts is as much as anyone can realistically ask for.

646
The Latest in HBCU Sports and Culture