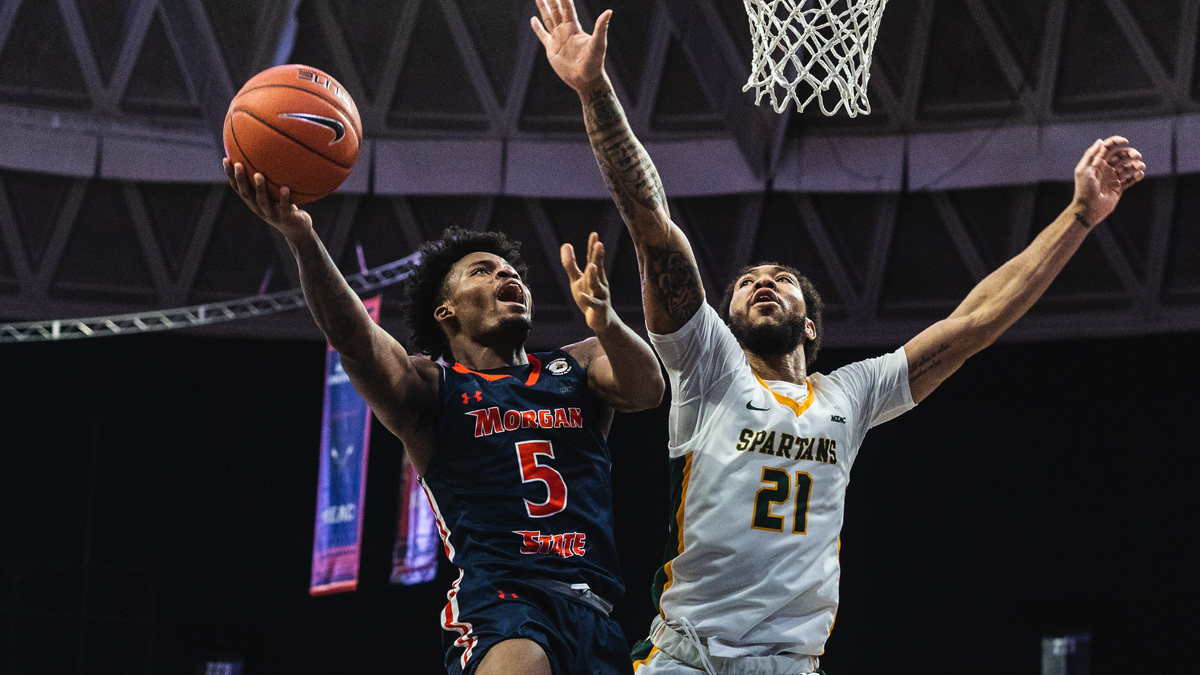 The first round will be Wednesday, March 16 when the Bears travel to take on Youngstown State at 7pm.

BALTIMORE, Md. (March 14, 2022) — The Morgan State men’s basketball team will see its season continue as the Bears have been chosen and accepted a spot in The Basketball Classic presented by Eracism.

The first round will be Wednesday, March 16 when the Bears travel to take on the Youngstown State Penguins of the Horizon League. Tip-off is set for 7 p.m. inside the Beeghly Center in Youngstown, Ohio.

The Bears and Penguins will play in The Marques Haynes Game, which is one of five Legends Games in the first round of The Basketball Classic presented by Eracism, with the winner receiving a trophy and advancing to the second round of the tournament.

This will mark Morgan’s first-ever appearance in The Basketball Classic and just its fourth overall Division I postseason appearance. The Bears previously advanced to the NCAA tournament in 2009 and 2010, and also made an appearance in the 2008 NIT Tournament.

The Bears were 13-14 on the season and 7-6 in the Mid-Eastern Athletic Conference for fourth place. Morgan reeled off a 5-game winning streak before falling to Norfolk State (72-63) in the conference tournament semifinals on March 11. Malik Miller leads the Bears averaging 12.5 points, 8.6 rebounds and is shooting 55 percent from the field. Lagio Grantsaanis averaging 10.7 points, to go along with 5.8 rebounds, and De’Torrion Ware, an All-MEAC Second Team selection, is averaging 10.6 points, 4.8 rebounds.

Youngstown State (18-14, 12-9 Horizon League) finished the season winning six of their last nine games in the Horizon Conference, before falling to Robert Morris (77-73) in the first round of the conference tournament on March 1. Dwayne Cohill leads the Penguins in scoring with 14.2 points, followed by Michael Akuchie (13.7 ppg, 7.8 rpg) and  Tevin Olison (12.8 ppg). The Penguins set a school record for most conference victories with 12 Horizon League wins, and their 18 overall wins rank tied for fourth in YSU’s Division I history.

Each game of the Basketball Classic will be held on the campus of one of the participating schools. In lieu of a traditional bracket, the field and matchups will be set after each round.

All games will be broadcast on the ESPN+ platform.

Administering the Basketball Classic is a seasoned panel with deep roots in the sport that previously conducted the College Insider, Inc. Postseason Tournament (CIT) from 2009-19.

For more information on The Basketball Classic go to www.thebasketballclassic.com.