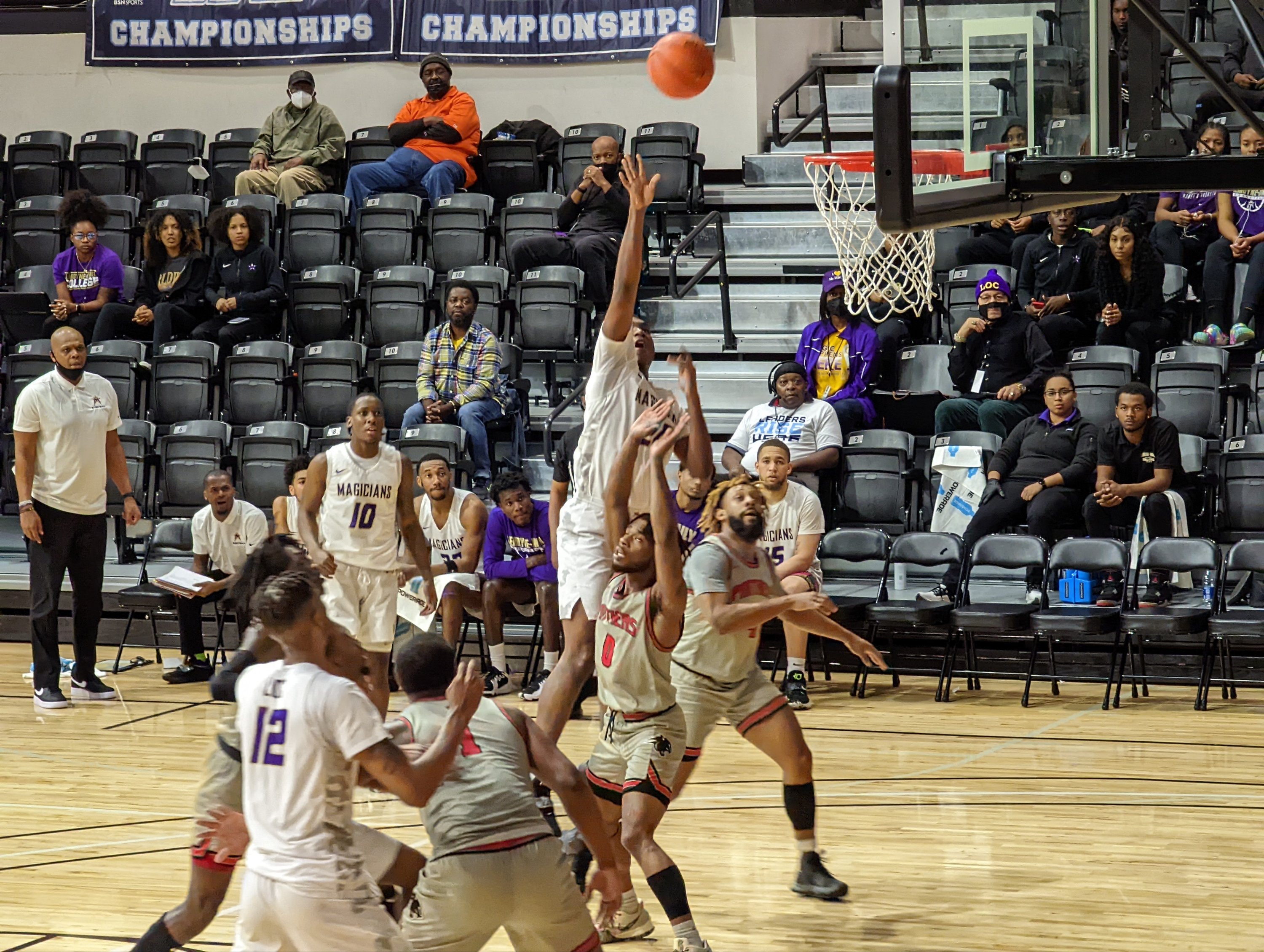 LeMoyne-Owen had the magic down the stretch on day two of the SIAC Tournament.

Rock Hill, SC–The LeMoyne-Owen Magicians seem to do their best work when the pressure is on. Day two of the SIAC Tournament saw the third seed out of the West make some key plays down the stretch to defeat Clark Atlanta 80-74.

With 2:56 left in the game, LeMoyne-Owen’s Jaquan Lawrence would get the big block on the defensive end which led to him getting a baseline dunk on the other. That possession put the Magicians up 71-67. From there LeMoyne-Owen would get a big basket by Andrew Anderson and then knock down free throws to seal the deal.

In late February the Magicians battled against Kentucky State in a triple-overtime game that resulted in both teams scoring over 120 points. LeMoyne-Owen would be the victor of that contest, 132-129. On Tuesday, Magicians head coach Bonzi Wells said experience from games like that one paid off.

“[There’s been] a lot of growth from the guys and I just met them in September,” Wells joked. “It’s been a heck of a run learning my guys and learning what they can do. They show me something every game good or bad, but it’s mostly been good.”

For Clark Atlanta head coach Bo Bivens, it was the free throws shot by LeMoyne-Owen that he took umbridge with.

LeMoyne-Owen’s Gjerard Wilson led all scorers with 25 points. Trevor Blackmon and Andrew Anderson scored 11 and 10 points respectively for the Magicians.

They will face Benedict in the quarterfinals.

It was a dog fight between Savannah State and Lane College in the first half, but Savannah State was able to use a strong second half to power past the Dragons 60-50.

It was a one point game in favor of the Tigers with 11 minutes left in the second half, and then they got back to their defensive principles and sparked a 7-1 run that gave them some separation according to head coach Horace Broadnax.

The Tigers advanced to face Tuskegee on Thursday.

It was tough pill to swallow for Lane as it was senior guard Tyran Davis and forward Tomonique Marion’s final game as Dragons. Head coach Andre Turner has had the unique opportunity to coach both of them in high school before they came to Lane and after the game he commended both players for their maturity and resolve.