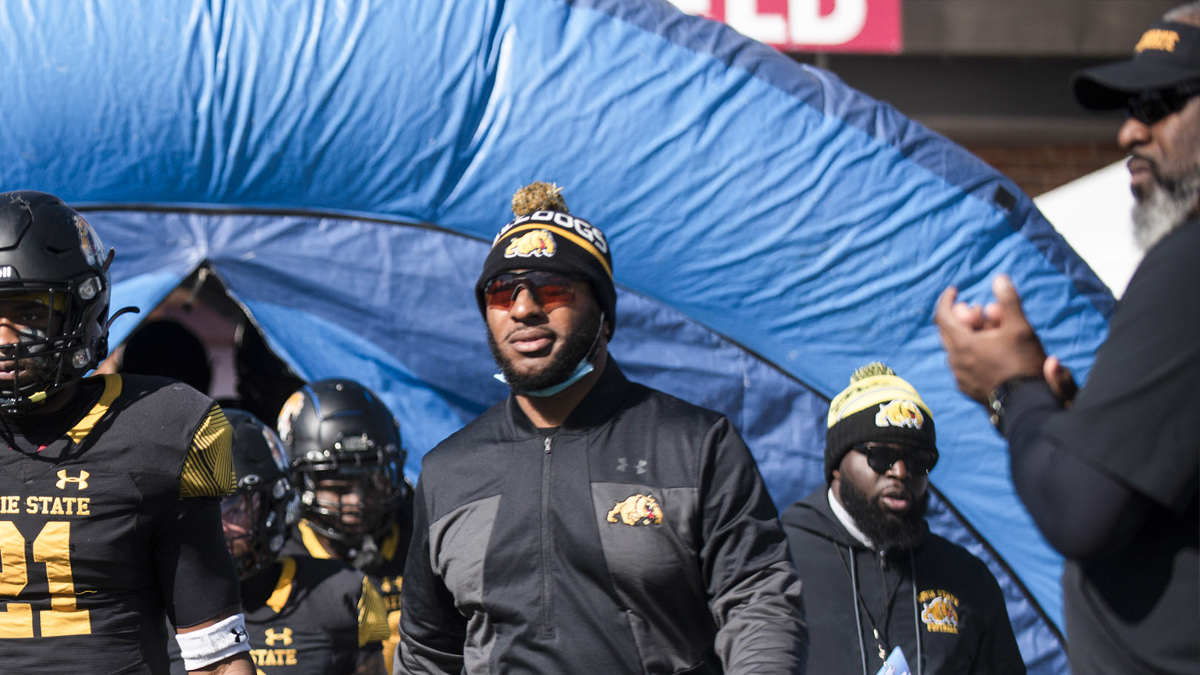 The Bowie State program has had a lot of success, and other programs have taken note of the talent on the sidelines.

Sewell announced his move in an open letter to Bowie State on Tuesday afternoon. The letter reads as below:

24 years ago I was sitting in Mr. Pratt’s math class at Fairmont, when the secretary came over the intercom and requested he send me to the gym to see Coach Paden. Once there, I met coach John Morgan and my Bowie State journey began. Over these past 2 decades, BSU has been a major part of everything I’ve accomplished. Coached for 3 coaches who were also BSU alums, culminating in the opportunity to return as defensive coordinator at my beloved University!

It has truly been a pleasure to be a part of the staff, under Coach Wilson’s direction that has taken BSU to heights no one could’ve imagined. I will truly miss all of the players, fans, staff, and parents and MY FAMILY! Your undying support of me throughout the years will never be forgotten! I depart knowing the program is in great hands and the future is even brighter! The past 12 years have been nothing short of amazing and historic.

What we accomplished can never be taken away and I will always be BSU4LIFE! #BiteDown

I want to give a special shout-out to Coach Eddie Robinson, Jr for recognizing and respecting the hard work and all we accomplished at Bowie State. With that being said, I am honored to be starting a new chapter as the Defensive Coordinator at Alabama State University!

Bowie State allowed an average of just under 14 points per game in 2021 as it claimed its third-straight CIAA title, its best showing under Sewell and one of the best in the nation.

Sewell is no stranger to the SWAC as he spent five seasons on Henry Frazier’s Prairie View A&M squads in the mid-2000s.

Williams joins the staff after a professional career that spanned the NFL and NFL Europe. No stranger to the SWAC, Williams played at Texas Southern and recorded 13 interceptions and 138 total tackles while playing on both sides of the football for the Tigers. He also played for Indianapolis, Houston, and the New York Giants in the NFL before helping the Scottish Claymores to the NFL Europe World Championship in 2016.

353
The Latest in HBCU Sports and Culture