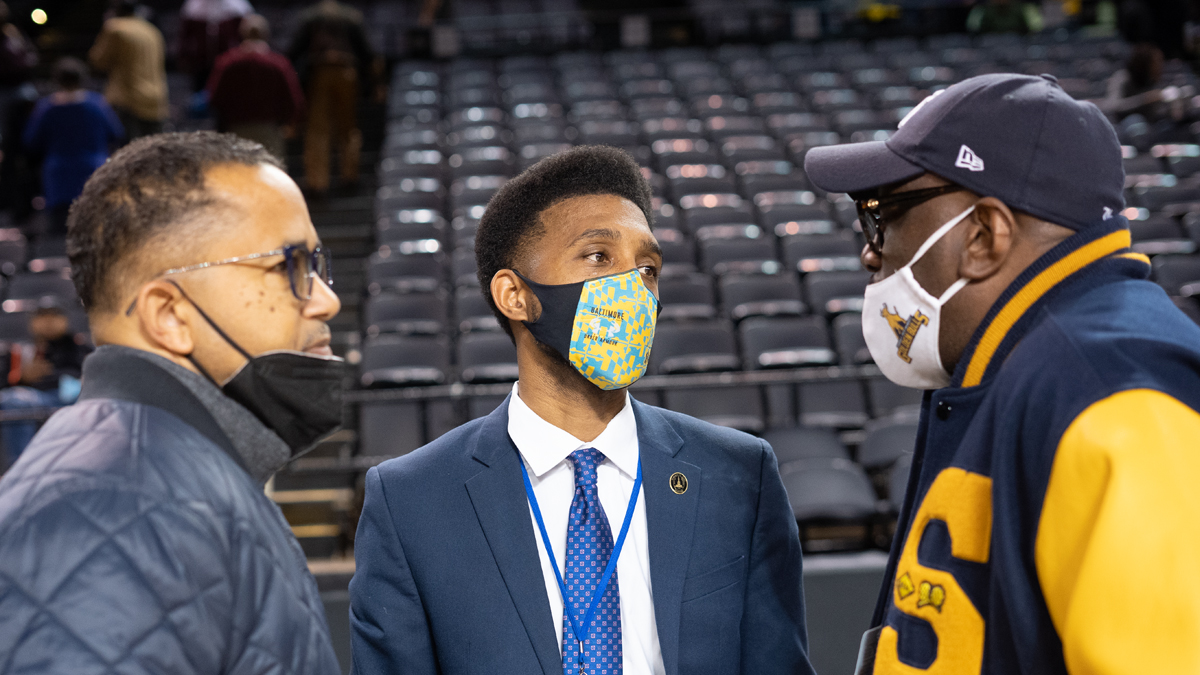 The CIAA Tournament made its return to Baltimore after 70 years. Its mayor is hoping it will stick around this time.

When asked how the CIAA Tournament went, Mayor Brandon Scott gave the most authentically Baltimore analogy he could find.

“Like I’ve been saying all week, CIAA and Baltimore go together like Old Bay and Crabs,” Scott told HBCU Gameday in an exclusive interview. “ To have this black excellence on display in this beautiful black city showcasing the great basketball, the wonderful institutions, the HBCUs, the student-athletes, having the alumni come out to support our black businesses here in Baltimore — its been a wonderful, wonderful time.”

The 2022 CIAA Tournament was the second time for the historic basketball tournament in Charm City, with the first one coming in 1952. The mayor and his constituents made sure to their best foot forward for the 12 member institutions, their alumni and supporters during the last week of February.

“We will always want to showcase the best of blackness here in Baltimore. And we really invest in it because we know how how much the city and the conference, how much they can align with each other. It’s the first time its been here since 1952. So we know the history here. It’s about creating new legacies by opening and creating new pathways.”

Big Cobi gets you ready with the most important information in the MEAC.

Scott was a part of city council when the CIAA and the city came to an agreement. The 37-year old is now the mayor and got a chance to see firsthand all the things the CIAA brings to a city besides basketball.

“I’ve been to too many receptions to remember. Our emerging leaders reception, where we talk about young people, we had a mental health reception, the career expo, obviously the president’s reception, just all the great events, the pop up events that we did with black businesses here in Baltimore. I spent a lot of time as mayor going to the specific schools receptions to talk to their students and prospective students, and alum to let them know how much we appreciate them being here from Baltimore, how we want them to be the best schools and produce the best young people so that we can have them come here and work in our city as well.”

Scott could be seen throughout the week sitting court-side, enjoying the basketball in between shaking hands and taking photos. It was clear that the action on the court mattered to the mayor.

“I’m not only a basketball fan. Shooters shoot. I’m a shooter. So that’s what I do,” Scott said. “So it’s been great basketball. Some very tough games both on the women’s and men’s are you can see the young people giving it their all. I can’t wait to see what happens in the championship games as we get down to the close of the tournament and can’t wait to see this great black HBCU basketball.”

The CIAA Tournament is slated to return to Baltimore again in February 2023. When it arrives, Royal Farms will have a new-look and the CIAA will be a primary benefactor. Scott and city leaders are hoping that the improvements, along with more scholarship dollars than the $5 million on the initial contract from 2021 through 2023, will be enough to make this a fruitful long-term relationship.

“Listen, we want the CIAA here for Baltimore for the foreseeable future, we’re going to do everything in our power to do that. Next year, when you come back, we’ll have a brand new renovated arena. Once the clock hits zero tomorrow the renovation starts, this arena will be equipped with suites, a better facility, getting it up to par and then thinking about how we can benefit more scholarships and things like that.”

Carolyn Anderson was definitely impressed with what she saw in Baltimore. The Livingstone College alumna is a long-time attendee of the tournament and she came away liking what she saw. Here’s what she had to say.

“For us seasoned fans we had a ball. I have been attending the tournament since it was in Richmond in the 1990’s and this was a wonderful experience. The arena was great for watching the games, having a shuttle bus from my hotel to the arena was a big plus, having all the games in the same place was a dream come true and the people of Baltimore were very friendly and welcoming. In addition to great basketball (especially the play of the Livingstone College Blue Bears) I got to see a lot of my former students from LC and WSSU. it was like a second homecoming. I have already started preparing to attend next year.”

Scott and the rest of Baltimore coalition hope that many other attendees feel the same. When you have to wait 70 years for a second date, you do what you can to impress.