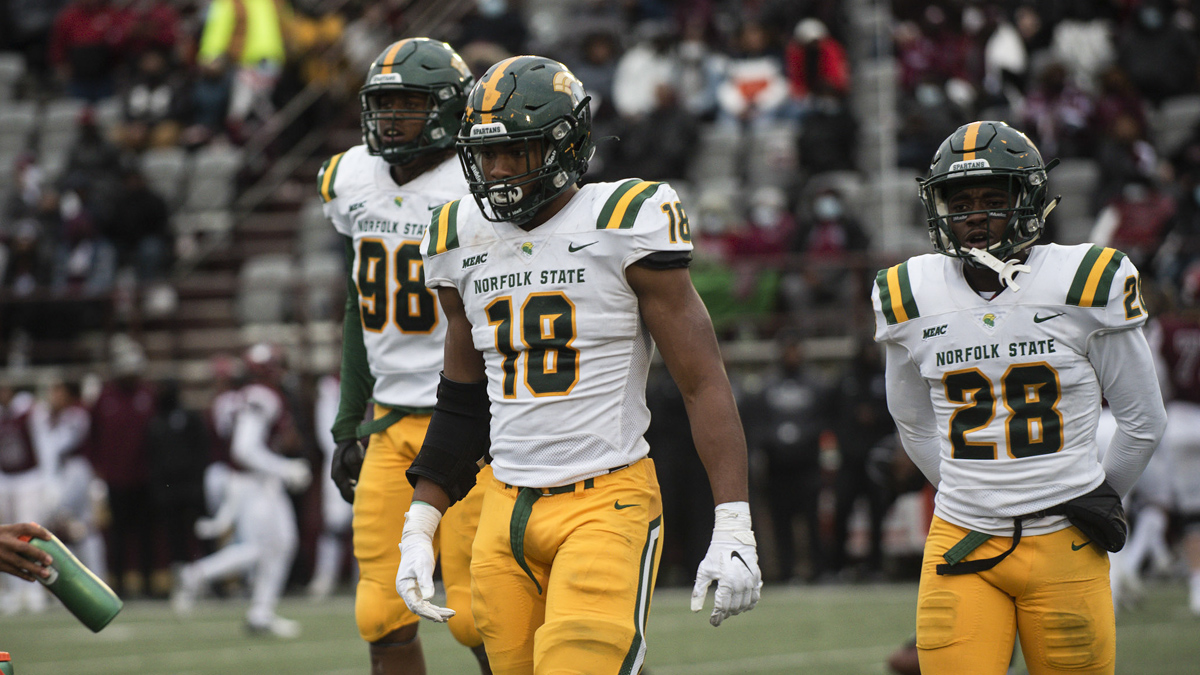 Norfolk State defensive lineman De’Shaan Dixon is turning the heads of NFL Draft scouts with his size, versatility and motor.

There are a lot of talented pro prospects from HBCUs this NFL Draft season, but few are generating the type of buzz that Norfolk State’s De’Shaan Dixon has.

The Chesapeake, VA native turned heads a few weeks back at the East-West Shrine Game. Now he’s doing the same thing at the HBCU Legacy Bowl in New Orleans.

“I’m showing them I belong in the league,” Dixon said of what he feels he’s accomplishing at the HBCU Legacy Bowl. “I know that I have the ability to play at the next level and coming out here being with guys from HBCUs to represent my school. I feel I’ve got an opportunity at the next level.”

Here’s what the NFL Draft Bible on Sports Illustrated had to say about De’Shaan Dixon.

If you were to bank on one prospect from this event on getting drafted, Dixon would be the choice. His intimidating presence is noticeable as a ‘first guy off the bus’ player. His towering height and arm reach enable him to create leverage. Dixon generated push during the scrimmage session, was praised throughout the day for his sound technique/hand placement and his lean body type will offer plenty of allure for NFL teams.

That’s a pretty good endorsement. For now, Dixon’s just trying to take in the process and prepare for whatever comes next.

“It’s going pretty good. This is a whole new process for me. I’m really enjoying this opportunity. And you know, I’m just here to make my family proud.”