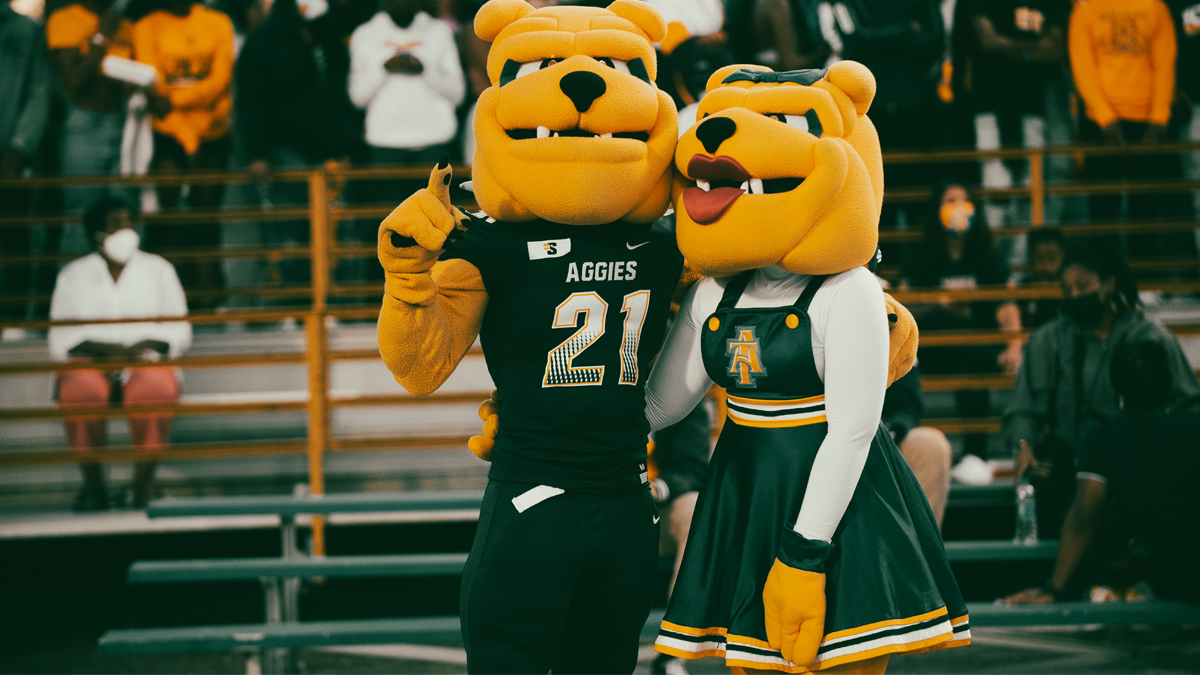 NC A&T revealed its plan to jump from the Big South to the Colonial Athletic Association. Here are some of the important details.

NC A&T has laid its cards on the table: It wants to head to the Colonial Athletic Association.

Earl Hilton, Director of Athletics at the nation’s largest HBCU, told the Executive Committee of the Board of Trustees Thursday it was his recommendation that the school change conference affiliation for the second time in 24 months. Dr. Harold L. Martin, NC A&T’s chancellor, put his support behind the decision and the executive board voted to move the measure forward to a full vote on Friday.

In the meantime, here are some things we learned about A&T’s invitation, its motivation and the process of getting to this point.

The CAA approached A&T, not the other way around

Hilton told the executive board that the CAA approached A&T, and not the other way around. He says the invitation to have a discussion about conference affiliation came unexpectedly in November 2021.

“This is not an invitation that we solicited or anticipated based on the current state of the NCAA as it exists today and as it existed then,” Hilton said.

Many people have speculated that Hampton’s move to the Big South by itself pushed A&T towards this decision. Hilton said it was not just that one move that gave it a reason to truly consider another jump. Hampton University and Monmouth also jumped from the Big South to the CAA as the league was already set to lose Kennesaw State and North Alabama previously.

“Now, what that does is it takes the number of football-playing institutions in the Big South from nine to five. In order to qualify for an AQ (automatic bid to the FCS playoffs), a conference must have a minimum of six members playing any sport. The Big South currently has five, including A&T.

”They are looking for a football home and have expressed interest in joining the Big South for football only. That would give us six and allow us to maintain our AQ for the ’23 (in the Big South) and ’24 (with the CAA) and beyond.”

Hilton also said the Big South is in conversations with the Ohio Valley Conference (OVC), who is also down to six schools, about joint scheduling options. The OVC has football-playing institutions in Tennessee, Missouri and Illinois.

“So those are the factors that led us to this place where we are discussing a potential change in conference affiliation,” Hilton said.

This was not about the Big South

“My recommendation has less to do with my concerns about the Big South. I think the Big South will continue to be a viable conference. It’s a conference we can do well in,” Hilton said. “My recommendation has much more to do with the incredible opportunities that I perceive that are available by making this change and the opportunity to leverage A&T’s brand where we are today, who we are today in ways that we could not imagine or anticipate just a few short years ago.”

“I am not interested in kneecapping the Big South Conference by pulling our football out of the Big South for this fall and putting them in a position where they cannot qualify for an AQ,” Hilton said. “And so I’ve been very clear with the Big South and with the Colonial this whole time that if we make this decision, football will remain in the Big South for 2022 so that we don’t handicap their AQ.”

They can leave, but it’s going to cost them

The old saying is that nothing in life is free — and that’s certainly true in college athletics. When A&T decided to leave the MEAC for the Big South with one year’s notice, it had to shell out $250k. The exit fee for the Big South is twice that — $500k. And joining the CAA isn’t free either. That’s going to cost an additional $500k. No math wizard here, but that means switching conferences will cost A&T $1 million.

Divisional play is coming to the CAA, and more schools

The CAA currently stretches from South Carolina to Maine, which conflicts with one of the key reasons A&T insisted it was leaving the MEAC in 2020 — travel.

However, among the dozens of slides Hilton presented was one that showed a CAA split by divisions. NC A&T would join a hypothetical CAA South that would include: Charleston, Elon, UNC Wilmington, William & Mary and Hampton for Olympic sports and Richmond and Towson for football.

“There are other institutions that are still on the list and are being considered, and they are reflecting and they’re going through the same assessment we’re going through as to whether they will join the Colonial Athletic conference as well and strengthen the Southern Division even more,” Dr. Martin told the executive board.

Bonus: CAA was preferred choice for NC A&T in 2020

Dr. Martin revealed on Thursday that the CAA was initially the school’s ideal choice when it decided to leave the MEAC two years ago.

“When we went through this exercise with the board two years ago, the Colonial Athletic conference was our conference of choice,” Martin said. “At that time, however, they were predominantly Northeastern conferences the more distant members, Midwest members, travel have been much more extensive.”