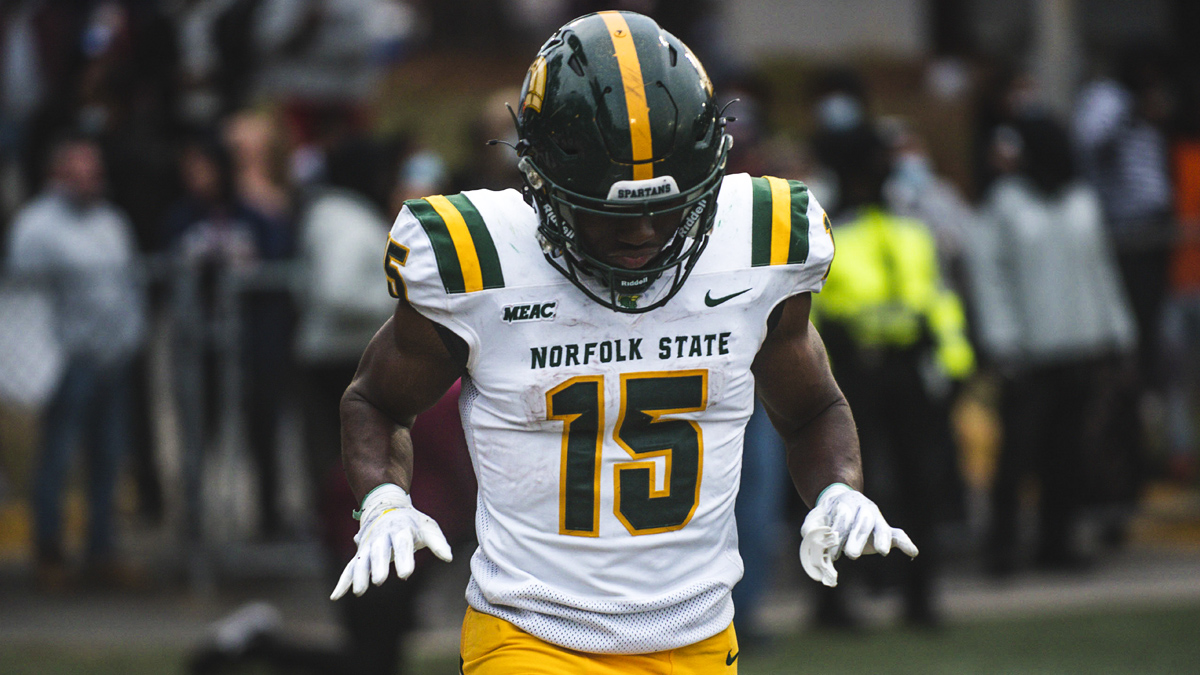 Norfolk State University’s 2022 football schedule features all Division I teams, including two FBS games, as well as the Battle of The Bay.

NORFOLK, Va. – Norfolk State University released its 2022 football schedule on Monday. The 11-game slate features five home games at William “Dick” Price Stadium, including the return of the Battle of the Bay to Norfolk in addition to three home conference games.

The Spartans open the 2022 season with back-to-back road games against FBS competition. The season kicks off on Sept. 3 with a date at Marshall in Huntington, W.Va. The teams played once previously, in 2015, which was also played at Marshall.

The following week, NSU heads west within the state to face James Madison. The teams have met twice before, in 2017 at JMU and 2018 at NSU, with the Dukes winning both times. After competing in the FCS and Colonial Athletic Association previously, JMU – like Marshall – is set to join the Sun Belt Conference.

The Spartans’ home opener takes place on Sept. 17 when NSU hosts the Battle of the Bay for the first time since 2017. The teams had not played in four years following Hampton’s departure from the MEAC before renewing the rivalry at HU this past fall, a game the Spartans won 47-44 in overtime.

NSU’s final non-conference game of the season is Nov. 5 at North Carolina A&T. It will be the teams’ first matchup since the Aggies left the MEAC following the 2019 season.

The regular season wraps up with a home game with North Carolina Central on Nov. 12 and a road contest at defending MEAC champion South Carolina State on Nov. 19.

“We have a challenging non-conference schedule with four of the six games being on the road,” NSU head football coach Dawson Odums said. “We’re also looking forward to having five home games in ‘Sparta’ this year that our fans should be excited about.

“We’re looking to take another step towards greatness this year – it’s a new day, new season and new opportunity, but the same mission.”

Game times and ticket information will be announced later this spring.