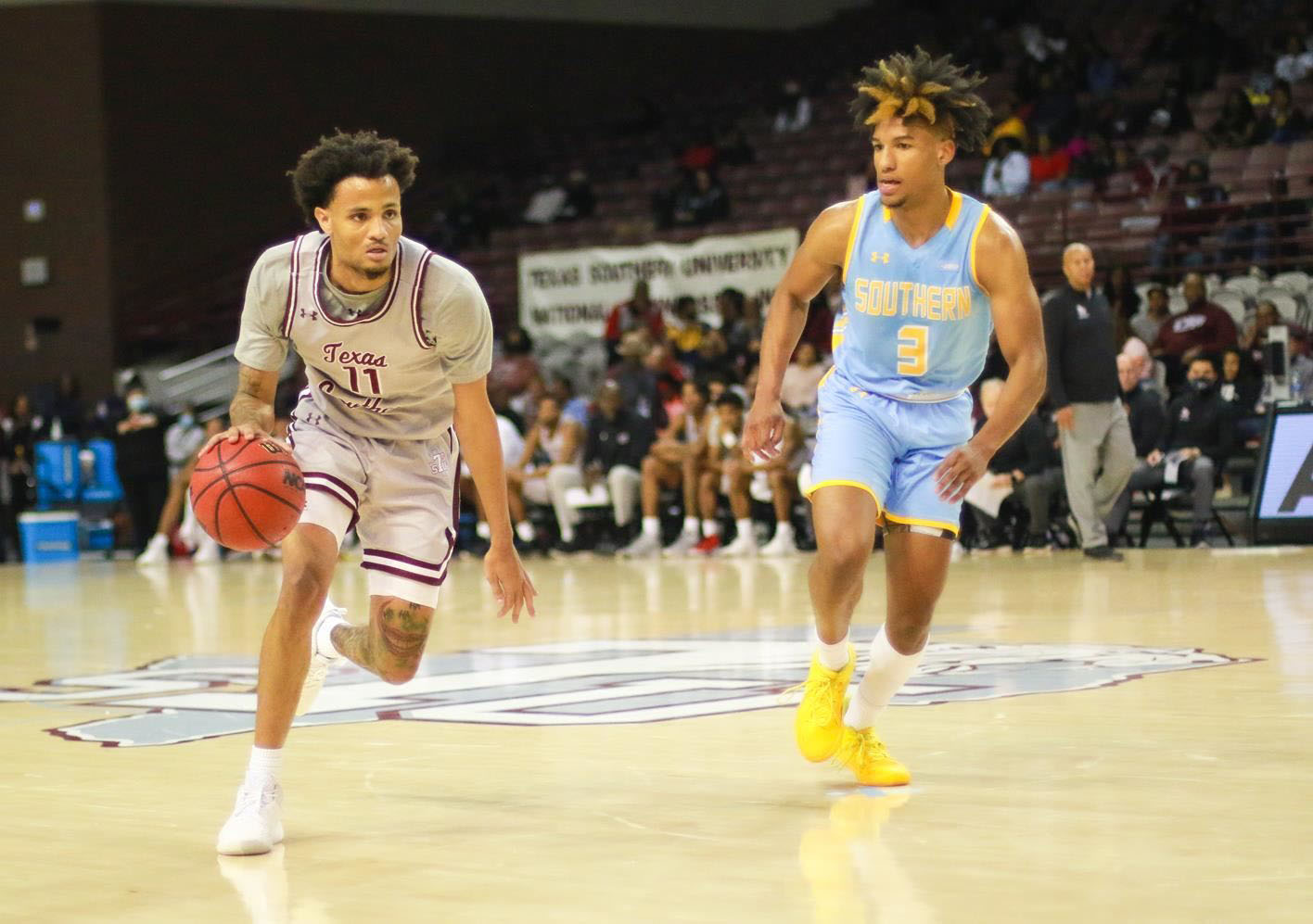 Jags pull off the season sweep of TSU.

In a game that would decide first place in the SWAC, for now, Southern University snapped Texas Southern’s six game win streak on Monday night.

The Jaguars came into Houston off of a loss against Prairie View A&M, but turned things around during a crucial point late in the season.

The Tigers were hot early but it wasn’t sustainable. During the first five minutes TSU knocked in four three-pointers to take an 18-10 lead with 14:19 remaining in the first half.

Southern responded with a 16-4 run and led 26-22 while Texas Southern failed to convert on any field goals during the stretch.

Three pointers not falling on Monday

The hot shooting from Saturday’s win over Grambling was noticeably absent for Texas Southern on Monday. The Tigers were 5-23 on three point shots during the game.

Tyrone Lyons led the way for Southern with a game high 18 points. Jayden Saddler backed him up with 12 points and five assists.

Southern led 39-36 at the break and never looked back in the second half. The visiting team led by as many as 15 points with 7:25 to go in the game. A layup by Karl Nicholas cut the lead to eight with just under three minutes to go but TSU wouldn’t get any closer.

Nicholas led the Tigers with 14 points before fouling out of the game.

Southern University now owns the season sweep over Texas Southern and a full game lead in the standings with five games remaining.