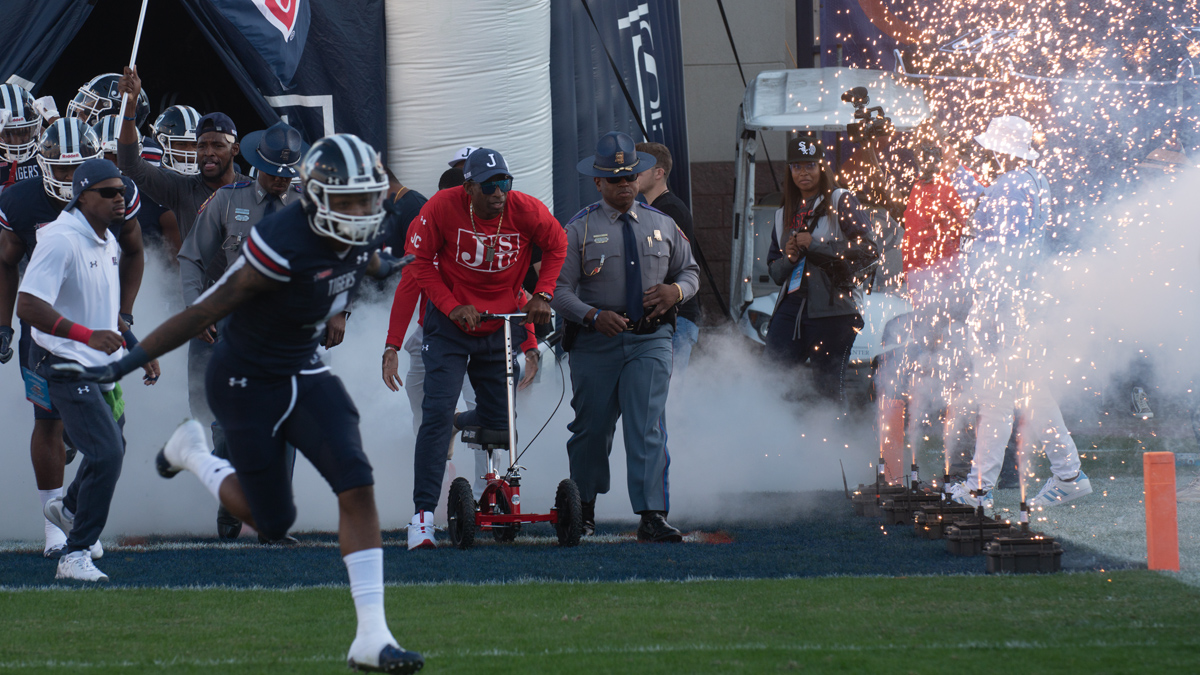 Deion Sanders told Dan LeBatard that he has had Power Five interviews but that God ultimately wanted him at Jackson State.

After a relatively quiet month following the Celebration Bowl, Deion Sanders has been making his media rounds in recent weeks.

The Jackson State head coach recently revealed to Dan LeBatard that he had interviewed for multiple Power Five jobs.

“And I told him when it was possible and they went in another direction. I wasn’t upset, that just means that God wanted me to continue to be at Jackson State.”

Sanders was thought to be a candidate for the TCU job last fall as Jackson State swept through the SWAC for a conference title. Meanwhile Sanders was battling with complications from foot surgery that had doctors considering amputating his foot.

The story behind that will be revealed in the next installment of the “Coach Prime” documentary, as well as the behind-the-scenes of landing Travis Hunter.

In the meantime, Deion Sanders is focused on getting better and getting Jackson State to the next level.

“I’m not looking to tomorrow, I don’t do that right now,” Sanders said on The Rich Eisen Show. “I focus on today. I focus on the now. I focus on maximizing the moment and giving these kids all I have today. When tomorrow comes, I’ll concern myself about that tomorrow. I don’t look down there. That’s why we’ve been successful. We really focus and dominate today and in the moment. They’re questioning what’s the build up, what’s the exit plan … all that. I don’t think like that. Not only do I have to win, I have to dominate. I take this next phase of my life like I did the (NFL) game. I’ve got to dominate this thing. We’re winning, but we’re not dominating.”