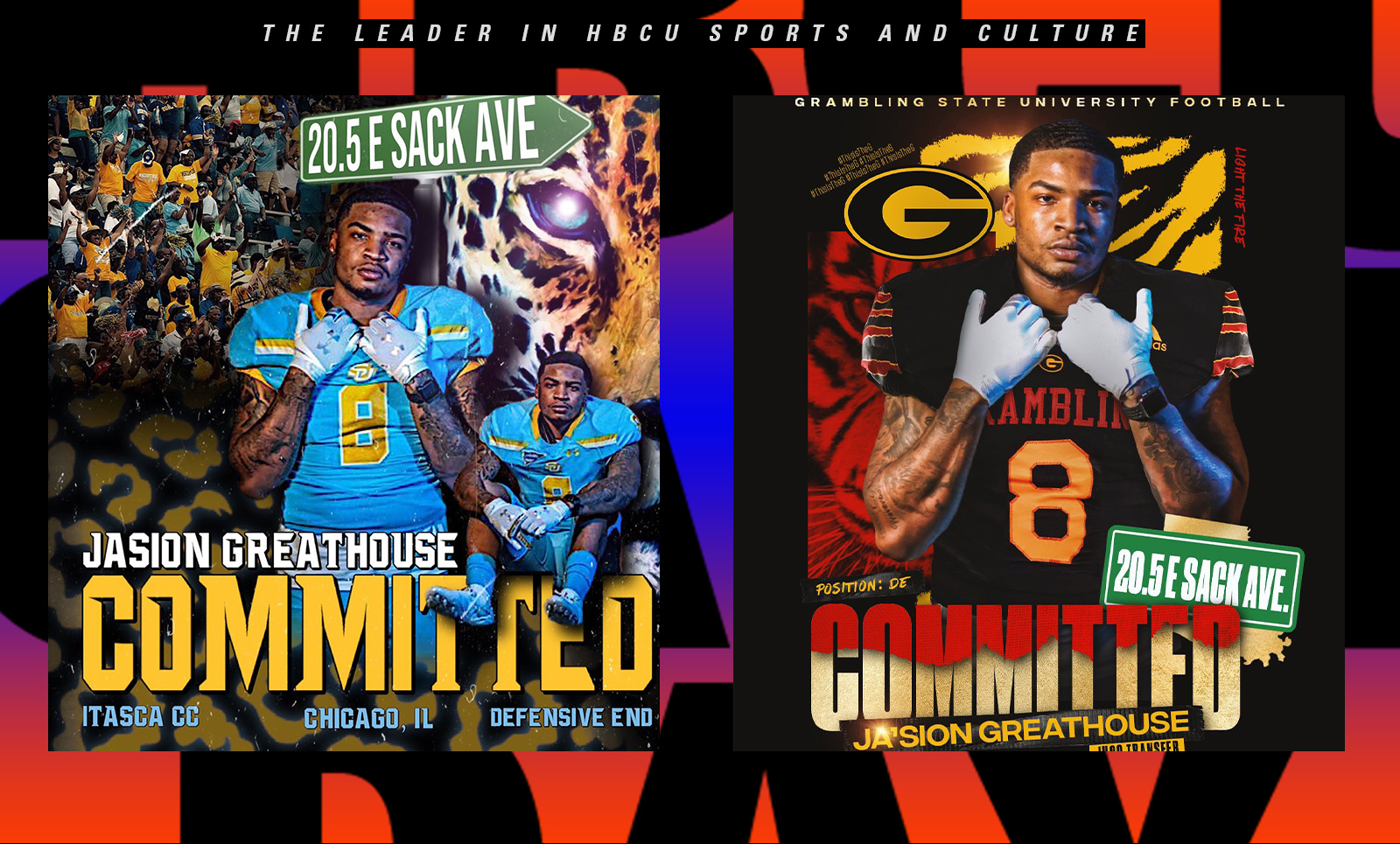 For the third time this month, Grambling State has flipped a prospect after he visited and committed to Southern University.

Grambling State has done it to Southern University yet again.

Reigning 2021 NJCAA Division III Football Defensive Player of the Year Ja’Sion Greathouse has flipped his commitment from Southern University to Grambling State. He made his announcement via Twitter on Sunday.

Greenhouse called his decision “strictly business” and said that he had to make the best decision for his daughter and himself. That best decision led him to Hue Jackson’s Grambling State Tigers. He did, however, acknowledge Southern as he let the world know he would be headed to its rival in North Louisiana.

“ALL LOVE Jag Nation,” he tweeted.

The Chicago native dominated the competiton at the Division III level of the NCJCAA, as he led the nation with 20.5 sacks and three fumble recoveries in just nine games for Itasca Community College in Minnesota. His best game in late October when he had nine tackles, 5.5 sacks, three tackles for loss, two fumble recoveries, and one touchdown.

Greathouse committed to January 23 following a visit to the campus the previous weekend. Three days later, he reported an offer from Grambling State. By this time, Grambling State had already flipped not one but two Southern commitments. Former Arkansas defensive back Devin Bush was the first to flip in mid-January. A week later former LSU linebacker Donte Starks changed his plans as well. He was offered by Southern on Jan. 14 and committed on the 18th. He reported an offer from GSU that same day.

At this point, Southern might want its commits to keep quiet about their choice until signing day on Feb. 2.

799
The Latest in HBCU Sports and Culture