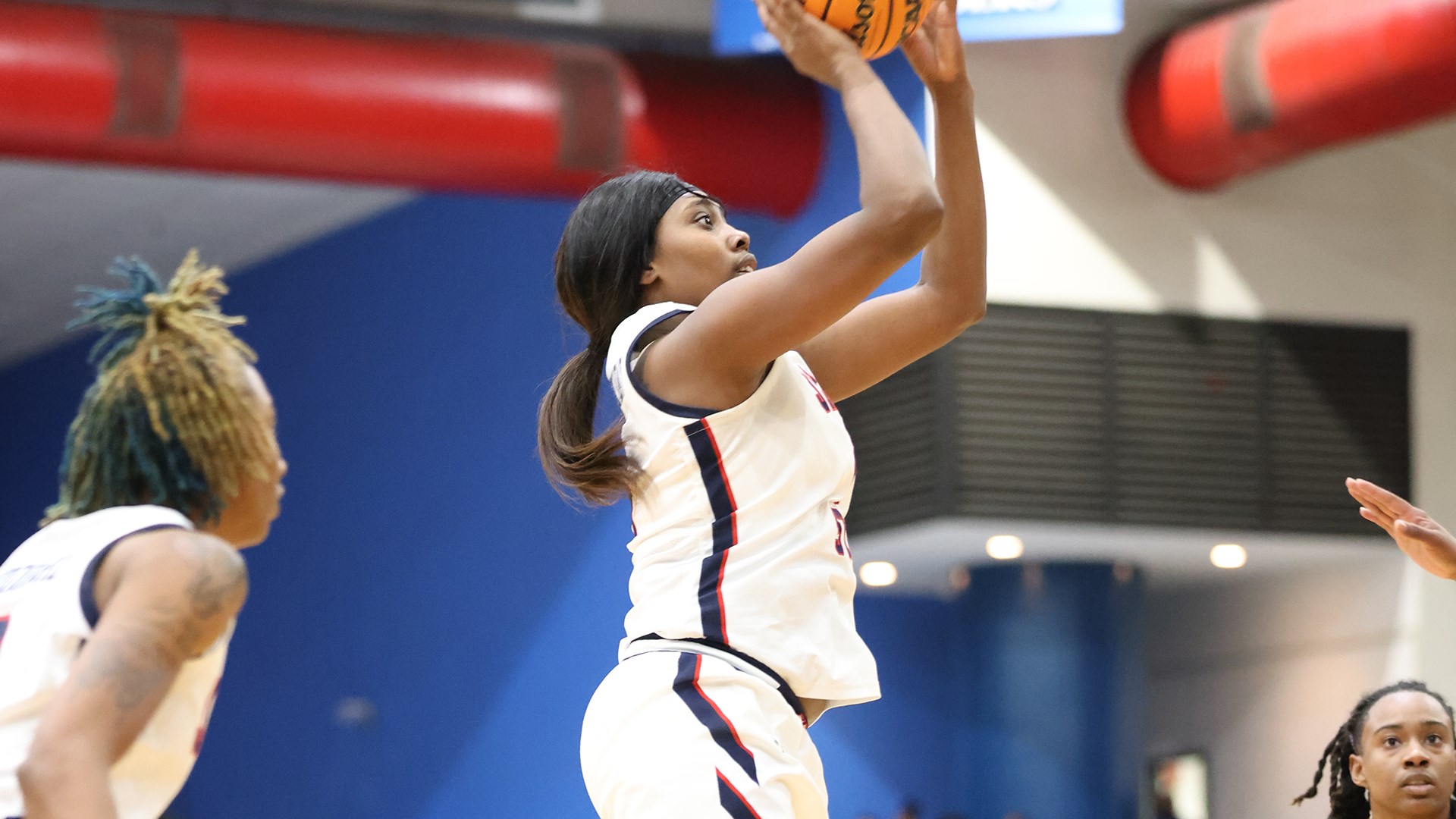 Jackson State women’s basketball continued its dominance of SWAC foes as it obliterated FAMU at home.

TALLAHASSEE, FLA – Four Jackson State players reached double figures including 21 points and 11 rebounds from senior Ameshya Williams-Holliday to help the Jackson State women’s basketball team cruise to a 90-34 win over Florida A&M Monday evening inside the Al Lawson Center to secure their seventh consecutive win. Williams-Holliday notched her 10th double double on the season (14th in the NCAA) and 41st of her career.

Jariyah Covington was phenomenal off the bench finishing with 14 points. Keshuna Luckett chipped in 13 points with 4 assists. Ti’lan Boler rounded out the double figure scorers recording 10 points and 8 rebounds. Daja Woodard was also incredible off the bench with 9 points and 10 rebounds.

JSU (9-6, 7-0 SWAC) used a 34-5 run, that spanned nine minutes of action, to race out to a 35-12 advantage with 4:39 left in the second quarter. During that stretch the Lady Tigers’ defense forced twelve Rattler turnovers and held them to 2-of-12 shooting from the field. While the Lady Tigers’ defense was cooking, JSU’s ability to get multiple players involved also shined. Nine different Lady Tigers contributed at least one basket in the first half as JSU went on to lead 41-20 at the break.

The second half saw the Lady Tigers pressure the Rattlers (2-15, 3-4 SWAC) into 12 turnovers that lead to 16 JSU points. JSU utilized a 16-3 surge, behind 11 points from Williams-Holliday who sat for majority of the first stanza, to push the Lady Tigers advantage to 56-23 with 4:43 left in the third quarter. The Lady Tigers went on to lead by as much as 59 in the contest before claiming the 90-34 victory.