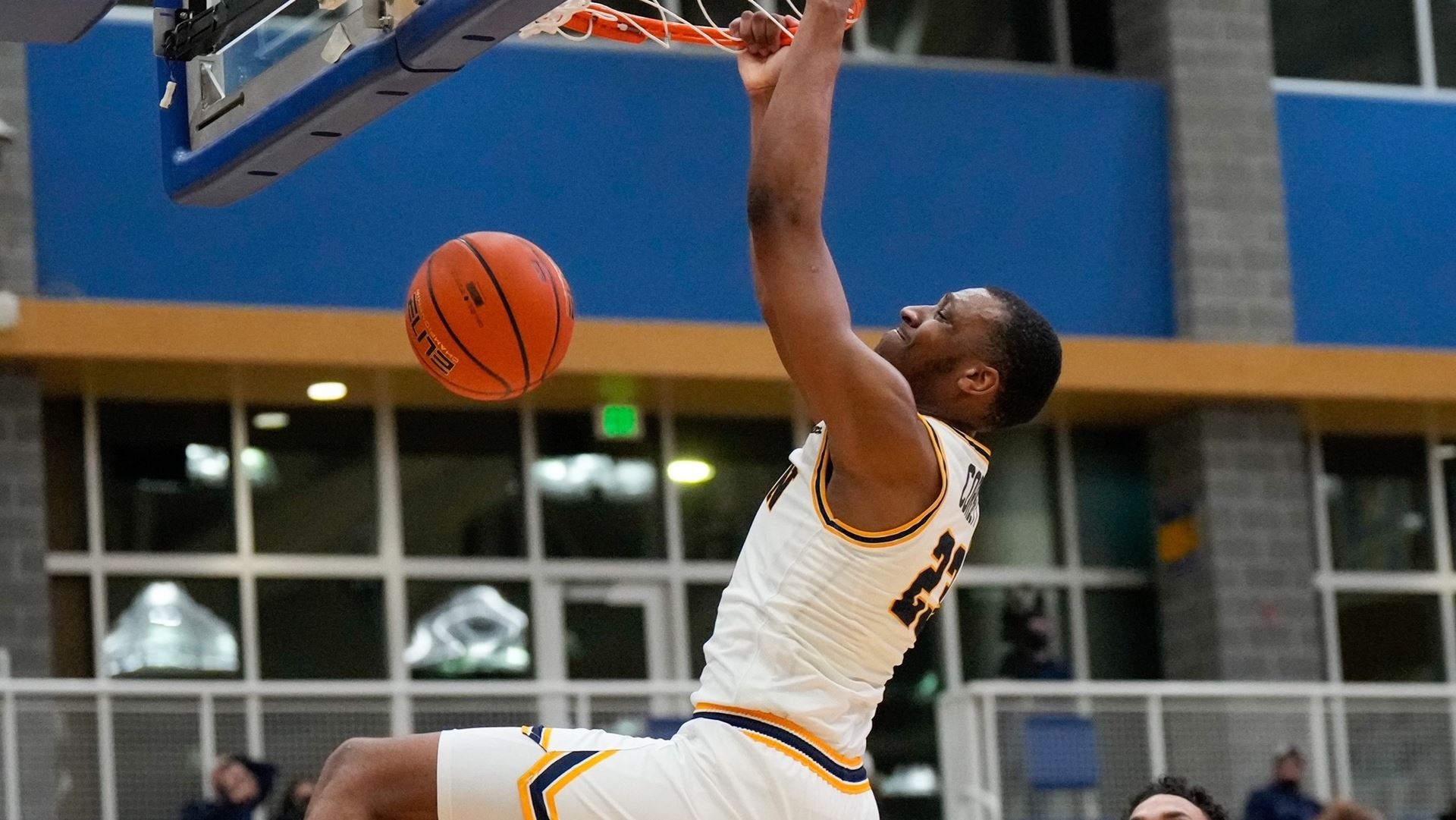 Trailing 81-80 after a Howard timeout, Tarke recovered a loose ball and hit a fallaway jumper.

BALTIMORE – Nendah Tarke converted on a three-point play with just under five seconds left to lift the Coppin State men’s basketball team to an 83-81 win over Howard on Monday night at PEC Arena.  The Eagles improve to 4-15 overall and 3-1 in the MEAC while the Bison fall to 7-9 on the year and 1-2 in league play.

Trailing 81-80 after a Howard timeout, Tarke recovered a loose ball following a tipped pass by Tyree Corbett and hit a fallaway jumper despite the contact.  Tarke buried the free throw and the Bison’ last-second effort came up short and the Eagles enjoyed their second raucous celebration in the last three games.

Tarke had an impressive all-around game with 19 points, five rebounds, four assists and four steals while Corbett notched his second 20-20 game of the season with 25 points and 22 rebounds.  Corbett made 9-of-17 from the floor and 7-of-8 from the line.

Kyle Cardaci and Jesse Zarzuela also finished in double figures, recording 16 points and 15 points, respectively.  Cardaci hit five 3-pointers on the night while Zarzuela hit 7-of-10 from the stripe and dished out four assists to match Tarke.

Zarzuela opened the second half with five-straight points, and following a Howard three, Sita Conteh hit a floater to pull the Eagles within five.  The Bison quickly extended their lead back to double digits, but CSU kept within striking distance before its final push with just under five minutes left.

After four-straight free throws by Howard, Coppin had back-to-back old-fashioned three-point plays to pick up the win.

802
The Latest in HBCU Sports and Culture