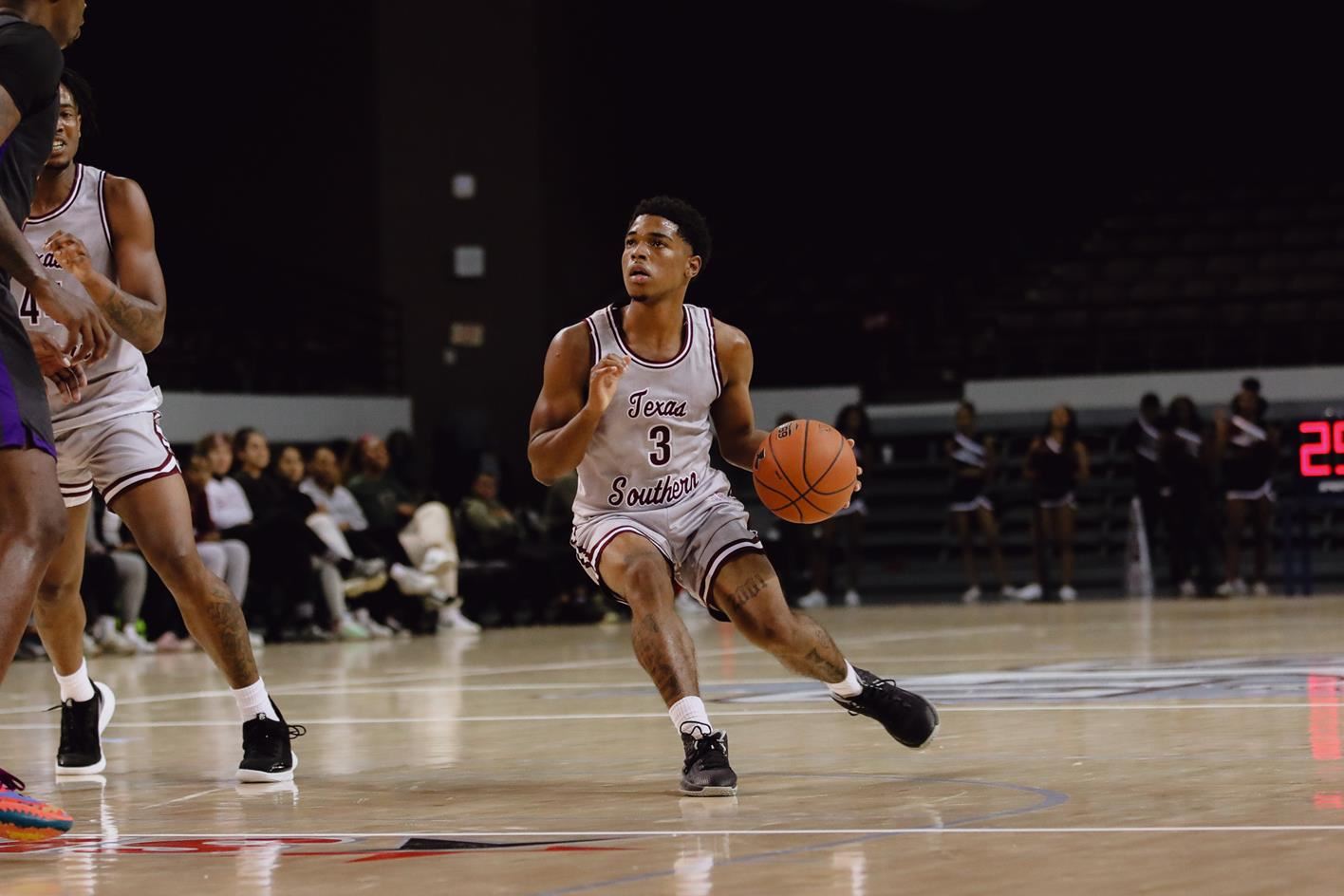 SWAC basketball: Texas Southern gets back on track

Here’s what happened in SWAC basketball on the men’s side Wednesday night.

GRAMBLING, La. – History says Texas Southern and Grambling State would play a close game and they did just that as TSU went on a 10-3 run over the final two minutes to claim a 67-61 win Wednesday night in Grambling.

TSU would lead for nearly seven minutes to open the first half but Grambling State kept chipping away and tied it at 12-all on a Quintin Murell layup. TSU would miss its next four shots over the next three minutes but kept GSU scoreless until a Shawndarius Coward layup moved the lead (14-12) to GSU with 10:43 remaining.  TSU would end its drought six minutes later after a Justin Hopkins’ free throw. Hopkins would miss his second attempt but make up for it as his offensive rebound led to a John Jones’ three-pointer and a 16-16 tie.

That was the spark TSU needed as the game turned into a back-and-forth affair from that point as the lead changed hands three times. With 6:28 left, John Walker III hit a much-needed three-pointer to shift the lead back to TSU as the Tigers were near-perfect (6-of-7) from the field going into the half. GSU managed to knot the contest at 29-all late in the half but PJ Henry scored the final five points for TSU as they claimed a 34-29 halftime lead.

TSU upped its lead to six early in the second half but GSU would outscore TSU 24-9 over the next 8:31 to lead by as much as nine (53-44) with 9:41 remaining. Sensing the game slipping away, TSU picked up a big steal and John Jones was fouled on a three-point attempt. Jones hit all three attempts to narrow the gap to six (53-47).

Fueled by timely free throw shooting and defense, TSU fought back with a vengeance as they outscored GSU 14-5 over the next 6:31 to knot the score at 58-all after 1-of-2 free throws from Karl Nicholas with 2:27 left. The TSU defense stepped up again and forced a GSU turnover on its next possession and capitalized as Nicholas scored off a Henry assist which ultimately turned into a three-point play and a 61-58 lead with 1:50 left. Grambling State missed its next two shot attempts and with 23 seconds left, Henry hit a crucial jumper to make it a two-possession (63-58) game followed by two additional free throws as the lead grew to 65-58.

GSU refused to go away as A.J. Taylor hit a three-pointer to draw within 65-61 with 11 seconds left but Henry hit two more free throws to close out the game and earn the road split.

Henry led TSU with 16 points followed by 12 points and eight rebounds from Walker III. John Jones closed out the double-digit scorers with 10.

TSU is scheduled to face Arkansas-Pine Bluff Saturday evening inside the H&PE Arena at 7:30 p.m. for its home opener.

SWAC basketball: Texas Southern gets back on track