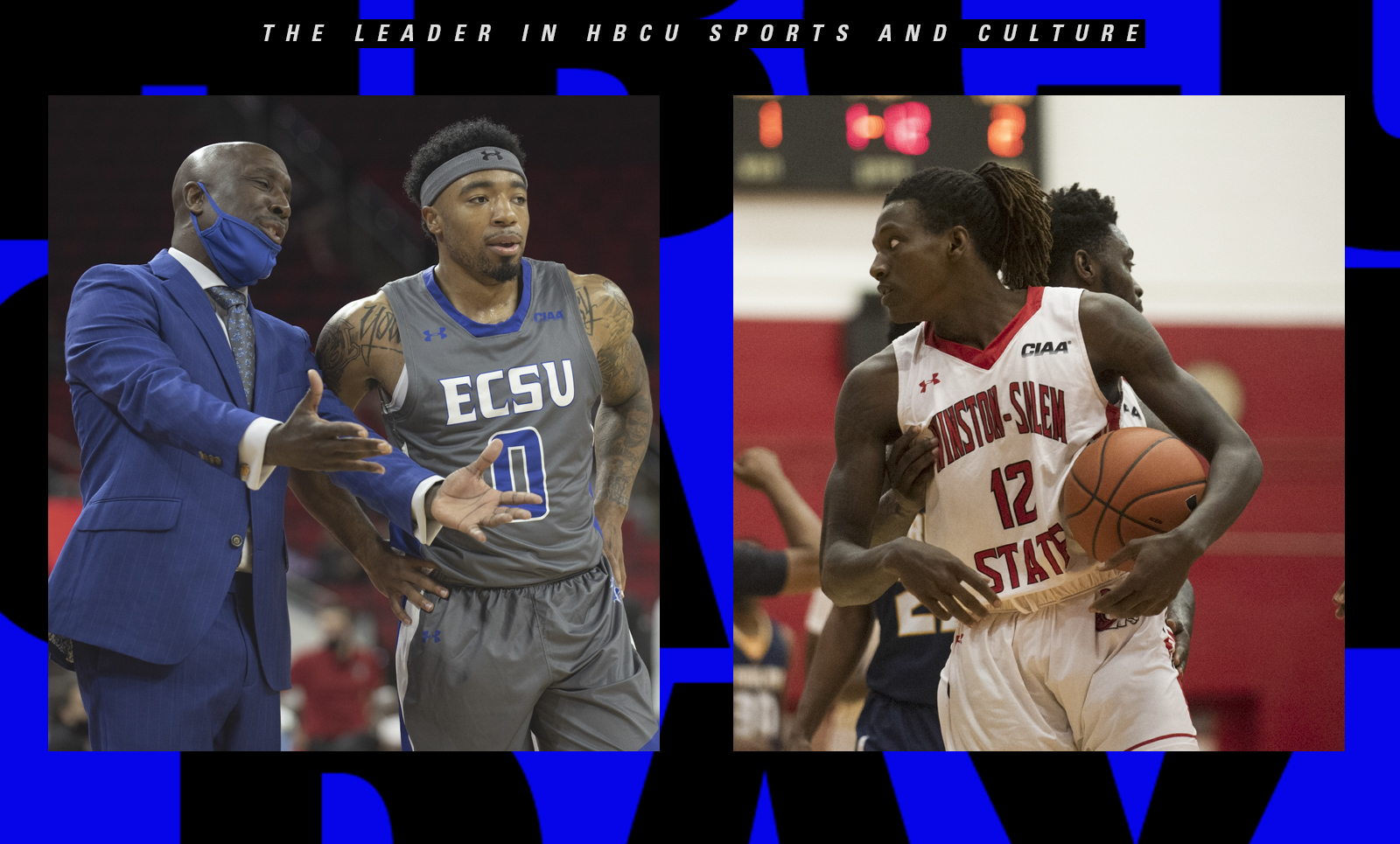 Traditionally, January is when CIAA basketball really heats up. A look at COVID policies and two double-headers.

Although a handful of games are played in December before or after Christmas break, CIAA basketball really heats up in January. That’s when students return to school and fans really pack the stands. These typically small gyms are filled with students, alumni and fans who brave the cold to come cheer on their squads and make it a hostile environment for their rivals, who often bring a crowd of their own. It’s what has made CIAA basketball stand out even amongst other HBCUs and bigger conferences.

But like everything else in this pandemic-impacted world, things are a little more complicated now. Several games have already had to be postponed or rescheduled due to COVID-19 issues and — at least for now — some schools are telling fans to stay home.

Bowie State was the first to bar spectators back in December. Since then Fayetteville State, Johnson C. Smith and Virginia Union have done the same. Winston-Salem State announced on Wednesday that it will allow fans in the C.E. Gaines Center — but they must have a negative COVID-19 test regardless of vaccination status.

It will be interesting to see when — or if — these restrictions will be lifted this season by the individual schools. The big question is whether or not fans will be able to attend the CIAA Tournament which is set to make its Baltimore debut at the end of February. A source tells HBCU Gameday officials from CIAA schools are expected to discuss the tournament in the next few weeks.

For now, fans of CIAA basketball will have to get their fix via the paywalled CIAA Sports Network or get busy used to searching for testing sites to watch their favorite teams in person.

Things are looking up for Virginia State women’s basketball after a couple of down seasons. VSU enters Thursday’s matchup 7-5 overall having won six of its last seven games, including all three of its CIAA matchups. Guard Natalia Leaks leads the way for VSU with 14.1 ppg and also averages better than seven rebounds per game. The WSSU women return home 4-4 overall, but that includes losses to Division I Appalachian State and two games against nationally-ranked Alaska Anchorage. They have only played once in the last month — an 82-55 thrashing by Lincoln — but are 2-0 at home. WSSU does have a two-game winning streak against VSU dating back to the 2018-19 season.

The Virginia State men enter Thursday’s contest 4-6 overall, beating Claflin on Dec. 21 to end a six-game losing streak and pick up their first win in the CIAA. VSU is led by BJ Fitzgerald, who is currently fourth in the conference in points per game (16.8), fifth in field goal percentage (49%), second in free throw percentage (84%) and fifth in three-point field goals per game (2.2). VSU has also had WSSU’s number under Lonnie Blow with seven consecutive wins in the series.

WSSU, the defending CIAA Champions from 2020, comes in 6-4 overall. The undersized squad hangs its hat on defense, holding opponents to just 38 percent shooting from the field and allowing just 62.1 points per game. Its leading scorer is Devante Cooke who averages 13.8 points per game as WSSU averages just 66 points per game. It is next to last in rebounding (31.9 rpm) and dead last in offensive rebounding (8.2).

Elizabeth City State women come into Thursday’s matchup with a 10-2 record, the best in the league. ECSU leads the league in field goal shooting at just under 43 percent and holds opponents to a CIAA-best 34.6 percent from the field while also leading the league in rebounding margin, grabbing 8.2 more rebounds per game than its opponents.

The Livingstone women — well they have their work cut out for them. LC scores a league-low 48.6 points per game and gives up the ball a league-high 24 times per game.

ECSU’s men enter January 2021 looking like a contender in the CIAA North. It leads the CIAA in turnover margin, turning the ball over just 14 times per game while forcing opponents into more than 16 per game, including a league-high 9.64 steals per game. The guard tandem of Zach Hobbs (16.8 ppg ) and Jayden Beloti (11.6) are tough and Hobbs leads the CIAA with two steals per game.

Livingstone enters January as the best offensive team in CIAA basketball, averaging 82.6 points per game. It is also its worst defensive team, giving up 86 per game. Leading the way is big man Nevar Elmore who is currently third in the league in scoring at 17.1 ppg while shooting a league-high 66 percent from the field.