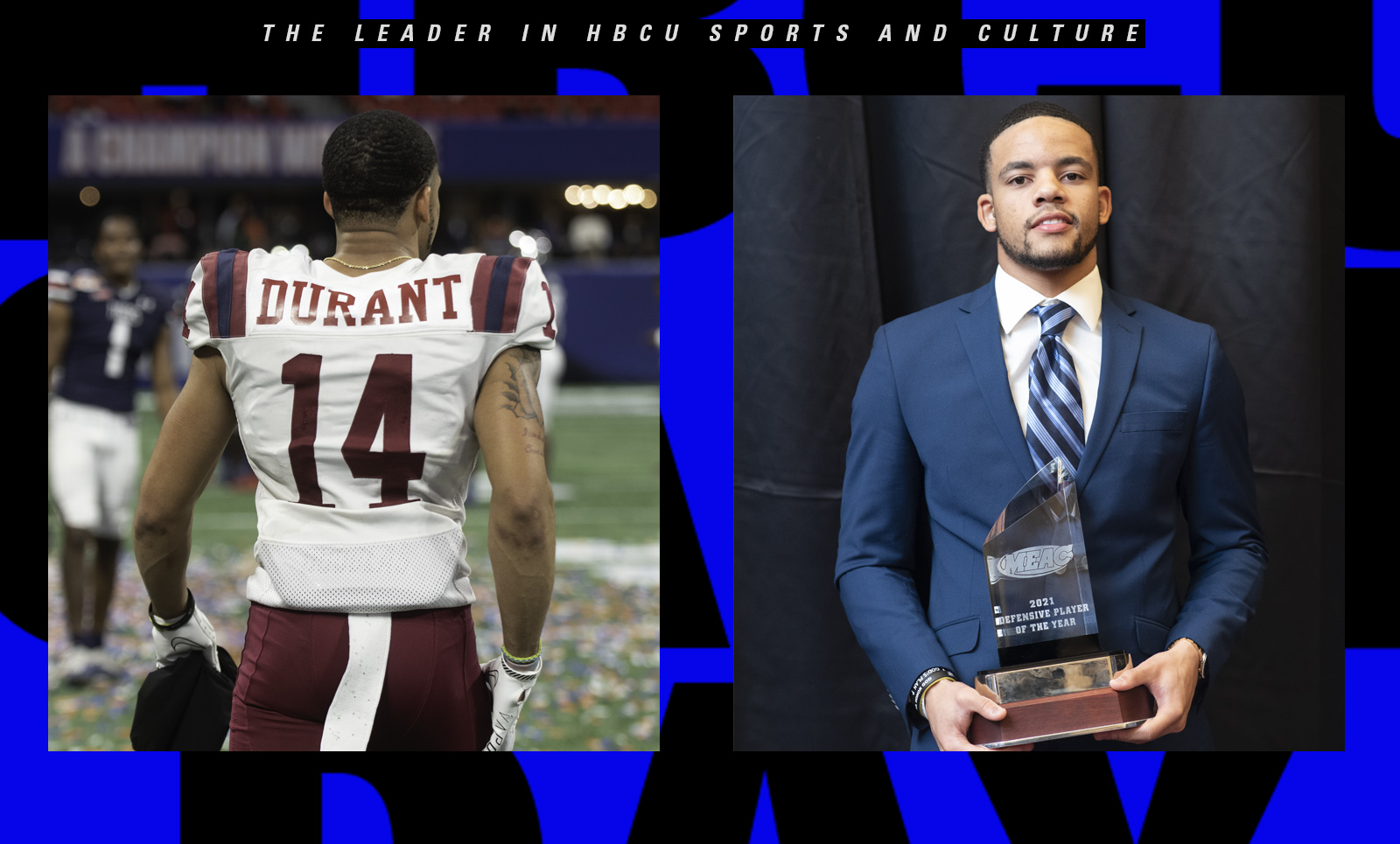 South Carolina State defensive back Decobie Durant, fresh off helping his team win the 2021 Cricket Celebration Bowl, has been named an All-American by two separate organizations after Monday’s release of the STATS Perform FCS All-America teams.

Earlier in December, Durant — the 2021 MEAC Defensive Player of the Year and Cricket Celebration Bowl Dennis Thomas Defensive MVP — was named First Team All-American by the Associated Press, joining Norfolk State offensive lineman Justin Redd as the only MEAC players on the team.

Considered one of the MEAC’s top pro prospects, Durant racked up 38 tackles on the season — and had his first career sack this past Saturday in the Cricket Celebration Bowl — including 30 solo stops while also leading the conference in passes defended with 15. He had three interceptions on the season, including a pair back in September against nationally-ranked Clemson.

Durant’s performance in the Celebration Bowl earned the praise of Jackson State head coach Deion Sanders after the game.

“They’ve got a corner over there that should be recommended for the NFL, I am sure he is,” Sanders said, alluding to Durant. “He should get his shine on.”

Decobie Durant will compete in the East/West Shrine Bowl in Las Vegas on Feb. 3, 2022.