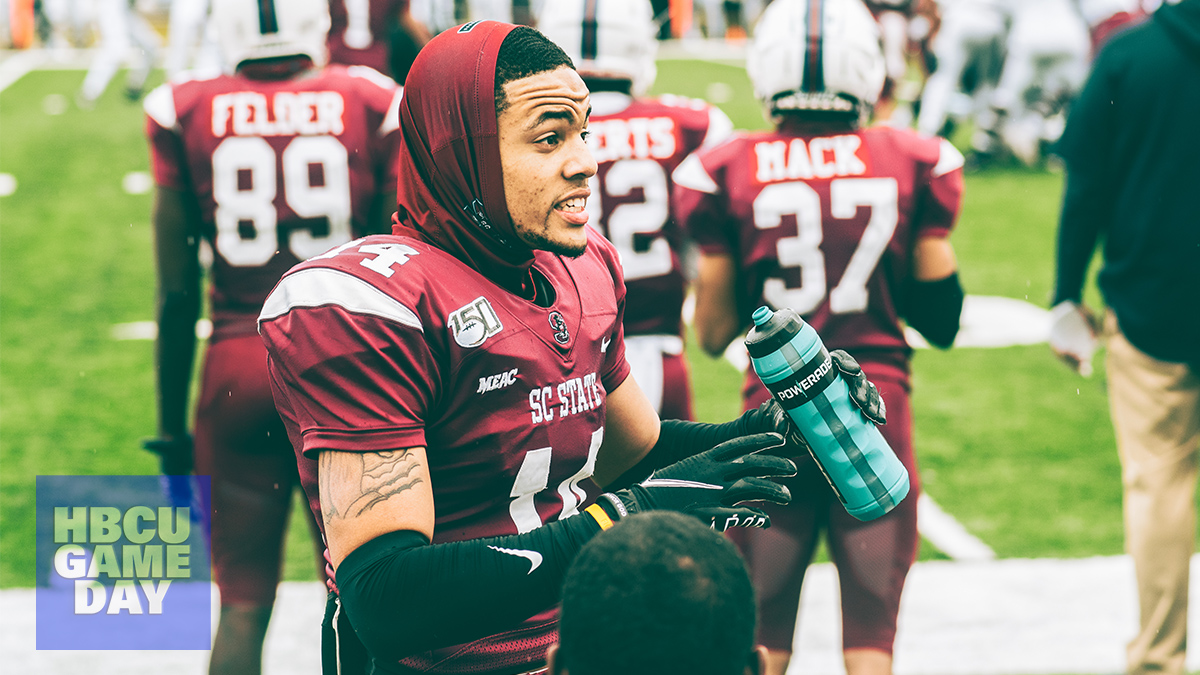 SC State looking to make the most of Celebration Bowl shot

South Carolina State finally has secured the MEAC’s bid to the Celebration Bowl. After not being a fan of the game, its coach has come around

A lot of folks won’t admit it now, but there was apprehension about the Celebration Bowl in the early days. MEAC Commissioner Dr. Dennis Thomas’ idea to pit the MEAC and SWAC Champions against each other in a bowl game was not popular with many people in the conference — and Buddy Pough was one of them.

The South Carolina State head coach — the longest serving active head coach in HBCU football — admitted on Thursday that he was not in favor of it initially.

“I can tell you that I fought for a good many years to keep this thing from happen,” Pough said at a press conference for the Celebration Bowl in Atlanta on Thursday. “Then by the time I figured out that this was something that we ought to really buy into — I think I’ve been punished for not being able to be on board at the very beginning by not being able to come for all those years.”

Pough was (halfway) joking, but it is somewhat suprising that the Dec. 18 game against Jackson State will be SC State’s first appearance. The program has a MEAC record 18 football championships, and Pough has won nearly half of them. But since the game’s inception in 2015, his program has found itself on the outside, looking in as rival North Carolina A&T made three trips and NC Central was the conference representative in 2016. Twice in that span — in 2015 and 2019 — SC State won a piece of the MEAC title but didn’t get the big prize.

“We’ve played lots of games in Atlanta. We played at the old Georgia Dome,” Pough said. “But this is the first time I’ve set foot into the Mercedes-Benz Dome. And I’m excited.”

Besides the shiny stage comes the financial reward of making the bowl game. The financial payout is a bit below $600k, plus an allotment of tickets to sell.

“Well, the main part of the money part is that we want to make sure that we do a good job of being good stewards, of exactly what’s being done financially from the Celebration Bowl,” Pough told HBCU Gameday in Las Vegas earlier this week. “This is a wonderful opportunity for us to give back to our university in a way that we ordinarily wouldn’t have a chance to.”

SC State is looking for the bowl game to pay off in more ways than one. The game offers high visibility in the area of recruiting.

“We do recruit mostly in South Carolina, but we worked some Georgia kids, we work some North Carolina kids. We work Florida a little bit. To be in a game such as this, you know, all of the publicity that we would get from having this opportunity will be something that I think will help.”

SC State looking to make the most of Celebration Bowl shot