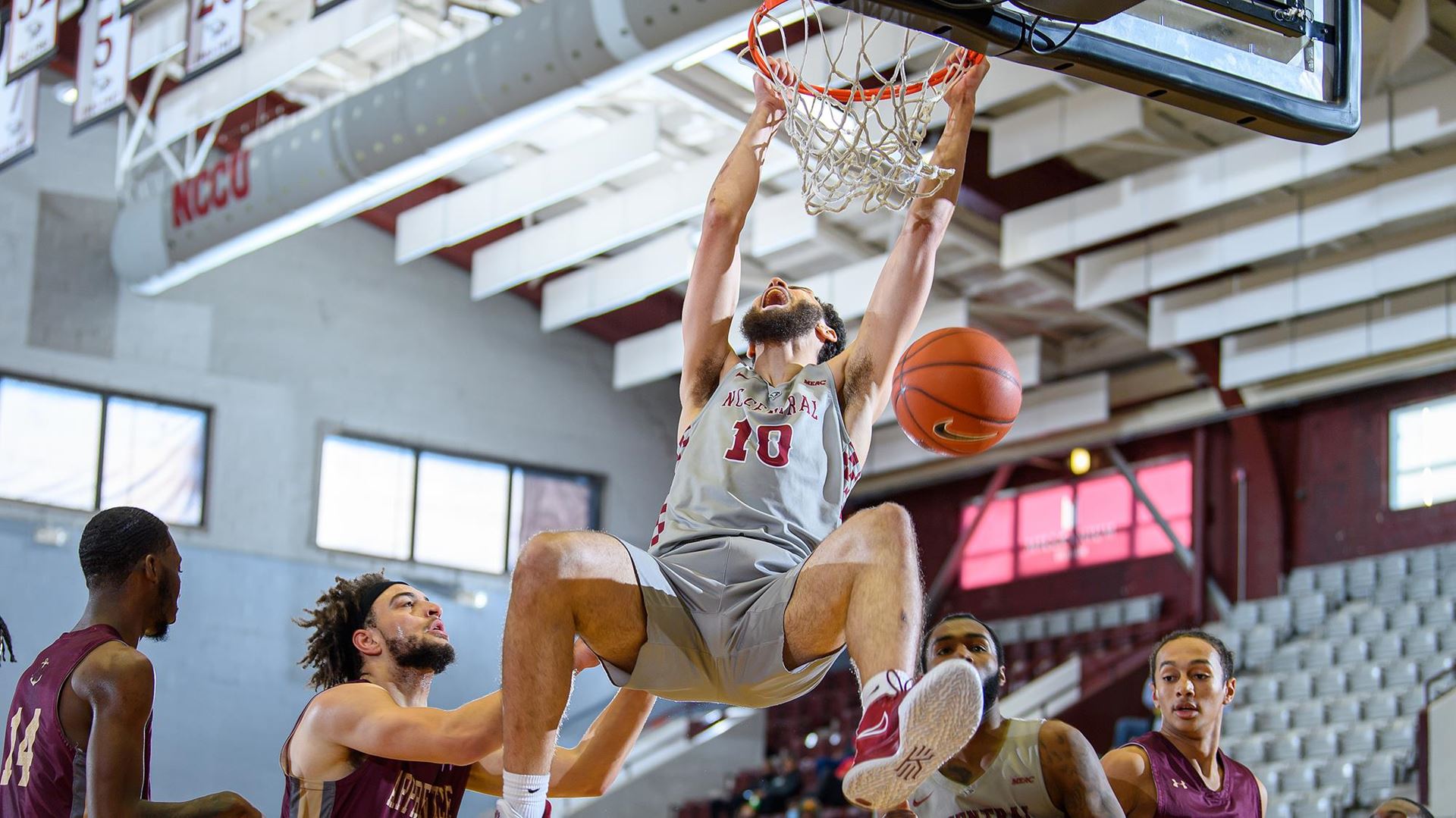 North Carolina Central beat UNC Ashville for its first win against a Division I program this season. It went down to the wire.

SPARTANBURG, S.C. – North Carolina Central scored the first and final buckets of the first and second half, but none was more dramatic than Eric Boone’s (Lexington, Ky.) floater in the paint with 3.3 seconds remaining to give the Eagles a dramatic 67-65 win over USC Upstate at the G.B. Hodge Center on Wednesday, December 1.

NCCU (3-5) opened the scoring with a trey by Randy Miller Jr. (Odenton, Md.) and that set the tone for the Eagles as their first three field goals all came from beyond the arc.  USCU (2-5) was able to open a nine-point lead, however, and held that advantage for the majority of the contest.  NCCU mounted a late charge to end the period as it scored six unanswered points, culminating with another triple by Miller to bring the Eagles within three, 33-30.

The Eagles didn’t allow the Spartans to get too far ahead in the second half, and were able to get to the free throw line 21 times.  NCCU found its gear in the final four minutes, and closed the game on an 11-5 that ended on Boone’s runner to give the Eagles the victory.

Boone led all scorers with a season-high 20 points, three assists, and three steals.  He was followed by Miller with 16 points, and Cameron Butler(Chicago, Ill.) who pulled down a game-most eight caroms with six points.  Asanti Price (Columbia, S.C.) chipped in 10 points with four boards for the maroon and gray.

North Carolina Central will travel to UNC Ashville on Saturday.