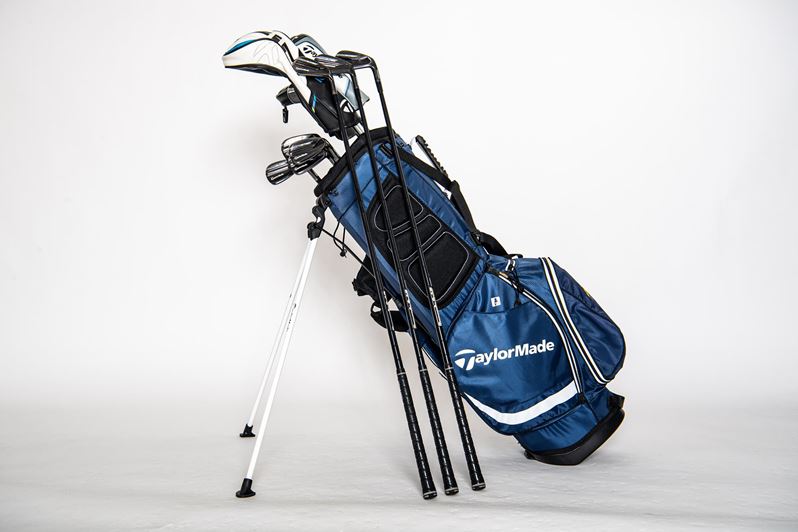 North Carolina A&T golf has agreed to an equipment and apparel deal with TaylorMade Golf Company for J.R. Smith and his teammates, who have two tournament wins already.

EAST GREENSBORO – The North Carolina A&T golf programs have entered into an agreement with the TaylorMade Golf Company to receive accessories and equipment. The deal takes effect immediately.

“North Carolina A&T State University entered into collegiate golf five years ago with the inaugural season of our women’s golf program. The men came a year later, and it is astounding how far both programs have come in a short time,” said N.C. A&T Director of Athletics, Earl M. Hilton III. “Our agreement with TaylorMade is another giant step forward in the progression of women’s and men’s golf at North Carolina A&T. I am super excited for coach Richard Watkins and his golf programs.”

In the agreement, the Aggies will receive accessories such as bags, gloves, and hats. They will also receive equipment that includes golf clubs and balls. In addition, TaylorMade is looking to expand the reach of golf into multiple communities.

“We embrace the growth of golf at (historically black colleges and universities),” said TaylorMade program manager copyrighter Tony Starks. “We want to be a part of that. For TaylorMade, this is a perfect partnership as we strive toward broadening the sport of golf.

“If it is to have sustained success at HBCUs, recruiting is pivotal. In a positive sense, we want to have a large impact through the visibility of our product with a school like North Carolina A&T. We hope to broaden the audience so that the public at large knows there is great golf played at HBCUs.”

Watkins has been at the helm of both programs since their respective inceptions. The women’s program has won six tournaments in its five-year existence. In addition, the program has produced outstanding lead golfers such as Jill Harvison, Sofia Alvarez and Christyn Carr.

Diego Gonzalez has become one of the best golfers in the Big South Conference. Gonzalez has already earned the conference’s weekly award for top golfer twice during the fall season of 2021.

Xavier Williams has also been a stable force within the program. He lost a three-hole playoff earlier this season, earning him golfer of the week honors in the Big South.

Watkins hopes the TaylorMade agreement only enhances what the two programs have already accomplished.

Since the creation of the first metal wood in 1979, the TaylorMade Golf Company has established a legacy of breaking from tradition to reach new thresholds of performance. Driven to lead the industry in product innovation, TaylorMade is committed to exploring new frontiers, pushing the limits of product manufacturing, and constantly pursuing the next significant breakthrough in golf.

With a history of creating revolutionary products year after year, TaylorMade attracts many of the greatest athletes in all of golf. Led by Rory McIlroy, Dustin Johnson, Collin Morikawa, Matthew Wolff, Tommy Fleetwood, and Tiger Woods.