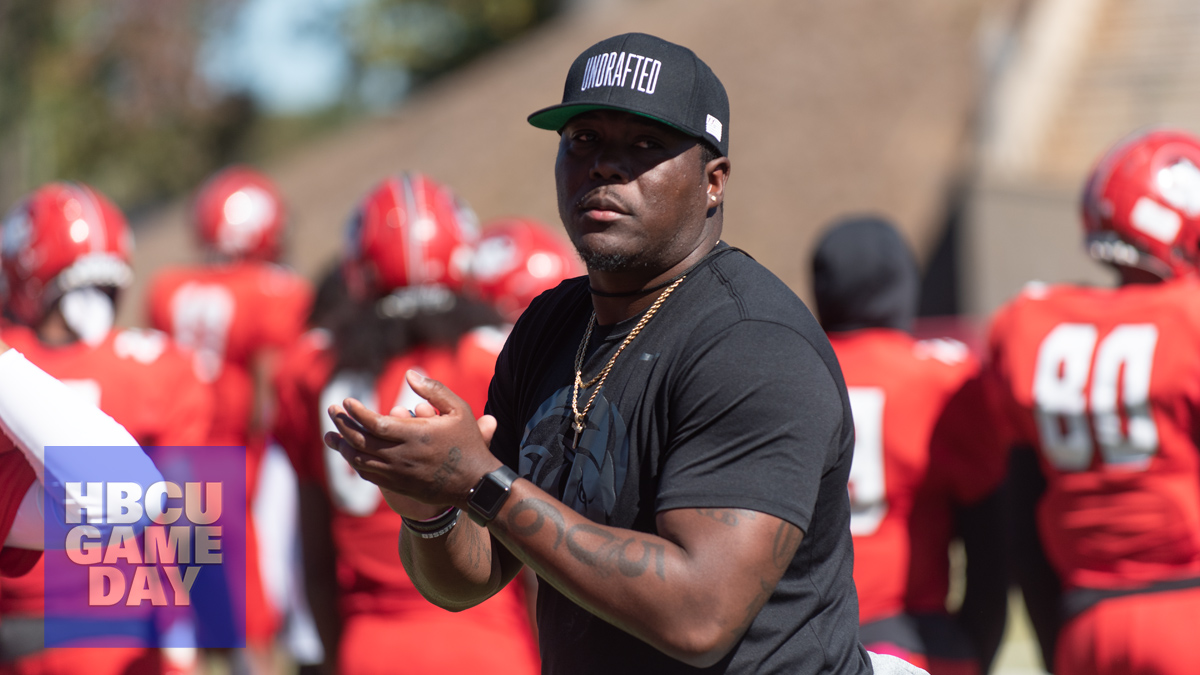 There are three head coaching openings in CIAA football at the moment. Expectations and resources may vary.

The season is now complete for all of CIAA football, except for Bowie State.

For many Division II programs, that means selecting a new head football coach. There are several programs with openings at head coach within the CIAA. Here’s the lay of the land right now.

For the second time in just over three years, Elizabeth City State will be hiring a new football coach. Anthony Jones was dismissed from his job immediately after Bowie State beat the breaks off its CIAA North opponent in the season finale. ECSU finished 3-7 —  its best record under Jones — but that wasn’t enough to convince ECSU to let him keep going. So athletic director George L. Bright and his staff will look to find someone to lead a program that hasn’t done much since winning a couple of CIAA North titles under Waverly Tiller a decade ago.

During his tenure at ECSU, Bright has made good hires in volleyball as well as men’s and women’s basketball. But clearly, football is its own animal.

The challenge of playing in the same division as national power Bowie State and traditionally strong programs like Virginia State and Virginia Union make this a difficult job. Add in the fact that it is the smallest school in the UNC System in a rural area of the state, it’s not exactly a dream destination for recruits.

ECSU wasted little time moving on from Jones, announcing the move the Monday following the season finale. That’s a good move because between the transfer portal and two recruit signing days less than 90 days apart, it is more important than ever to get the right person for the right job, but also to do it in a timely manner. Bright acknowledges that fact.

The one job opening that everyone in the CIAA knew was coming, but took the longest to come open.

Kermit Blount never reached .500 at JCSU. Then again, JCSU is no traditional football powerhouse. Its last CIAA championship was back in 1969 and it hasn’t beaten WSSU since Puffy and Mase were running the charts.

JCSU is a basketball school first-and-foremost. Its Director of Athletics is legendary basketball coach Steve Joyner Sr. Joyner has been running the show for 16 years, and the program only has three winning seasons to show for it — the last one in 2012 under Steven Aycock.

One thing that Smith has going for it is location. Charlotte offers extra-curricular that no school outside of Bowie State in the conference can boast of. Certainly not Elizabeth City or Winston-Salem. As a private school, though, it’s tough to get talented players without giving a full-ride — something that most D2 programs cannot offer.

This should be one of the marquee jobs in CIAA football. But it will have to find someone that can make it relevant in the Queen City and build a football culture that simply hasn’t existed for quite some time.

Needless to say, this is a job not for the faint of heart. This coach will likely have to check all the boxes. He’ll need to put together a great staff (which takes money), hit the transfer portal hard and find some gems from the high school level (and have money to get them to campus) as well as fundraise and keep the fan-base happy. It’s a tall task for sure, but if he doesn’t have the financial backing of the administration, WSSU could find itself right back here again in a few years.

Winston-Salem State has likely set a record for the longest stretch in NCAA history without a permanent head football coach. It fired two-time champion Kienus Boulware back in April of 2019, put assistant Robert Massey in as interim and then kind of just went on auto-pilot for the rest of that year, 2020, and into the 2021 season. If you talk to any of the players they will let you know that Massey was a steady hand as the team dealt with losing its coach in spring ball then throughout the pandemic — all with the label of interim. That job has been admirable — but it has resulted in back-to-back losing seasons — something that WSSU hasn’t seen since its DI football attempt.

WSSU has a proud football tradition in CIAA football — dozens of division titles, 12 CIAA titles, the most playoff wins by an HBCU in D2 history — the list goes on. It has also had great head coaches who have led the program to multiple championships and gone on to do the same at the FCS level (Bill Hayes, Pete Richardson, Connell Maynor). With that comes expectations from alumni and supporters. WSSU fans can be hard on a coach, even when he’s winning (ask Kermit Blount and Boulware). If folks are expecting them to have been humbled by back-to-back losing seasons and watching their friends in Fayetteville win the division four times in a row — they can think again.

This is a job that comes along with great tradition and expectations in CIAA football. That hasn’t changed. What has changed are the resources. Scholarships were reportedly at 22 for the 2021 season. That’s not going to cut it any more, not even in the CIAA South. The school’s athletics budget has shrunk tremendously since the days it was riding high and winning championships in seemingly everything.

The administration hasn’t been saying much, but the streets have. Grambling State assistant and interim head coach Terrence Graves is a favorite among some alumni. Former WSSU star, NFL player and scout Tory Woodbury has been put out there as well as former WSSU assistant and current Alabama A&M offensive coordinator Duane Taylor, who runs one of the top offenses in FCS football.

This will be a signature hire for AD Etienne Thomas, who successfully hired Charlie Jackson at Kentucky State before coming to WSSU.