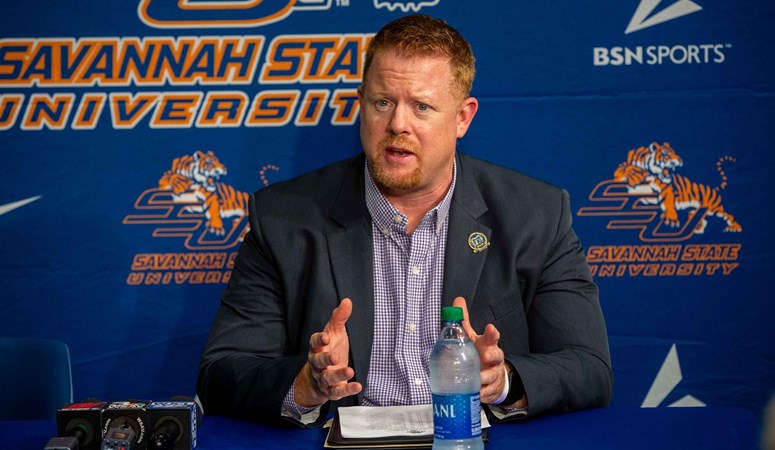 Savannah State will be looking for a new head coach as Shawn Quinn has stepped down for a “new adventure.”

Shawn Quinn has stepped down from his post as head coach of Savannah State. He made the announcement via Twitter on Wednesday.

Savannah State was 16-6 in two seasons as the head coach at SSU. That included an 8-2 record during the 2021 season as SSU finished second in the SIAC East behind eventual SIAC Champion Albany State in a game that decided the division title.

Quinn came to SSU as an assistant in 2018 under Eric Raeburn during the program’s last year in the MEAC.