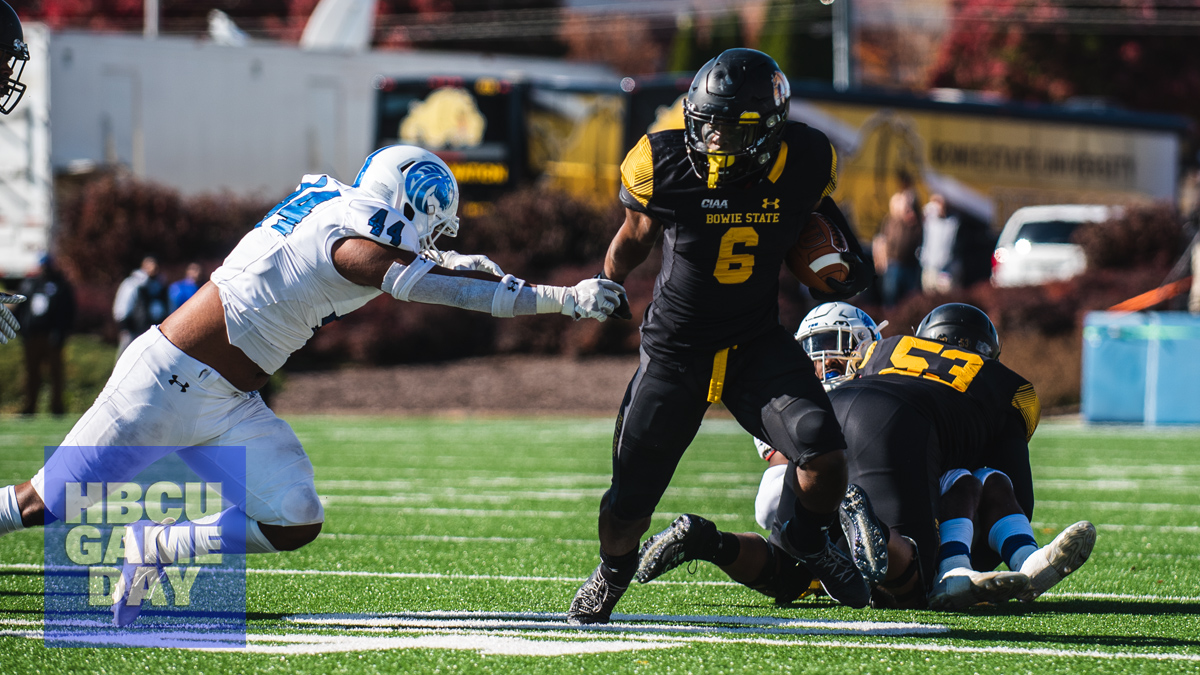 Bowie State running back Calil Wilkins is up for the Harlon Hill Award, given to the top player at the NCAA Division II football level.

LITTLE ROCK, Ark. – Bowie State University senior running back Calil Wilkins was announced Wednesday morning as one of eight national finalists for the 2021 Harlon Hill Trophy presented annually by the Little Rock Touchdown Club to the Division II National Player of the Year.

Calil Wilkins becomes just the second Bulldog to reach the final eight finalists in program history led by former standout Amir Hall in both 2017 and 2018.

The 5-foot-8, 210-pound running back has rushed for a CIAA-leading 1,260 yards so far this season with nine rushing touchdowns. He has also caught 12 balls for 141 yards and a score. This fall, Wilkins has already picked up numerous accolades, including First Team All-Central Intercollegiate Athletic Association (CIAA), CIAA Most Valuable Player during the 2021 CIAA championship game and a plethora CIAA Weekly Honors and DC Touchdown Washington Metro Football Player of the Week honor roll nods. Most likely, Wilkins will be locked in for another All-Region accolade and the All-America Team.

The Temple Hills, Md., native helped the nationally ranked Bowie State Bulldogs to three straight CIAA Northern Division titles, three trips to conference championship game and three-consecutive CIAA championship titles to go along with NCAA first and second round victories and a trip to the NCAA DII Quarterfinals – for the first time in school history. The Bulldogs went a perfect 7-0 against CIAA opponents, extending its win-streak to 18-games total dating back to 2018. This season also marked the third straight year Bowie State has averaged 10 wins per season.

The winner of the 2021 Harlon Hill Trophy will be announced Friday, Dec. 17 and the winner will be honored at the Little Rock Touchdown Club awards banquet Jan. 13, 2022.

The Hill Trophy is named for the late Harlon Hill, a former University of North Alabama standout who went on to fame in the National Football League with the Chicago Bears in the 1950s.