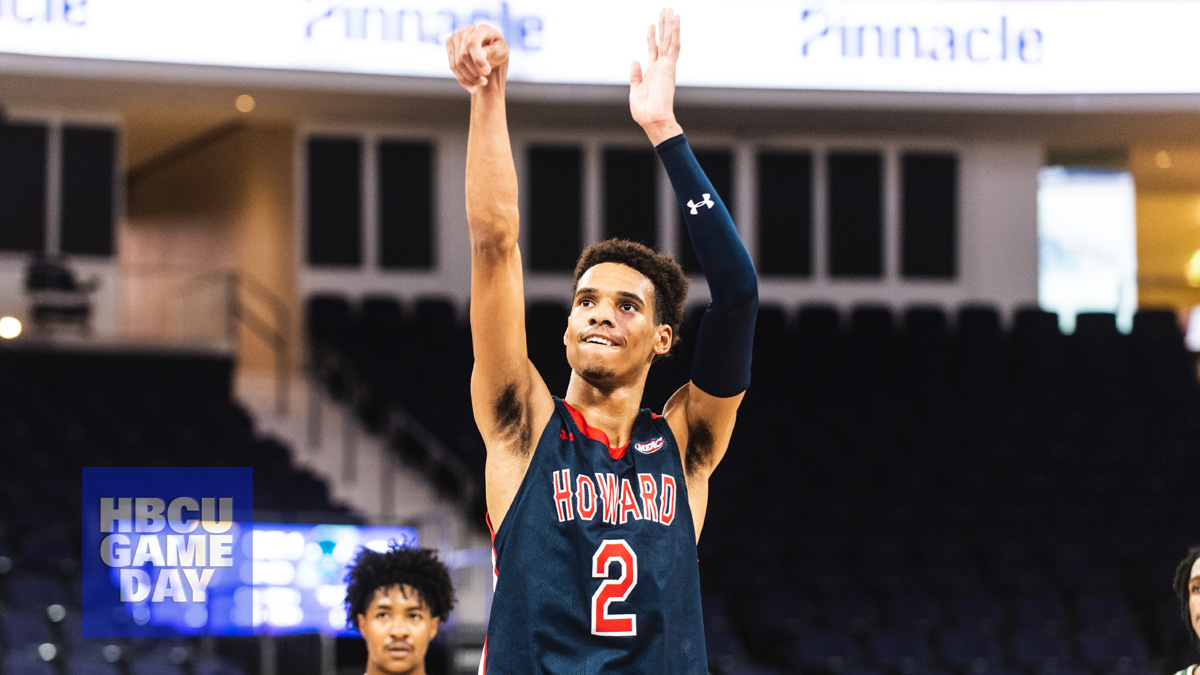 Howard improves to 4-2 after win over William & Mary

Howard University men’s basketball ended a two-game skid with a victory over William & Mary of the CAA.

With the win, HU snapped its brief two-game skid while improving to 4-2 on the young season.

Five Bison reach double figures, led by redshirt sophomore Steve Settle, III (Glenarden, Md.) with 19 points on 8-of-12 shooting from the field. The DMV native also racked up seven boards, three steals and a pair of blocks in the win.

Both squads shot over 50-percent in the first half while trading baskets.

With less than two minutes left before intermission, both teams were deadlocked at 42 until graduate Sam Green (Bowie, Md.) made a layup off an assist by freshman Elijah Hawkins (Washington), 44-42.

Moments later, W&M’s Brandon Carroll connected on a long ball and gave the Tribe a one-point advantage at the break, 45-44.

The back-and-forth affair continued after intermission with neither squad able to pull away.

Graduate Tai Bibbs (Chicago) made a layup and tied the contest at 74 with more than four minutes remaining in regulation.

From that point, the Bison clamed down defensively and held William & Mary to only two points in the final four minutes.

With less than a minute left, Settle and senior Deven Richmond (Bowie, Md.) made clutch free throws down the stretch to secure the squad’s fourth win of the season.

Off the bench, Green and graduate Kyle Foster (Hampton, Va.) netted 11 points apiece in the victory.

Howard improves to 4-2 after win over William & Mary