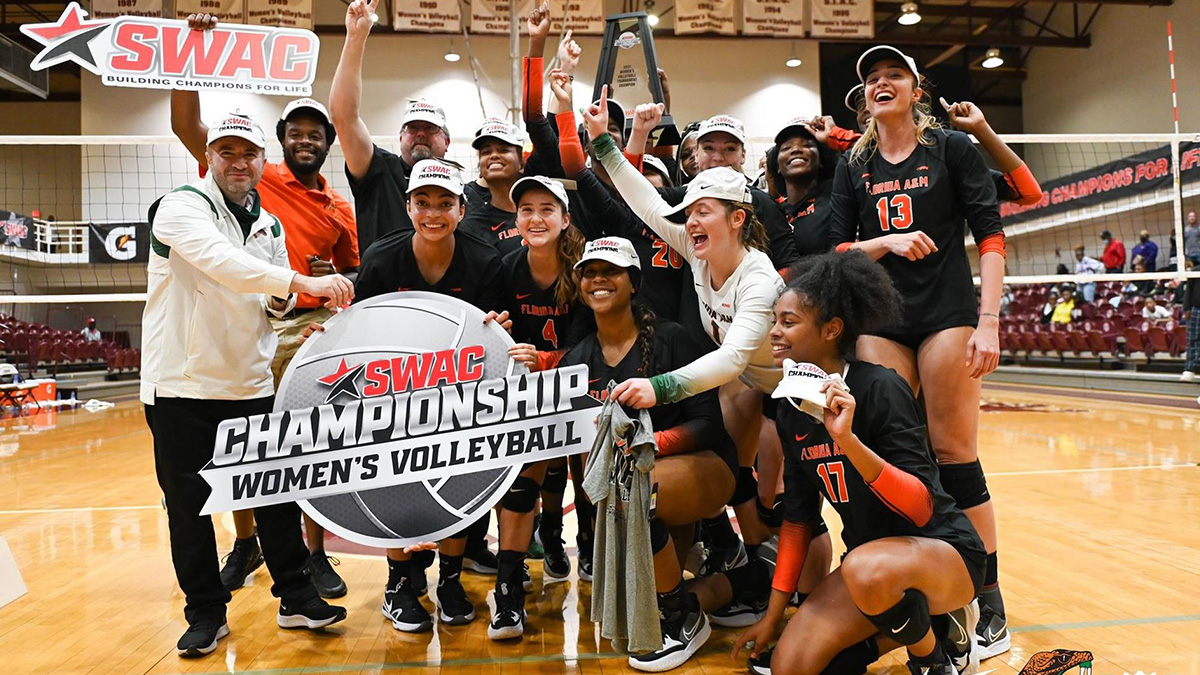 Florida A&M brings home the SWAC volleyball title in just its first season in the league, knocking off Jackson State.

FAMU will return to the highest of the seven hills with hardware and an automatic qualification to the NCAA Tournament, its first appearance since 2009.

Florida A&M saw its 17-9 lead dwindle to three at 18-15, but the added pressure proved to be a non-factor. Back-to-back kills by Jasmine Robinson thwarted the Tigers’ run, and FAMU had three chances at set point before a service error cemented the 25-20 score. The Rattlers maintained their momentum through the second set, remaining in front until a kill by Alexis Williams earned the No. 1 seed its first lead at 23-22. Four ties ensued, and FAMU eyed set point at 24-23, 25-24, and 26-25, yet the Tigers recorded the 28-26 decision.

FAMU led, trailed, and led again with the help of six unanswered points, and the 2021 SWAC Setter of the Year was instrumental in the stretch. Irem Ucar assisted Dominique Washington in back-to-back kills before recording one of her own, and later regained the Rattlers’ edge on an assisted block. They led 16-13 at the end of the run, but JSU responded on a 9-2 rally.

Jackson State claimed the third set, 25-23, and the same score favored FAMU in the fourth. It all came down to the fifth and final set, where the 2021 champions led the entire way.

FAMU will learn of its postseason opponent during the NCAA Division I selection show, which airs Sunday, Nov. 28, at 8:30 p.m. on ESPNU.