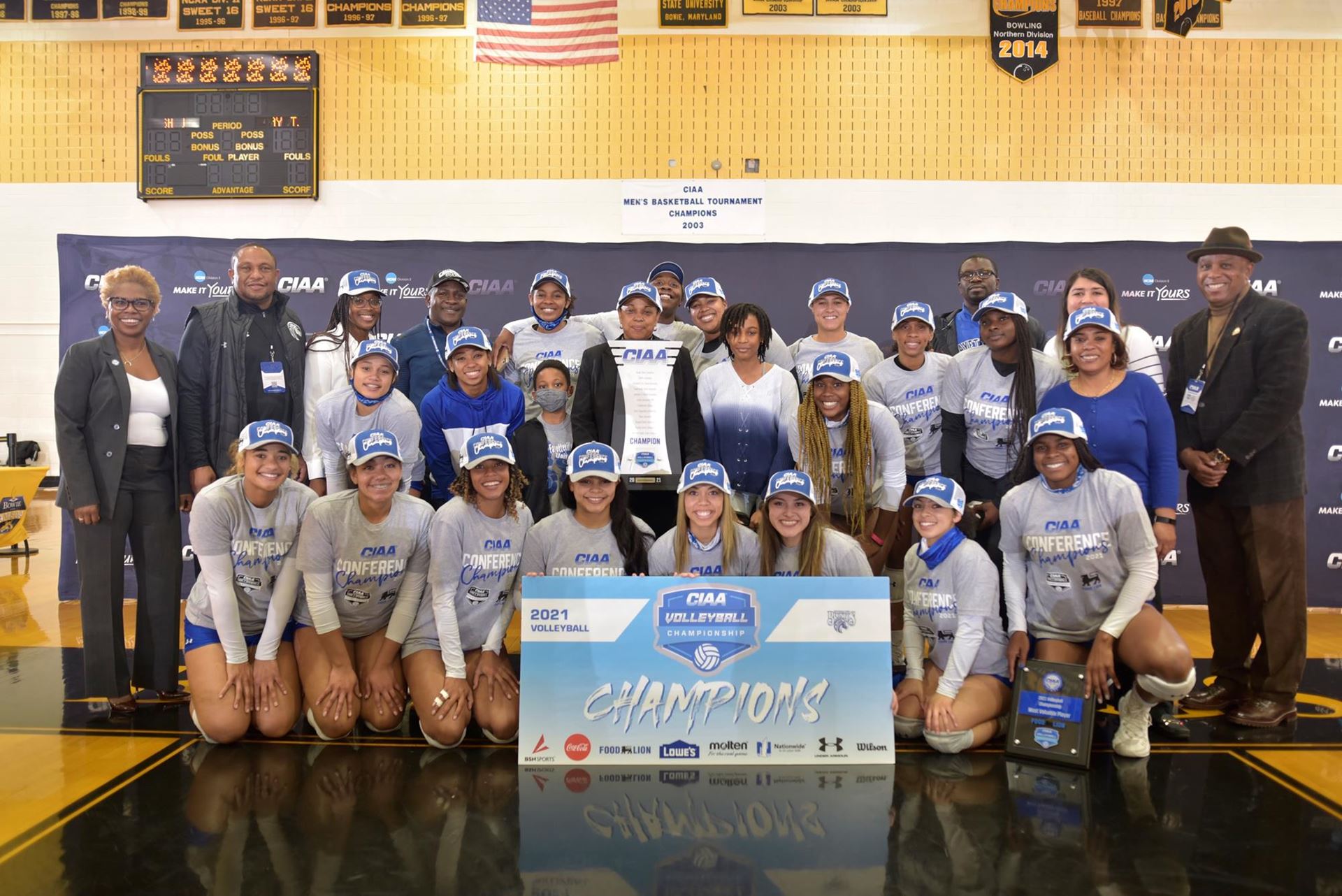 The Broncos (23-6), who won their second straight CIAA title, were led in the championship match by Kalee Vanderhorst with a team-high nine kills along with Casandra Watson six kills and 13 digs and Da’Nesha Miller with six kills, 15 assists, and seven digs. Watson and Miller were named to the All-Tournament team for their efforts.

Shaw got a double-double from CIAA Setter of the Year Breelyn Clark match-high 28 assists and 10 digs along with a match-high 12 kills from Noelani Beard and seven kills from Kamille Patrick. Clark and Patrick were also named to the All-Tournament team

The Lady Bears, who made their sixth-consecutive appearance in the CIAA championship match, finish the season with an 18-6 record.

Miller once again displayed an all-around game throughout the tournament for the Broncos with 31 kills, 40 assists, 21 digs, and nine total blocks in three matches, averaging a double-double in kills and assists. The senior from Hilton Head Island, SC was named the Food Lion Tournament Most Valuable Player for the second straight time, as voted on by the tournament committee and head coaches.

Fayetteville State receives an automatic bid to the NCAA Division II Atlantic Region Tournament, which will start December 2 at a location yet to be determined. The Broncos will learn their opponent and seed when the 64-team field is announced during the NCAA Division II Selection Show, which is set to air Monday, Nov. 22 at 7:30 p.m. ET.