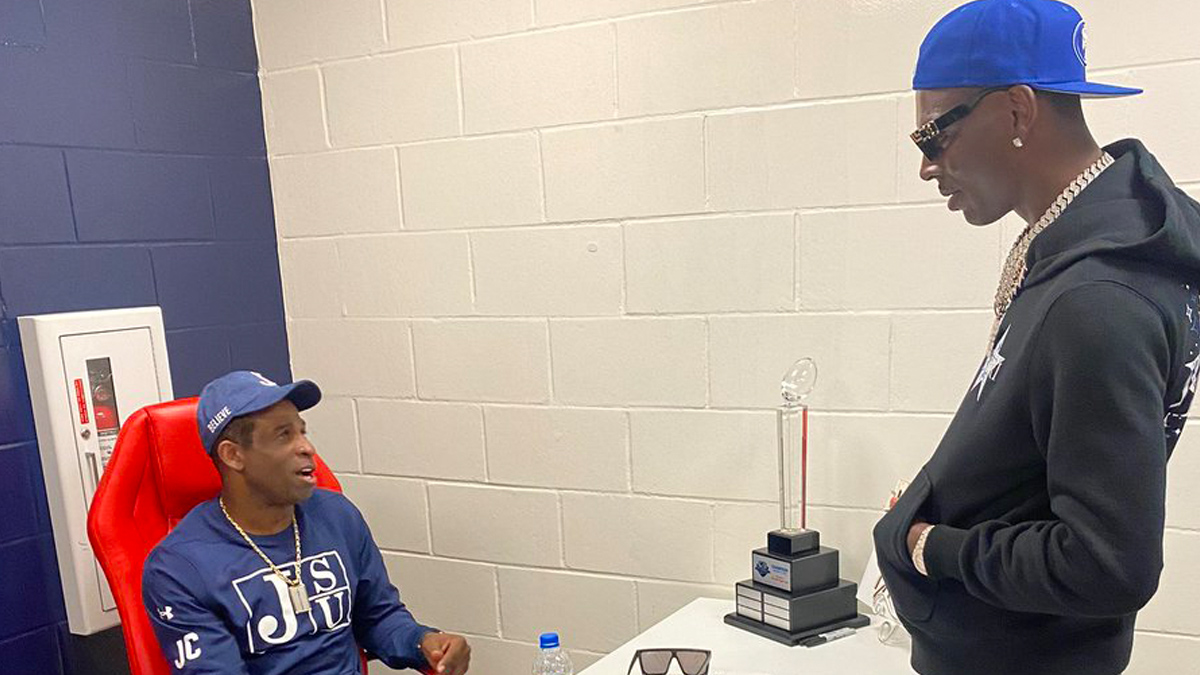 A month ago, Young Dolph shared in a celebration with Deion Sanders and his players. Now he’s gone.

Rapper Young Dolph is one of several celebrities who have been a part of the Jackson State entourage since Deion Sanders became head coach.

Regrettably, the popular artist has met a tragic end. Reports are circulating that Young Dolph was shot and killed on Wednesday afternoon in Memphis. Fox13 Memphis said police have confirmed that he was the victim and has succumbed to his injuries.

Maurice Hill, the owner of the shop where the shooting happened, Makeda’s Butter Cookies, told FOX13 his employees said Young Dolph, 36, walked into the store to buy cookies. Someone then drove up and then shot and killed him around 1 p.m. on Wednesday at the bakery in South Memphis.

Dolph’s death comes just over a month after he showed up for JSU’s homecoming game, a game that drew better than 52k fans. After the team’s homecoming victory he showed up in the locker room and shared a moment with the players, including freshman quarterback Shedeur Sanders.

Shortly after news of Dolph’s shooting hit social media, Deion Sanders took to Twitter to offer support as the world waited to see if Dolph’s death was confirmed.

“I hope to God these rumors ain’t true about my friend, my brother and a man dear to my Sons @YoungDolph,” Sanders wrote on Twitter. “Lord help us as a people stop the hate, the violence and the hopelessness. When we realize we matter others will as well. Lord help us right now.” #CoachPrime

Dolph alluded to Deion Sanders in his song “To Be Honest.”

Our thoughts and prayers are with the family and friends of the slain rapper.