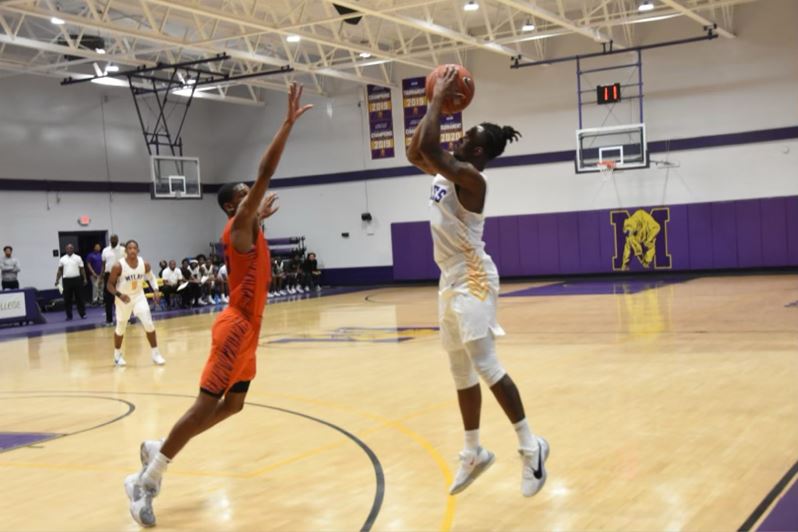 Edward Waters got a big-time “Welcome To The SIAC” moment on Wednesday when it went up against conference favorite Miles College.

It’s not often that one player will take multiple shots in a basketball game without missing once. But both Joel Logan and Anthony Fairley did not miss as Miles shot over 60 percent from the field, blowing out Edward Waters 95-50 on Wednesday night at Knox-Windham Gymnasium.

But Miles (1-0) was making shots from everywhere. The Golden Bears connected on a school-record 15 3-pointers, nine coming in the first half, as they rolled to a 50-25 halftime lead. Roger Davis was red-hot over the opening 20 minutes, scoring all 15 of his points on 6-of-9 shooting with three 3-pointers. Edward Waters (3-2) got off to a solid start but shot just 29 percent from the field in the first half to find itself in a big hole.

The Golden Bears shot 51 percent from the floor in the first half but were even more spectacular in the second half. Logan knocked down a triple to open play and Yasim Hooker (eight points) slammed one home on a breakaway that forced the Tigers to call timeout just one minute into the final stanza. Logan and Josh Hill (four points) would hit back-to-back 3-pointers and Chase Ballard (nine points) Miles made five of its first six shots in the second half to open a 64-31 advantage with 14:54 remaining.

While the outside shot was falling for Miles, the work around the basket was stellar as well. The Golden Bears had several dunks in the game, none more impressive than a one-handed facial Hooker served up with 8:45 left that gave Miles a 77-36 lead. Overall, the team shot 75 percent in the second half (18-of-24 from the field, 6-of-8 on 3-pointers, and 3-of-4 from the free throw line) and led by as many as 46 points in coasting to victory.

Khalil Brown had 18 points and Elias Harden added 14 to lead Edward Waters. Brandon Miller had 12 points and eight assists and Mykayle Carter added nine points on 3-of-3 3-pointers for Miles, which hosts Southeastern Baptist College on Saturday. Tip-off is scheduled for 5 p.m.