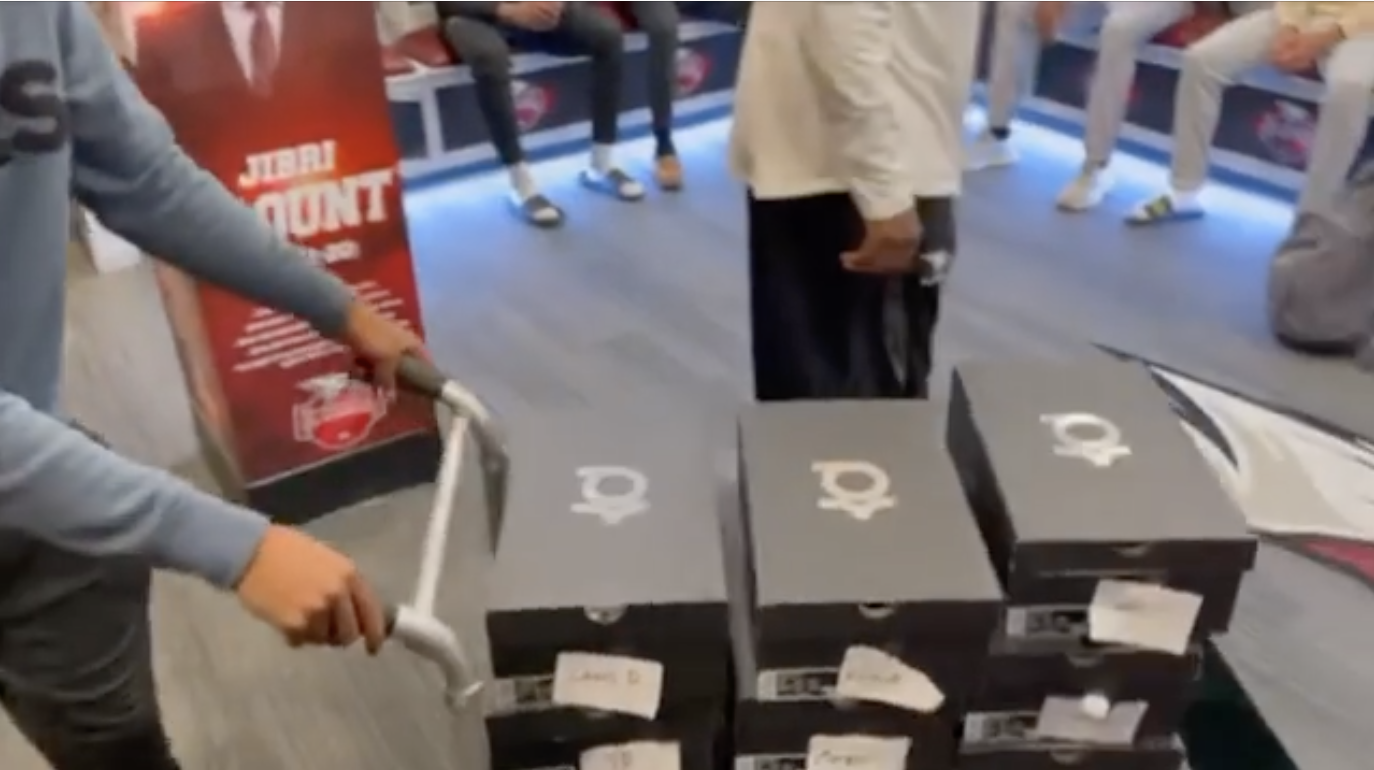 Kevin Durant and Kyrie Irving of the Brooklyn Nets, along with Harrison Barnes, teamed up to bless this squad.

Kevin Durant is known for his scoring touch, but the basketball legend just gave a big assist to North Carolina Central basketball.

The Brooklyn Nets forward and former MVP was one of several NBA stars who provided sneakers for NC Central prior to the start of its season on Tuesday. Nets guard Kyrie Irving and Sacramento Kings guard Harrison Barnes also provided some gear for the MEAC squad.

NC Central head coach LeVelle Moton thanked all three men for their contributions before revealing the sneakers to his team.

“It’s been a long fall for our guys. We’re going to do some unveiling and give them like 10, 11 pairs of shoes, so it’s going to be like a special surprise.”

Indeed, when Moton instructed the team to look in their lockers, there was about as much excitement as you can get out of 18-to-22 year old young men. It was like Christmas Day.

The video concluded with the NC Central players thanking Durant for the sneakers.

Moton’s son, VJ, got a gift from Kevin Durant as well.

NCCU opened its season with a 70-60 loss to Richmond on Tuesday night. It will look to have better look in its brand new sneakers on Saturday when it takes on Penny Hardaway’s Memphis squad.