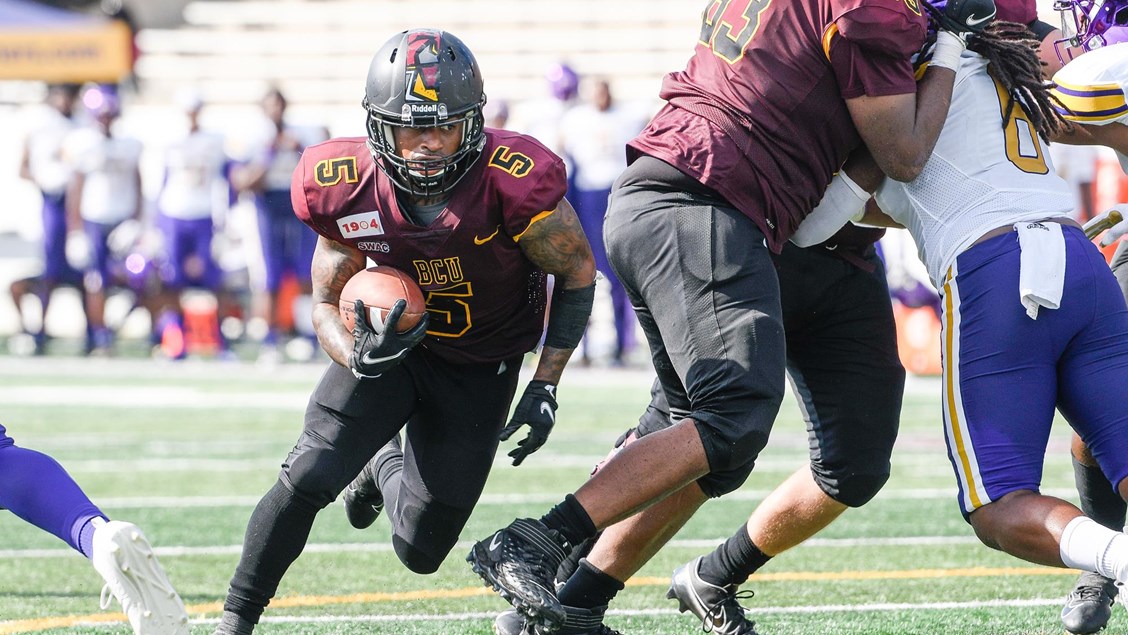 Laderrien Wilson scored the go ahead touchdown with 12:27 remaining in the game and the Wildcat defense held serve the rest of the way. The touchdown and extra point put Bethune-Cookman up by the final margin of 35-31.

Felix Harper threw an interception two plays later being picked off by Omari Hill-Robinson. BCU only used up 2:47 of clock on the next drive before punting back to Alcorn State.

The Braves managed seven plays but were not able to sustain a scoring drive. Bethune-Cookman took the air out of the ball and ran out the final 5:17 of the clock for the victory.

Alcorn State led all of the major categories except the final score. The Braves doubled BCU in first downs, 27 compared to 13, and dominated time of possession. Alcorn State held the ball for 11 more minutes.

The loss makes the path to the SWAC Championship game a little harder. Many expected the Braves to continue their run to a title despite moving divisions this year within the SWAC. But Alcorn hasn’t quite returned to the sharp level of play that it exhibited prior to opting out of the spring season earlier this year.

ASU entered the day trailing Prairie View A&M by a game in the Western Division. Prior to the outcome of Prairie View’s game against Alabama State, today’s game put two in the loss column for Alcorn State. Should Prairie View win they would move to 6-0 in the conference with two games left on the schedule. The two do play head to head next weekend, which could reframe the western division race, depending on the outcome of Saturday’s game between Prairie View and Alabama State.

147
The Latest in HBCU Sports and Culture