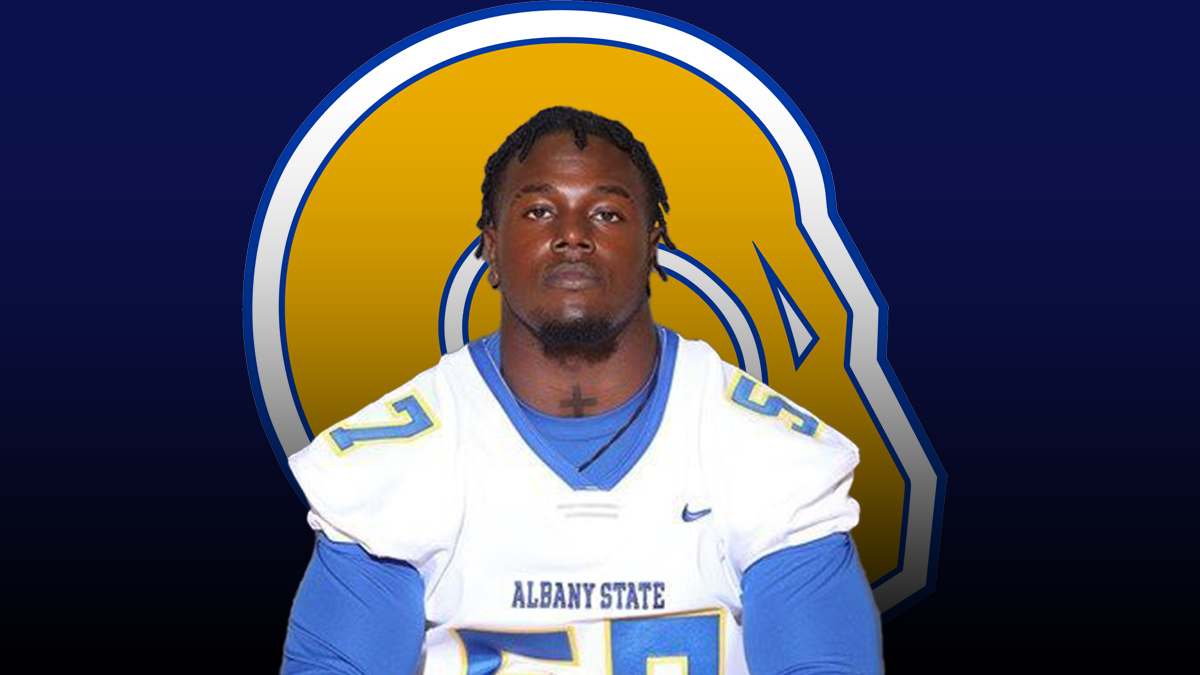 The Albany State football program has been doing plenty of winning lately, but on Monday afternoon it suffered a terrible loss of onne of itss owwn.

Adonis Butler, a sophomore linebacker on the ASU football team, was killed by a city bus on Monday afternoon. The Hampton, GA resident was reportedly on his way to practice when he was hit on the east campus of Albany State University near the student center around 2:17 P.M.

“When we all found out, it just tore everybody on the team down,” Albany State student-athlete Jhaydon Sullivan told WALB. “Just keep him and his family in your prayers.”

Earlier this afternoon, ASU campus police received reports of an accident on campus. An ASU student, Mr. Adonis Butler was pronounced deceased at the scene.

Until further notice, the Dennis Drive campus entrance (adjacent to the C.W. Grant Student Union on the East Campus) will be closed. The ASU Police, Albany Police, and Georgia State Patrol are conducting an investigation.

Our thoughts are with Mr. Butler’s family and friends as they deal with this tragic loss. Counseling is available through the Office of Counseling and Accessibility Services at 229- 500-2013 or in the Billy C. Black Building, room 170.

Our thoughts and prayers are with Mr. Butler’s family and the ASU football program as they process this loss.