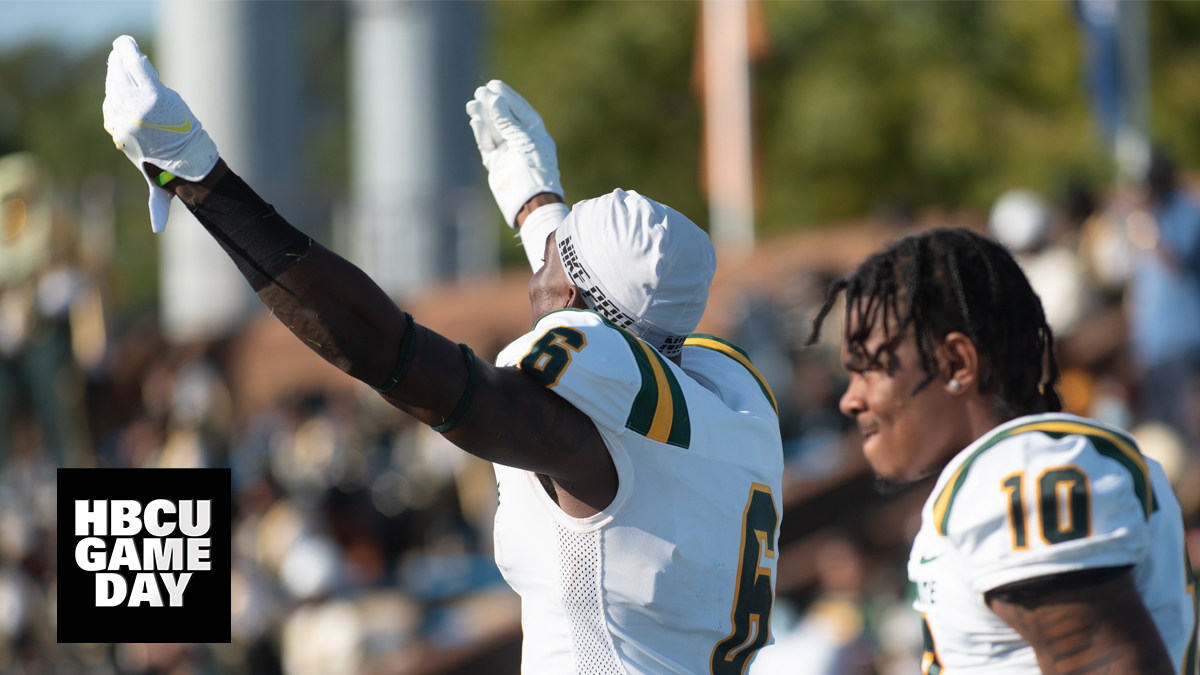 Norfolk State has now won six games in a row, a mark it hasn’t hit since it won the 1984 CIAA Championship

Running back J.J. Davis accounted for 235 all-purpose yards and two touchdowns as the Spartans (6-2, 2-0 MEAC) locked up the program’s first winning season since 2011. Davis was one of three players to catch a touchdown pass from Carter.

Morgan State (0-8, 0-4) scored the game’s first points on a 2-yard Jabriel Johnson 2-yard run with 6:32 remaining in the first quarter. The 80-yard scoring drive was keyed by a 68-yard halfback pass from Alfonzo Graham to Kobe Evans.

The Bears kept NSU off the board in the first, but the Spartans broke out for 17 points in the second quarter. Davis took a swing pass from Carter and raced 86 yards for the tying touchdown with 10:49 left in the half. After forcing a Bear punt, which was downed at the NSU 1, the Spartans then drove 99 yards in 11 plays for their next score. Carter found freshman tight end Ademola Faleye across the middle for a 15-yard TD pass, the first scoring reception of Faleye’s career, with just 3:38 left before the half to put NSU into the lead, 14-7.

That was one of a combined three scores in the final four minutes of the half. Neil Boudreau marched MSU 70 yards in nine plays before throwing a 7-yard TD pass to Thomas Marcus with just 48 seconds left before the intermission. Remy Feltes blocked the PAT to keep NSU in front by one.

Carter and the Spartans then responded with an effective “two-minute” offensive possession, a 66-yard drive in nine plays capped by Josh Nardone’s 21-yard field goal on the final play of the half.

The Bears took their last lead of the day early in the third. MSU received the opening kickoff and drove 71 yards in nine plays, finding the end zone on Graham’s 34-yard TD run to take a 20-17 lead.

But it was all Spartans from there. David scored on a 3-yard run with 2:28 left in the third quarter to give NSU a 24-20 edge. An interception by Christian Ruffin midway through the fourth quarter set NSU up at the Bears’ 30, and five plays later, Carter found tight end Anthony Williams on a 3-yard TD pass with 5:00 left to put the Spartans up 31-20.

The Spartans added another takeaway in the closing minute as R.J. Coles notched his second interception of the season to seal the win and NSU’s longest winning streak since the 1984 CIAA championship team won eight straight.

Carter completed 26 of 40 passes with no interceptions. Da’Quan Felton set a new career high with 104 receiving yards on six catches, tied for the most in his rookie season. It was his first career 100-yard game. Tremayne Talbert also set new career highs with six catches for 68 yards. They were two of 10 Spartans to catch passes.

The Spartans look to continue their winning ways next Saturday in a 2 p.m. game at North Carolina Central, the first of two straight road games for NSU.