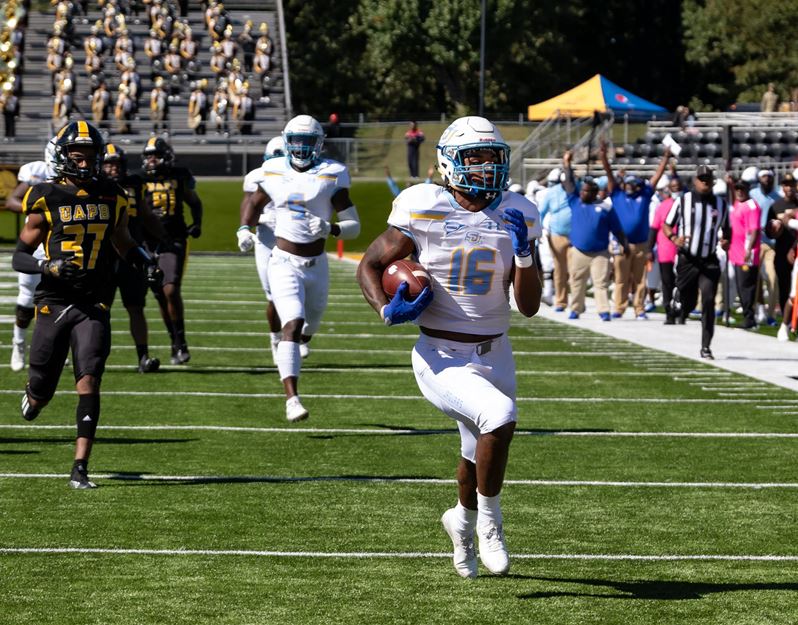 Southern University got back on the winning track on Saturday. Freshman Kobe Dillion had a record-setting day on the ground in the win.

Southern University running back Kobe Dillion had an absolute field day against the Arkansas-Pine Bluff defense on Saturday.

The freshman set the bar high for the rest of his career as SU pounded UAPB 34-7 on Saturday to spoil its homecoming.

Dillion rushed for 268 yards on 14 carries, including three touchdown runs. His yardage total was a program record. Southern racked up 304 of its 373 yards via the rushing game. It averaged eight yards per rush.

UAPB struggled to get anywhere offensively, gaining just 207 yards on the day. It finished with just 62 yards on the ground, an average of two yards per rush.

Southern improved its record to 3-3 overall, bouncing back from a loss to Texas Southern. It will spend its next four games at home at A.W. Mumford Stadium, starting with Prairie View A&M next week.