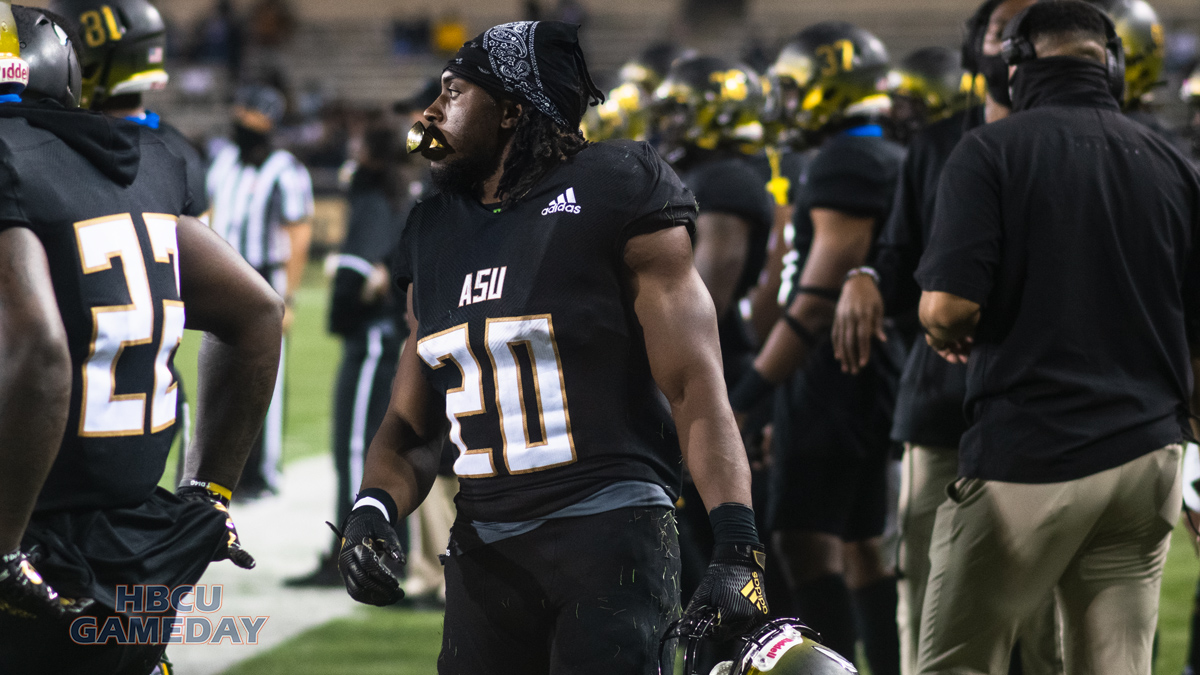 Alabama State got all it could handle from two-time defending SIAC Champion Miles College on Saturday night in the Labor Day Classic..

MONTGOMERY, Ala. | Moments after missing a 54-yard field goal to win the game up in regulation, Alabama State kicker Cosmin Diaconu (Prattville, Ala.) lined up 34 yards closer and knocked home the game-winning extra point in overtime to lead the Hornets to a 14-13 victory over Miles in the Labor Day Classic.

Diaconu got the opportunity following a Miles (0-1) touchdown to begin the overtime period, before Christian Clark (Cleveland, Ohio) blocked the extra point to keep the game at 13-6. The Hornets took over and started the series with a quarterback draw from Myles Crawley (Tucker, Ga.), before Ryan Nettles (Evergreen, Ala.) hit Jeremiah Hixon (Monroeville, Ala.) for a nine-yard gain.

After a 10-run yard by Nettles down to the Miles’ one yard line, Jacory Merritt (Montgomery, Ala.) dove over the top to tie the game at 13-all and set the stage for Diaconu.

The two teams battled throughout the contest, with Alabama State (1-0) scoring on their first drive of the game, marching 70 yards in ten plays to take the lead, 7-0. The drive was highlighted by a 28-yard run by Ezra Gray (Lynn Haven, Fla.) before it culminated with a one-yard sneak by Nettles, using 5:20 off the clock.

Alabama State kept Miles in check for most of the game until an eight-play, 88-yard drive ended with a 16-yard touchdown pass in the corner of the end zone to Marcus Lodge to tie the game up with 3:44 remaining in the contest.

QUOTES FROM HEAD COACH DONALD HILL-ELEY
“Tonight was a tough, hard-fought game against an SIAC team that has won their conference the last three years. We made too many mistakes, as I told coach Ruffin, we were beat up and down the field when our best player ends up turning the ball over twice, it really puts you behind the chains. It seemed like every time we got into a positive situation, we ended up turning the ball over or went through a spur of mistakes, but that will get corrected next week.”

“I thought our defense played well, had a real tough and stout battle for about 70 plays, before letting Miles go 97 yards. But we always tell the guys bend but don’t break, when you play a good team and make some mistakes you should feel good getting out of the game with a win. But I take my hat off to Miles, they definitely did a job of minimizing our opportunities in the first half, only running 22 plays.”

“I thought Jeremiah (Hixon) stepped up and did a great job, the offensive line struggled but we will make some corrections, which is always good to know what you need to correct going forward.”

UP NEXT
Alabama State hits the road to take on Auburn at Jordan-Hare Stadium on Saturday. The game is scheduled for an 11 am kick off on the SEC Network.