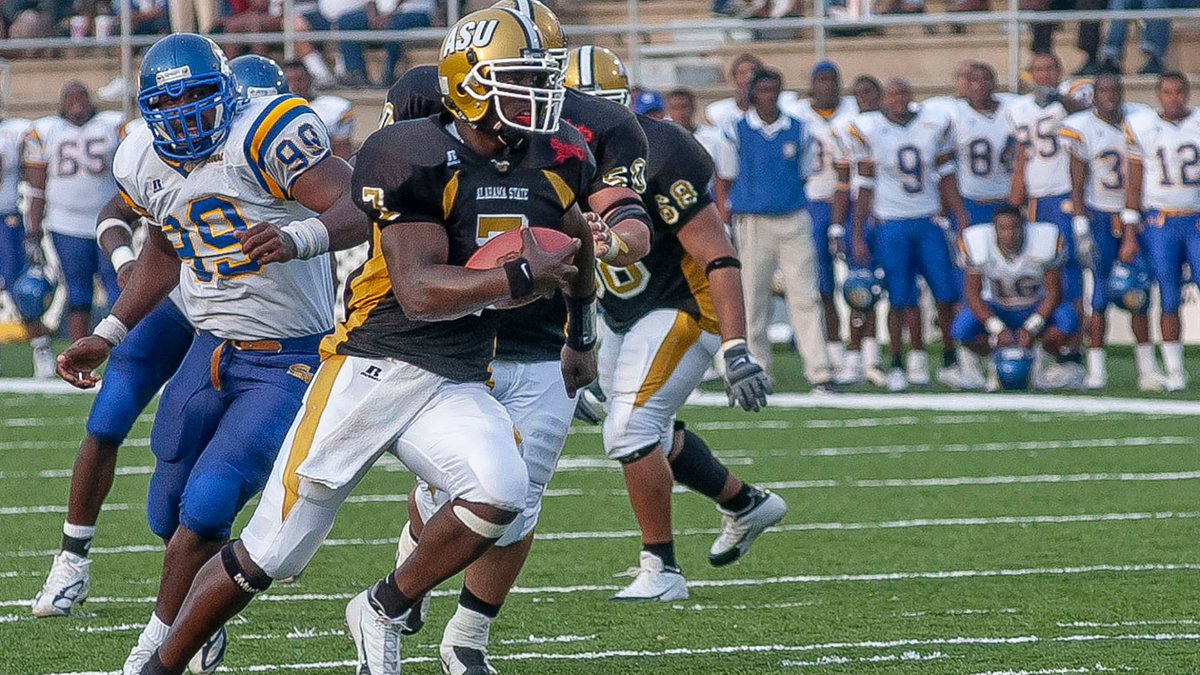 The late, great Alabama State quarterback Tarvaris Jackson is the first person inducted into the school’s ring of honor

MONTGOMERY, Ala. | Former Alabama State quarterback Tarvaris Jackson became the first inductee into the Alabama State Ring of Honor in a private ceremony with members of the institution and his family gathered in the stadium on Friday afternoon.

“Alabama State has a winning tradition and rich history in football, this is a great way to honor those that have given so much to the university,” Director of Intercollegiate Athletics Dr. Jason Cable. “Tarvaris Jackson is a deserving inductee in the Ring of Honor because of what he meant to Alabama State, and the city of Montgomery. He continued to give back to his community throughout his career. He was very passionate about giving back to the youth of Montgomery and preparing them for life through football.”

Jackson started his career at Arkansas before transferring to Alabama State in 2003. He was a standout college athlete, completing 516 passes in 955 attempts for 7,397 yards. He also threw for 64 touchdowns and rushed for 11 more.

While at Alabama State, Jackson was named team captain his senior season and was selected as an All-SWAC performer in 2005. He led Alabama State to the SWAC Championship game after winning the East Division in his time as a Hornet in 2004.

Jackson was drafted in the second round by the Minnesota Vikings in 2006, and played for the Vikings, Seattle Seahawks, and Buffalo Bills. He played for the Seahawks when the team won Super Bowl 48, and accumulated 45 touchdowns while playing in the NFL.

He returned to his alma mater as an offensive quality control coach for Alabama State in 2018, before moving on to coach at Tennessee State. His life was tragically cut short in an automobile accident in April 2020.

The Ring of Honor will be located on the concourse level of Hornet Stadium on the first floor.

The Alabama State Ring of Honor was established in 2021 as part of the celebration of 120 years of Alabama State football to recognize the accomplishments of former Hornet players. The Department of Intercollegiate Athletics plans to recognize one individual every season for induction.

Honorees are selected, and approved, based off of athletic achievement at Alabama State and major contributions to the sport of football.