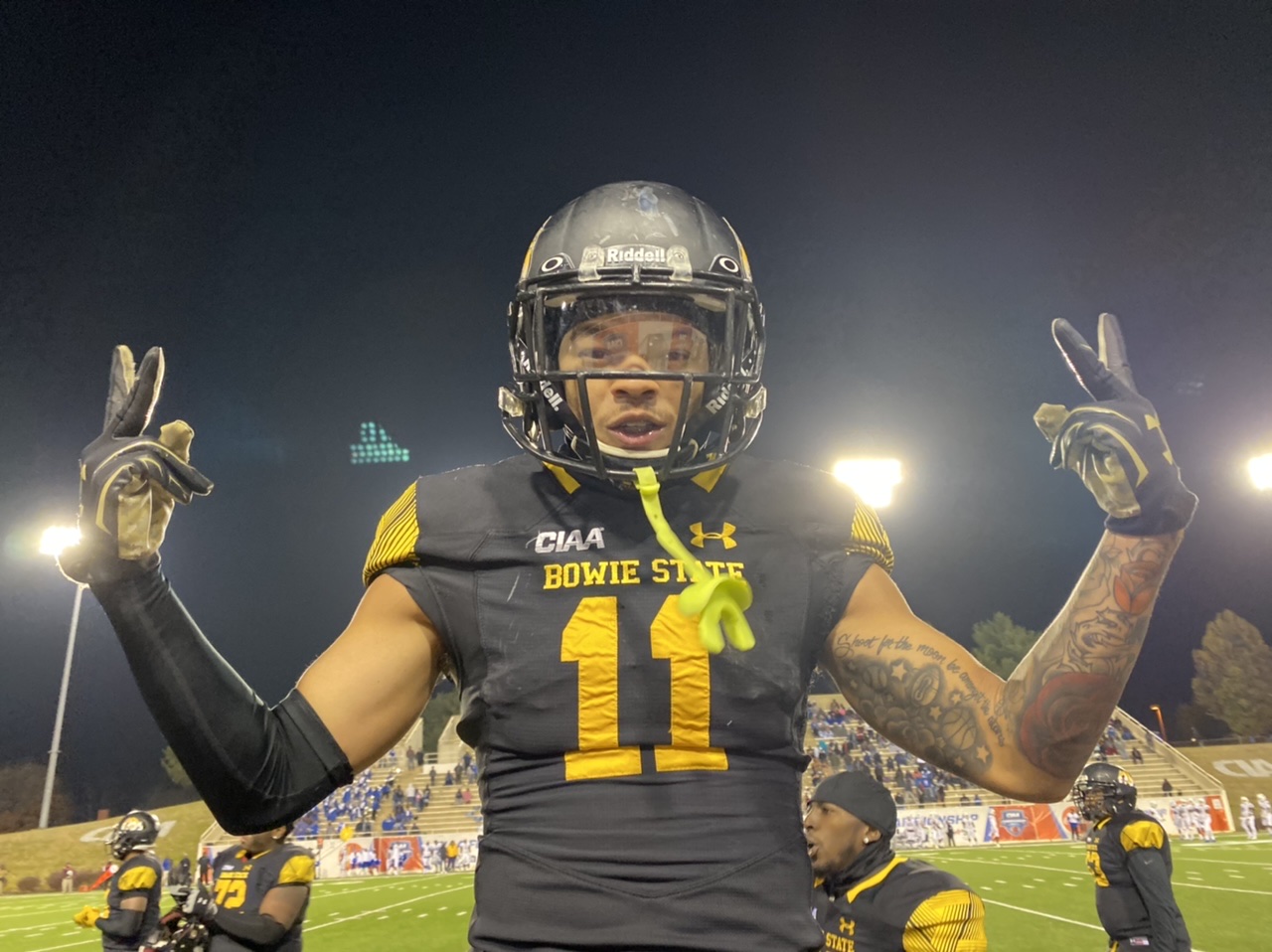 Bowie State continues its dream season with another CIAA title.

Quarterback Ja’rome Johnson was held to 90 yards passing but ran for 127 yards and a touchdown in the win. Defensive end Joshua Pryor was dominant with 10 tackles and three sacks to pick up MVP honors.

The game turned early on a 33-yard fumble recovery by Demetri Morsell, giving BSU a 7-0 lead just 46 seconds into the game. Adam Gillis scored five minutes later to give it a 14-0 lead that it carried into halftime.

Fayetteville State managed to cut into the lead with a four-yard score by Donshel Jetton to cut the lead to 14-7 with 2:02 left in the third.

The fourth quarter would belong to Bowie as Gene Carson’s 29-yard field goal gave it breathing room with just over six minutes to go and Johnson’s 29 yard run with 1:50 remaining to seal the deal.

Fayetteville State put up 318 yards of offense to BSU’s 330, but never managed to capitalize on its opportunities as it lost its third championship game in a row.

The win improves BSU’s record to 11-0 overall as it will make the NCAA Division II playoffs for the third straight year. It is currently ranked third in the D2 Super Region II rankings heading into Selection Sunday.