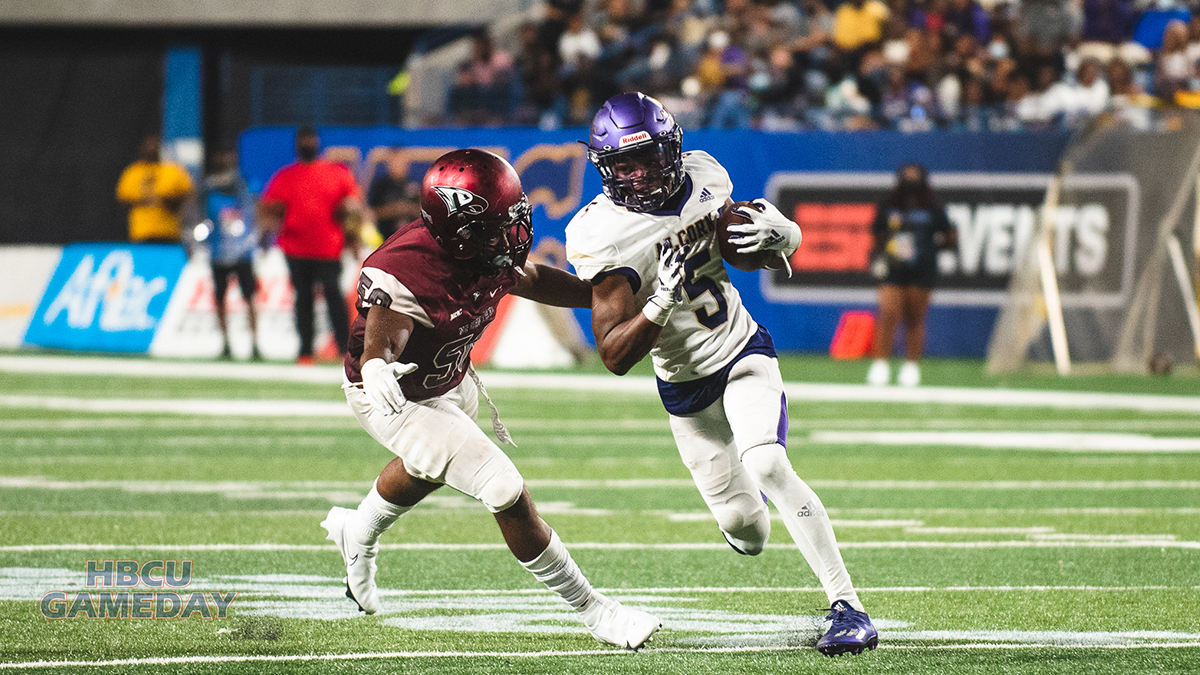 The 2021 MEAC/SWAC Challenge had an impressive viewing audience. There was also one gripe.

The 2021 MEAC/SWAC Challenge is in the books. And in many ways, it was one for the books.

The annual showcase game between the two FCS HBCU conferences registered its second-highest television audience ever, according to figures released by ShowBuzz Daily. An average of 1.002 million people were tuned into the game as underdog North Carolina Central knocked off Alcorn State 23-14.

Saturday’s game comes in just behind the 2010 MEAC/SWAC Challenge that featured Delaware State against Southern. That game was broadcast on ESPN at noon with no other football games going on and achieved an average audience of 1.016 million. It remains the highest-rated regular-season game in FCS history.

Viewership of the game was just a part of the exposure given to the two programs, respective conferences and HBCU football as a whole. Pregame coverage started on ABC’s Good Morning America Friday morning. GMA averaged 3.15 million viewers last week.

After GMA, ESPN’s First Take gave the game some coverage, naturally as it is an ESPN event. Saturday’s game was preceded by ESPN’s College Gameday which is a three-hour long show with several segments devoted to HBCUs as well as multiple performances by rap group Migos.

There was plenty to love about the level of coverage before and during the game from a multimedia level. One thing that many didn’t love was ESPN putting Tiffany Greene on the sidelines. An accomplished media professional, Greene made history a few years back when she became the first woman to do play-by-play for ESPN. However, this game saw her out of the booth and on the sidelines as Mark Jones did the play-by-play while broadcast rookie Robert Griffin III and Jay Walker served as color commentators.

The reasoning behind the decision is clear: Jones is a bigger known name. And unfortunately, that type of thing holds more weight when attempting to maximize a television audience, at least on the business end. But Greene is HBCU bred (she’s a Florida A&M alumna) and damn good at play-by-play. It’s a business move. I understand it. I don’t like it. But I don’t work at ESPN. But it needs to be said.

All in all, there were multi-millions who got a chance to see North Carolina Central, Alcorn State and HBCUs on television. While its likely that many of them already had some level of exposure, it’s undeniable that many more were exposed to something not familiar to them.