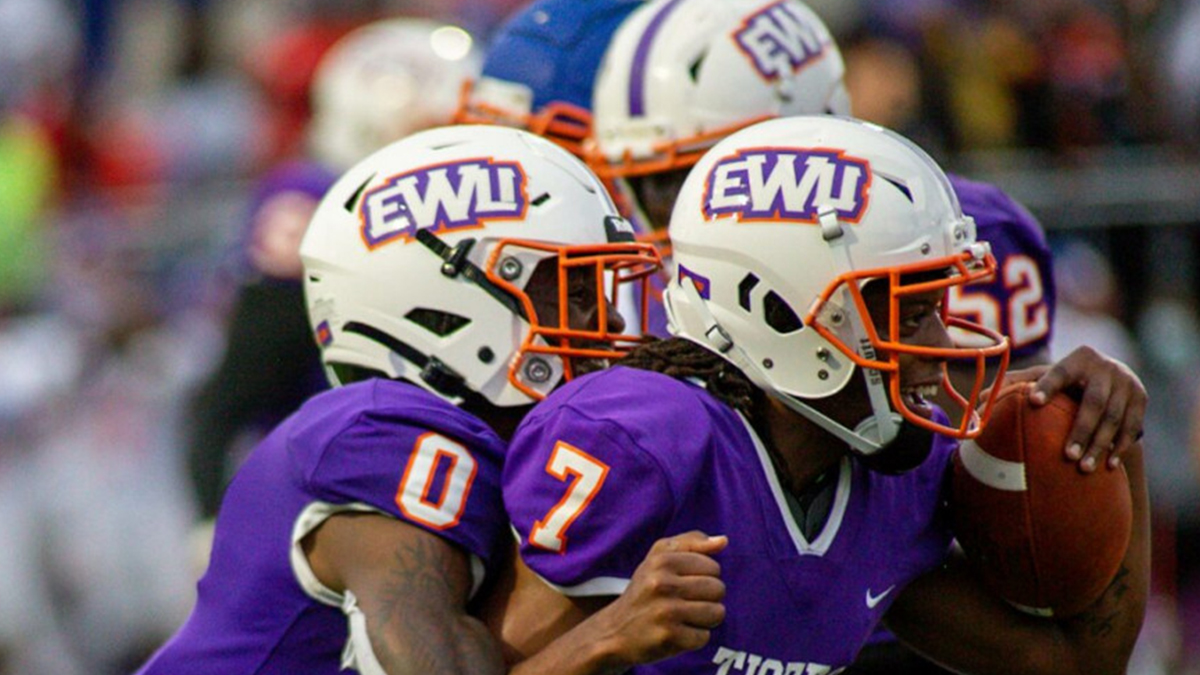 The contest itself proved to be an instant classic as Edward Waters sent the Purple & Orange faithful home happy with a dramatic 24-20 victory over the Lions, winning a season opener for the first time since 2012, when the Tigers defeated Point, 66-34.

Edward Waters (1-0) was its own worst enemy for a majority of the contest, namely with turnovers and penalties. The Tigers turned the ball over five times in the contest (three interceptions and two lost fumbles) and were penalized eight times for 98 yards.

The EWU defense and special teams carried the day for in the victory, forcing three turnovers and scoring a special teams touchdown on a blocked punt in the third quarter.

Florida Memorial (0-1) fired the opening salvo in the contest, scoring a touchdown on their opening drive. The extra point was intercepted by EWU, giving the visitors from Miami Gardens a 6-0 lead with 10:21 remaining.

Edward Waters turned the football over three out of their first four possessions in first half, including an interception just before halftime. EWC was able to avert a bigger deficit, forcing a missed field goal to go in the locker room down 6-0.

After a lengthy delay due to lightning, EWU unfortunately started the third quarter the same way they did in the second, turning the ball over. This time, FMU was able to make the Tigers pay for their mistake, scoring on a 64-yard interception return for a touchdown to extend their advantage to 13-0 with 11:17 remaining in the third quarter.

EWU was finally able to get on the board with 3:52 remaining in the third, thanks to the special teams unit. Freshman DB Vashaun Stockman blocked an FMU punt and was able to fall on the ball in the endzone, scoring the first touchdown in the NCAA Division II era of EWU football, bringing the Tigers within six at 13-7.

Edward Waters broght the score to within three, thanks to a 32-yard field goal from Angel Sevier to start the fourth quarter making it a 13-10 ballgame.

The Tigers were able to take their first lead of the contest at the 5:41 mark of the fourth with a 10-yard touchdown run from junior running back De’Shaun Hugee giving EWU a 17-10 lead.

On the ensuing possession, FMU came back with a vengeance, connecting on 39-yard TD reception to retake the lead at 20-17 with 2:44 remaining in the fourth quarter.

After a 40-yard kick return from junior wide receiver Ferante Cowart, Edward Waters went to work, starting their drive in Lions territory at the FMU 37. Freshman QB Cedquan Smith was able to punctuate a 6 play, 37 yard drive with the game winning touchdown from one yard out to give EWU a 24-20 lead with :16 remaining.

Edward Waters was able to shut the door on any comeback attempts from Florida Memorial as senior defensive back Drevontae Jackson intercepted a Lions hail mary attempt, giving the Tigers a memorable and historic victory.

FMU was able to outgain  EWU in total offense 329 to 325, including a 206-112 edge in passing yards. Edward Waters on the other hand leaned heavily on their rushing attack, outgaining the Lions 213-123.

Cedquan Smith finished his debut performance, going 7-of-9 passing for 90 yards and two interception, while also gaining 22 yards on six carries with a touchdown.

De’Shaun Hugee was the game’s leading rusher with 17 carries for 70 yards and a touchdown. Sophomore wide receiver Steavenson Fernand finished his afternoon with three catches for 49 yards to lead the way through the air for EWU.

Defensively, Ahmon Jefferson finished with 5.5 tackles, including 1.0 tackles for loss.

EWU will be on a bye week and will return to action on Thursday, September 9th in a nationally televised matchup against Benedict College. Kickoff is set for 7:30pm and will be aired on ESPNU,