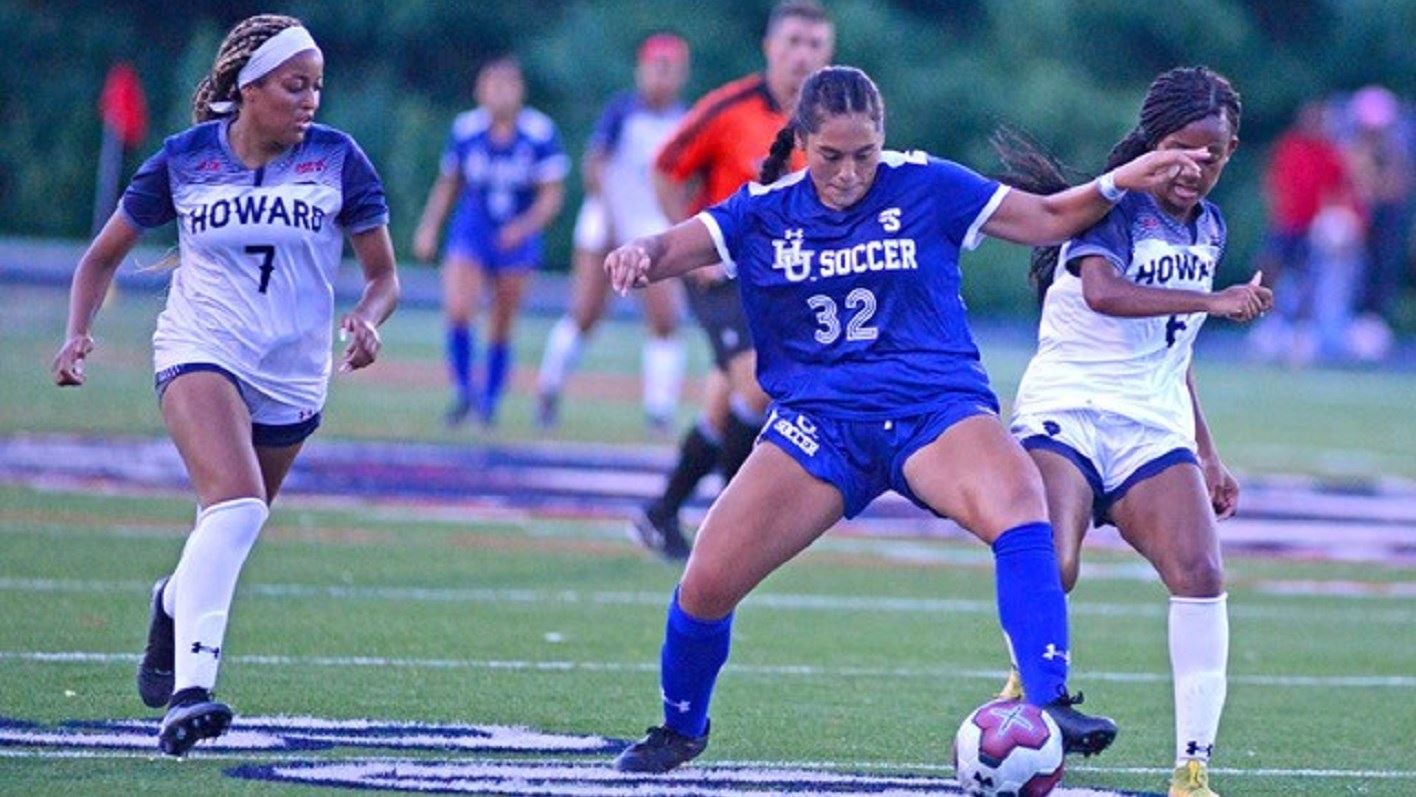 WASHINGTON (August 23, 2021) – Howard University women’s soccer team took down the Hampton Lady Pirates, 3-1, in front of a raucous crowd of more than 3,200 spectators, the largest home gathering in program history.

Monday’s contest was the first home match at Greene Stadium for the program since Sept. 15, 2019.

“The crowd was phenomenal,” said Howard women’s soccer head coach Brent Leiba after Monday’s victory. “It took us some time to get accustomed to the environment, but once we settled down, we adapted and really opened up the game for us. It was an exciting environment.”

Howard was on the attack throughout, staying in Hampton’s territory more than 75-percent of the match.

Despite the aggressive play, both clubs were scoreless after 45 minutes of action and the Lady Pirates outshot Howard, 4-6, before intermission.

Shortly after halftime, freshman forward Melea Earley (Whittier, Calif.) delivered the first goal of the night and put the Bison ahead at the 47-minute mark, 1-0.

Nearly five minutes later, sophomore midfielder Nyla Allen (Elmont, N.Y.) gave HU a commanding 2-0 advantage off an unassisted goal at the 51-minute mark.
Hampton responded and sliced the deficit in half after Zaria Ascue found Mikayla Martin for a goal at the 59-minute mark, 2-1.

With more than five minutes remaining, senior forward Kenya Saunders (Ontario, Canada) provided the knockout punch, thanks to an assist from Earley, and secured HU’s first victory of the season.

Offensively, Earley finished the night with a goal and assist in her collegiate debut.

“Melea was absolutely brilliant tonight,” said Leiba on his rookie forward. “She’s going to be a scoring threat and playmaker for us and we saw a good display of that night.”