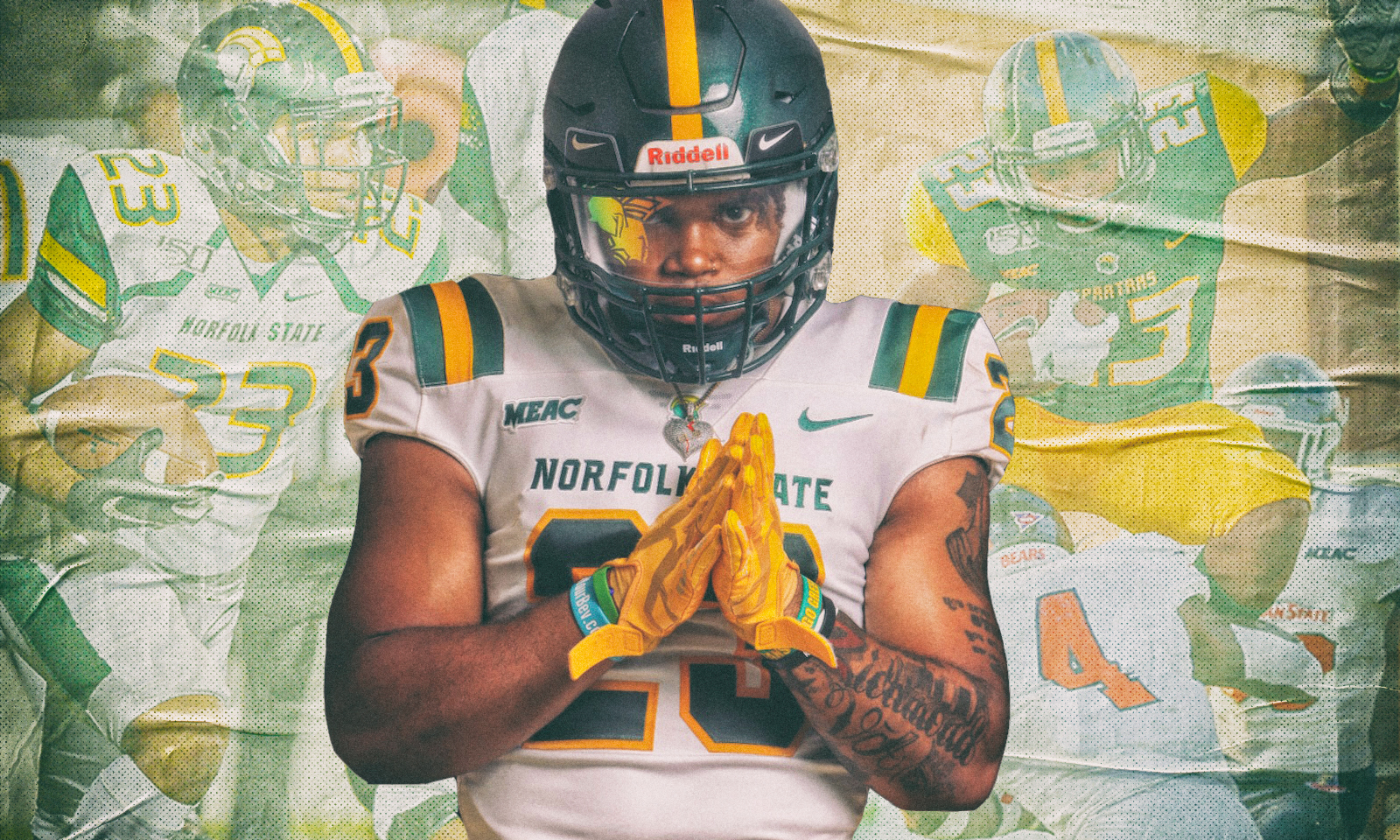 Norfolk State running back Rayquan Smith just picked up a big NIL deal. But he wants more for other HBCU athletes.

Norfolk State running back Rayquan Smith has been about that NIL action since it became a reality on July 1.

“When it came out, I just said — I’ve been doing it — so I might as well get paid for doing it now,” Smith told WAVY-TV last month.

Smith has been collecting deals over the past five weeks, and he recently picked up his most high-profile client yet — Eastbay. He is the first HBCU male athlete to become an endorser of the sneaker giant.

The sneaker giant is a household name, and has been for decades. The rising sophomore is a rising name, not only on the field, but also on social media. He currently has over 87k followers combined on Instagram and Tik Tok.

“It don’t matter how big the brand it is, how small the brand is — if it fits me, I’m going to stick with it. I’m gonna go with it, and hopefully, it will be a long-term deal and go a long way,” he said.

The sophomore from Highland Springs, VA is also an important part of a Spartans team that is expected to contend for the MEAC title. He rushed for 450 yards and one score on just 84 carries as a freshman back in 2019, averaging better than five yards per carry. His impact on the team also goes far beyond his on-the-field contributions.

“He brings the energy to the team. It’s never a sad day, never a gloomy day, with him,” NSU wide receiver Justin Smith told HBCU Gameday at MEAC Media Day. “The thing about him — he’s not a “me guy.” So he’s not doing all this just for him. He’s doing this to help us, and not just us — the South Carolina States, the Delaware States, every HBCU. He wants to put them up there so we’re not looked at last and the Alabamas, Clemsons are always looked at first.”

That’s exactly what Rayquan Smith has in mind — the bigger picture.

“My big, main goal, is to help every HBCU athlete get on some type of deal or sponsorship,” he said. “I feel like we’re not as big as a Power Five school, so I’m trying to make an example that we can get deals no matter what school you’re at.”