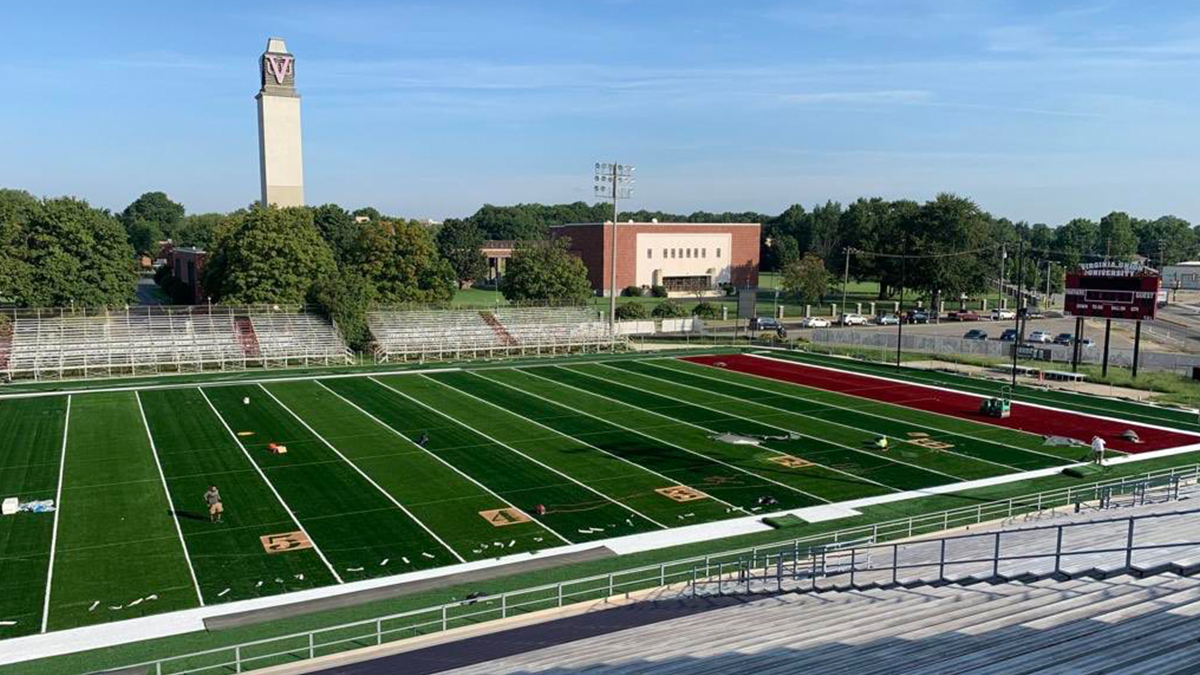 Virginia Union University is mourning the loss of Quandarius Wilburn, a 19-year-old who collapsed during conditioning drills and later died.

The Virginia Union fall football camp has experienced a tragedy just days after kicking off.

Nineteen-year-old Quandarius Wilburn died after collapsing during a conditioning session on August 8. He was taken from Hovey Field to the Virginia Union Commonwealth Medical Center and later pronounced dead.

The news was announced in a letter by VUU President and CEO Hakim J. Lucas. His letter stated that the team had breakfast, went to church and ate lunch before Sunday’s conditioning workout, per Vice President of Intercollegiate Athletics and Community Wellness Joe Taylor.

“This is a heartbreaking loss for our campus community,” VUU President and CEO Hakim J. Lucas wrote in the letter obtained by 8News. “I want to personally encourage each of you to keep Mr. Wilburn’s family in your prayers, as well as the VUU athletics department.”

Quandarius Wilburn was from Wadley, Georgia where he played for Jefferson County High School. He tweeted about his offer from VUU on Jan. 25 of this year. His pinned tweet from February spoke about how he was ready to get back to football.

“The Virginia Union University family is heartbroken about the passing of a freshman student and football player on Sunday, August 8, 2021,” VUU’s statement read. “Our primary concern is the well-being of the family and fellow students impacted by this tragedy. Virginia Union stands ready to provide support in any way necessary and available as families and students work to process this devastating loss.”

A cause of death has not been announced. Last week VUU reported a 100 percent vaccination rate amongst its football program.

Our thoughts and prayers are with Wilburn’s family, Virginia Union University, and the football program.