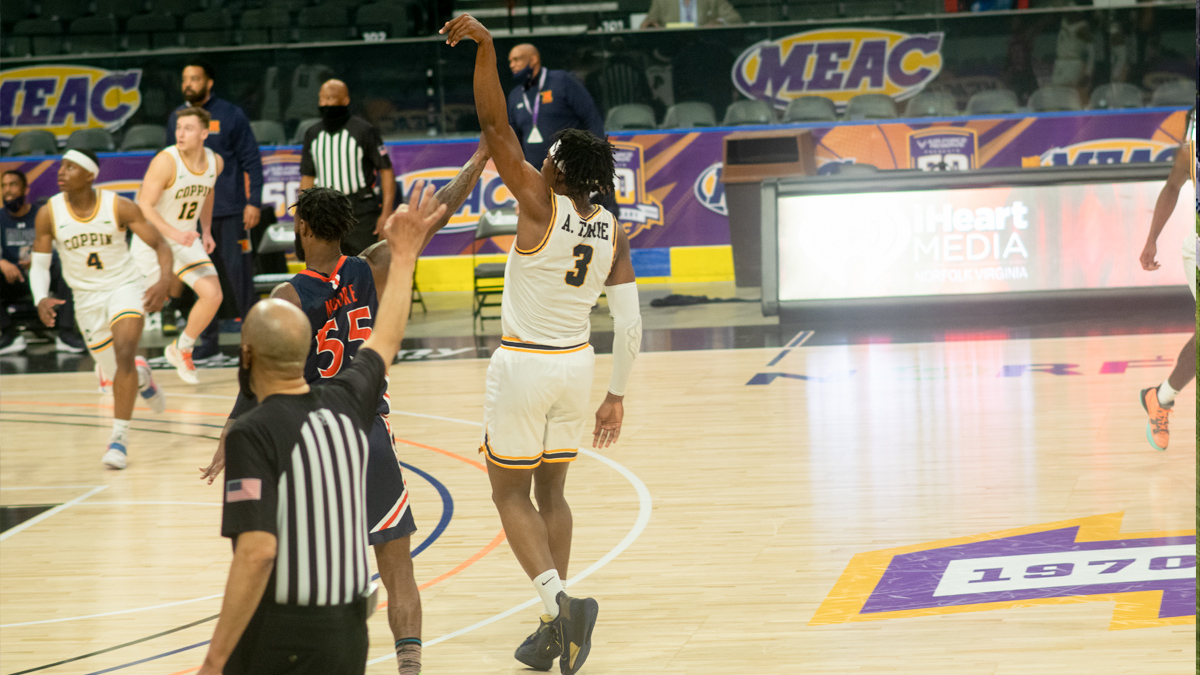 Do-it-all-swingman Anthony Tarke will try to use the skills that made him MEAC Player of The Year to stick with the Pistons.

Former Coppin State swingman Anthony Tarke didn’t hear his name called in the NBA Draft, but he will get a chance to make an NBA roster.

The newly minted MEAC Player of The Year signed to join the Detroit Pistons Summer League after going unselected in the NBA Draft. The news was first reported by All-Facts Media.

The 23-year-old spent just one season in West Baltimore, but it was a good one.

Tarke led the Eagles in virtually every statistical category and tops the MEAC in total points (355), rebounding (8.2), double-doubles (eight), defensive rebounds (6.7), blocks (1.9), steals (57), free throws made (87) and free throw attempts (155).  He was the only player in the nation to average at least 16 points, eight rebounds, three assists and two steals per game, Tarke also ranks third in the MEAC in points per game (16.4) and assists (78), and seventh in field goal percentage (47.3) and assist/turnover ratio (1.1).

Receiving eight MEAC Defensive Player of the Week Awards and a pair of Player of the Week selections this season, Tarke put the nation on notice when he opened the campaign at Duke with 22 points, nine rebounds, three assists, two blocks and five steals.  He nearly notched a triple-double in a victory over UNC Greensboro when he poured in a career-high 34 points, ten rebounds and eight assists while adding four blocks and four steals.  In a win over Delaware State on January 5, Tarke put up the Nation’s only 5-by-5 game when he recorded 13 points, 11 rebounds, eight assists, six steals and five blocks.

Now Anthony Tarke will attempt to use his versatility to impress the Pistons and earn a spot in the NBA or the G-League.