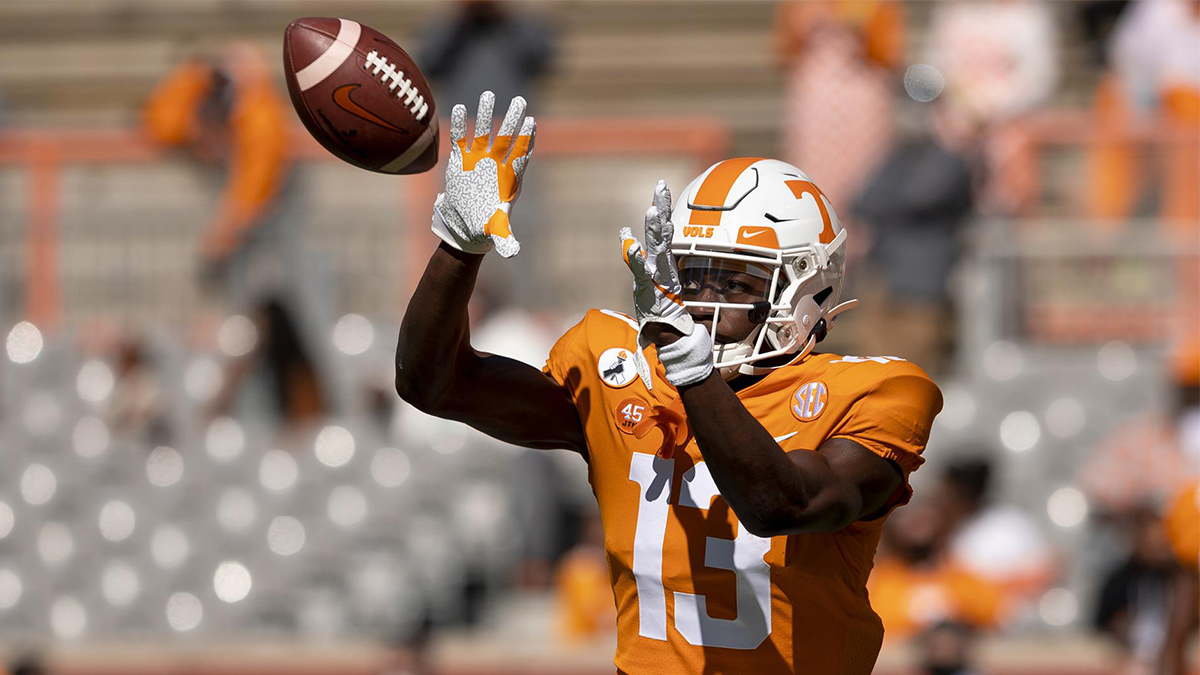 Just when you thought the transfer portal stop at Jackson State was closed for the year, the SWAC school has landed a former four-star.

Wideman played in six games for UT last fall, recording one catch for 24 yards against Missouri. He entered the transfer portal in late June.

The Venice, Florida native was a two-sport star in high school, playing basketball as well as football. He elevated his football stock as a senior by catching 65 passes for 1,064 yards and 13 touchdowns. He was rated by 247Sports as the 116th best player and the 22nd best wide receiver in the 2020 class.

Here’s some of what 247Sports’ John Garcia had to say about Wideman.

Known for freakish athleticism that allows for above the rim game on the hardwood and ideal red-zone and deep threat ability as wide receiver on gridiron. Effortless leaper with true ball skills and body control. Long strider with wide catch radius and plus ability after the catch. Can make plays in traffic with good quickness. Plays with good feel and awareness in the red zone.

Wideman initially committed to Florida State back in 2019 but re-opened his recruiting after Willie Taggert left the program.

Of course, there are several connections here. Head coach DEION SANDERs played his college ball at Florida State, and he’s good friends with Willie Taggart. Shedeur Sanders, already tagged as JSU’s starting quarterback, was initially committed to Taggart at Florida Atlantic before his father got the job in Jackson.

At 6’4, 200 pounds, he’s a big, athletic target that can help the freshman quarterback who has already ruffled feathers with his high expectations.