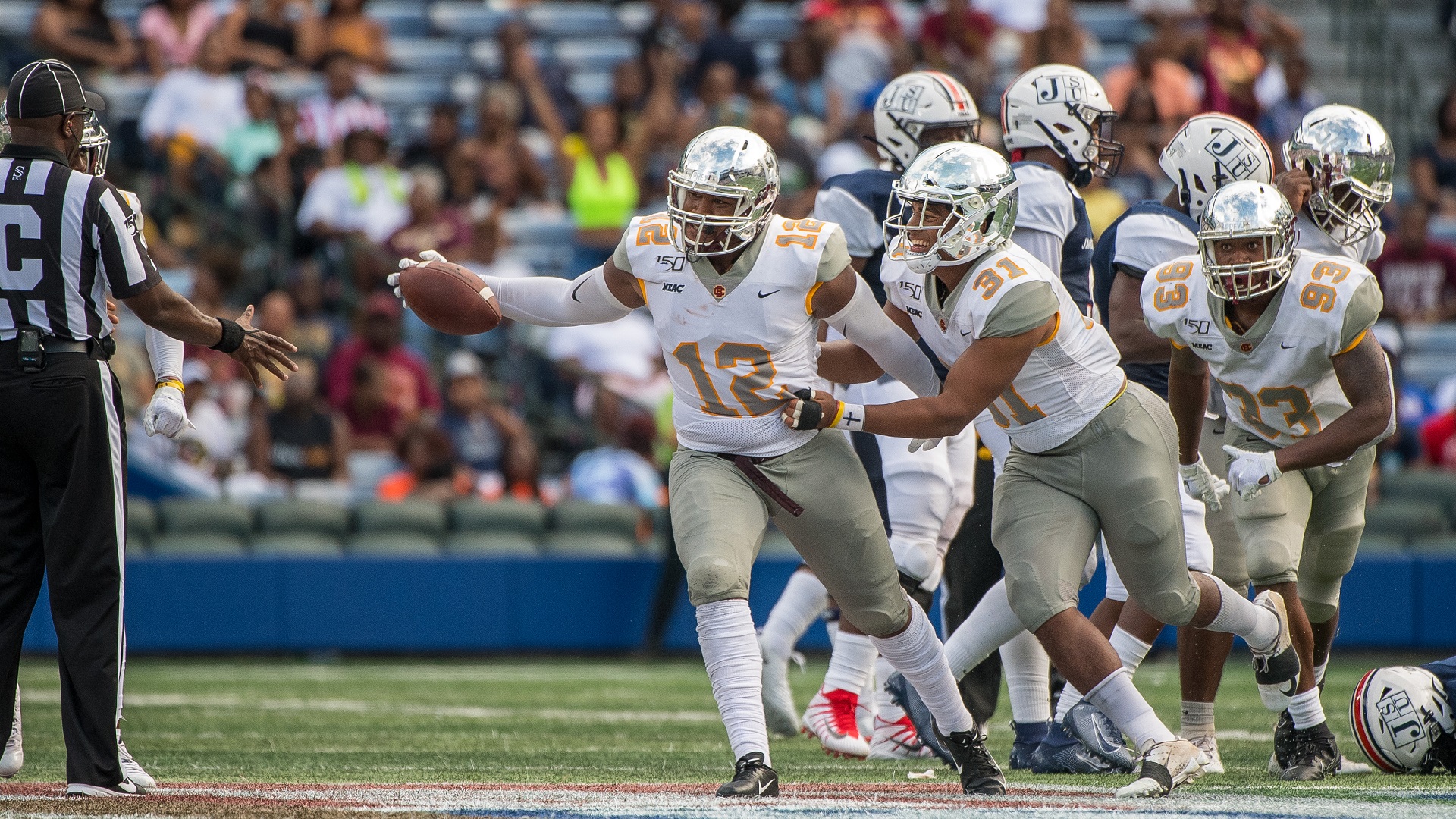 Bethune-Cookman could be SWAC sleeper

Bethune-Cookman has consistently been one of the best teams in the MEAC. And beaten SWAC teams. So why is it projected so low?

Bethune-Cookman enters the 2021 football season embarking on a new era by joining the SWAC. After being a perennial power in the MEAC for over 25 years, you would think that would earn it a higher ranking than fifth in the SWAC’s East division — but that’s not the case.

BCU will have to earn its respect in the SWAC, despite consistently beating schools in that conference and its new division.

“It’s new, but change is good,” B-CU head coach Terry Sims said at media day. ‘Being in the SWAC is a chance to develop new relationships, new rivalries. We’re leaving a lot of them behind in the MEAC, but its time for a change, I guess that’s what our administration thought, and we’re in the SWAC now. We play a SWAC school every year, so it’s not anything new to us, we’ll just have a complete SWAC schedule.”

Bethune-Cookman has holes to fill

Also new for B-CU this fall will be its starting quarterback. Two-year starter Akevious Williams is gone, and there appear to be several candidates to replace him. There are six of them listed on B-CU’s roster for this fall, including Marcus Riley, who played running back in 2018 and 2019 after starring as a QB at Rickards High in Tallahassee.

There are several returning backs for the Wildcats. Players at that position to keep an eye on might be LaDerrien Wilson, a 5’10, 210 pound back who started his career at Maryland in 2016, and Que’Shaun Byrd who is a threat to score any time he touches the ball.

Tight end Taron Mallard is the leading returning receiver for B-CU. He said sitting out a year was tough, but he thinks it will help them out come fall. Mallard also said he got a chance to watch the SWAC during the spring, which he also thinks will play in their favor.

“It was very good being able to watch them and seeing who their best players are, even though a lot of people got better after the spring,” he said. “A lot of teams had players that couldn’t play and stuff like that. But it was a great time being able to see them, see where their strengths and weaknesses are and just being a fan of football, I love watching football. So it was great watching them.”

The B-CU defense will be anchored by linebacker Untareo Johnson. He is the team’s leading returning tackler with 54 stops in 2019. The former East Mississippi Community College star said he’s looking forward to playing in front of family and friends now that B-CU is in the SWAC.

“I’m very excited to play back in front of my family for at least two games. I know we come to t Jackson State and most of my family is going to drive down. I actually have family stays in Jackson, so I’m going to try to get all those tickets that week so all my family can get in free. It’s going to be a good game. I plan on playing big, giving them something to drive down for.”

Bethune-Cookman has a lot of holes to fill, and it hasn’t played since 2019. But picking it to finish fifth in the SWAC East will likely to prove to be a big miscalculation. Don’t be suprised if B-CU is in the mix for the SWAC title all the way until the end.

Bethune-Cookman could be SWAC sleeper